The excitement was tangible at the Award Ceremony for SpaceX’s Hyperloop Pod Competition. Amid great interest, the TU Delft students won the competition in Los Angeles. A year ago, Elon Musk, CEO of SpaceX, challenged the 27 teams from all over the world to construct pods for the Hyperloop – a futuristic transport concept that could propel people and goods through tubes at extremely high speeds. During the weekend, the teams were invited to test their pods in a 1.2 km-long tube located adjacent to the SpaceX grounds in Los Angeles.

‘It was precisely this award that we had set our sights on. We tried to focus on every aspect and to create a pod that could easily be scaled-up,’ explained team captain Tim Houter. ‘And our hard work has now been rewarded, it is fantastic.’ The Delft Hyperloop team also received the award for the best construction and design. Students from the University of Munich went home with the other prize, awarded for the highest average speed. 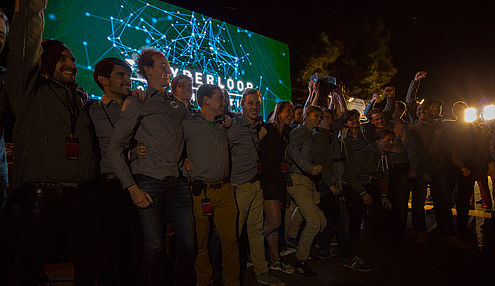 Last weekend, the Delft Hyperloop team competed with 26 other teams for first place in the SpaceX Hyperloop Pod Competition. The teams were challenged to achieve the highest possible speed in trials in a 1.2 km-long tube located next to the space travel company’s headquarters in Hawthorne, Los Angeles. A jury judged the half-scale pods based on considerations including reliability, design and scalability. The TU Delft team was ultimately awarded the overall prize.

The Hyperloop Pod Competition was launched by Elon Musk, founder of SpaceX and Tesla Motors. Musk personally opened the final, and visited the TU Delft team stand. With the competition, Musk is keen to stimulate the development of a revolutionary type of rapid, low-energy transport, which would be capable of transporting people and goods through extremely low-pressure tubes at speeds of 1,200 km/h. Taking up Musk’s challenge, student teams from all over the world designed, built and tested Hyperloop pods.

The pod entered into the competition by the TU Delft students is extremely lightweight: the use of carbon fibre, which is both light and strong, means that the TU Delft pod weighs just 149 kg. The pod itself is approximately 4.5 metres long and 1 metre high. Magnets are used to allow the pod to hover above the track, which means that very little energy is lost. Speeds of approximately 90 km/h were recorded during the competition.  In a longer tube, the TU Delft prototype should be able to cope with speeds of up to 1,200 km/h. 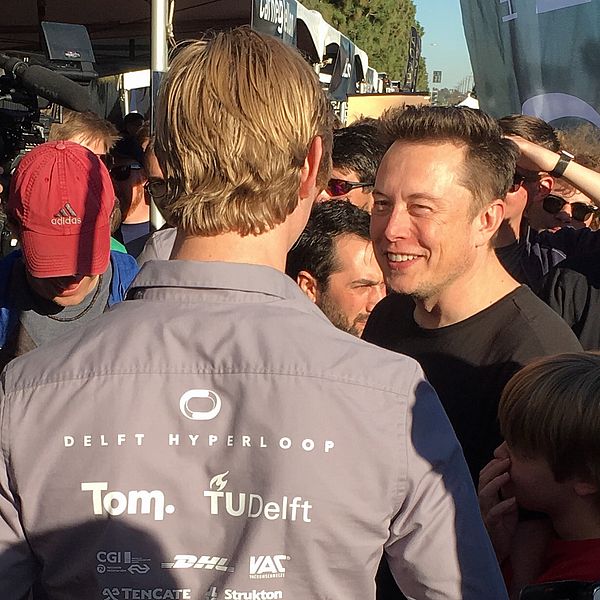