The Department of Geoscience & Engineering takes part in EPOS-NL, the Dutch contribution to the European infrastructure for geosciences, natural hazards and geo-resources. This project is one of the ten awarded proposals in the National Roadmap for Large-Scale Scientific Infrastructure by NWO.

The EPOS-NL project is the Dutch contribution to the European Plate Observing System (EPOS), the Europe-wide infrastructure of geological sciences, geo-hazards and resources. The aim of EPOS-NL is to develop the necessary infrastructure for enabling scientific breakthroughs in our understanding of man-made geo-hazards, such as subsidence and earthquakes brought on by gas extraction. The EPOS-NL infrastructure also enables research into new geological resources, such as geothermal energy production and underground energy storage. The project has been allocated €12,272,000 by the Netherlands Organisation for Scientific Research NWO. TU Delft’s partners in the consortium are Utrecht University (in the role of coordinator) and the Royal Netherlands Meteorological Institute KNMI.

About the National Roadmap

NWO has allocated €138m to a total of ten projects in the National Roadmap for Large-Scale Scientific Infrastructure. The funding make it possible to build or modernise top research facilities with an international allure.

More on the National Roadmap for Large-Scale Research Facilities.
Or see the press release of NWO. 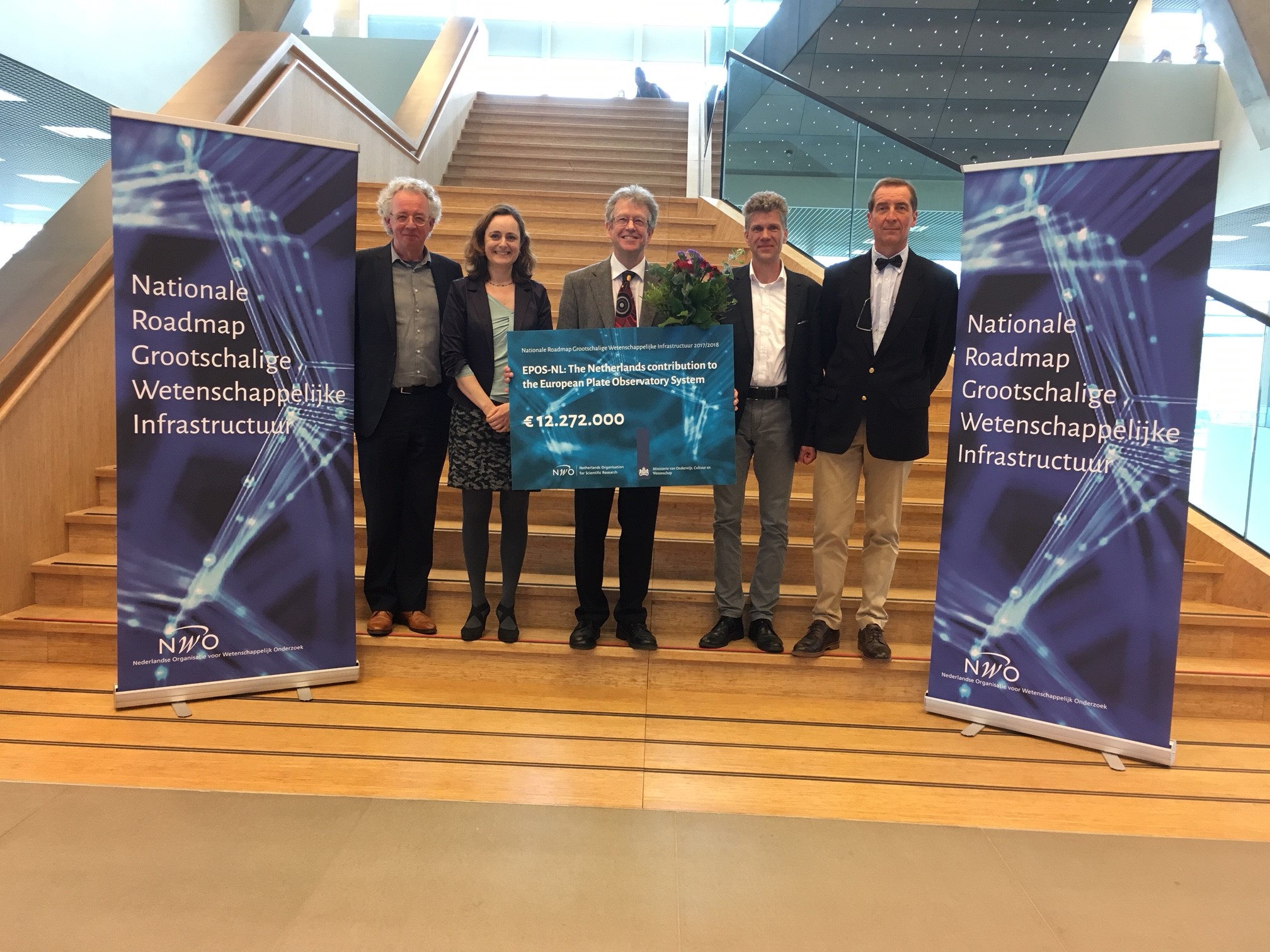