The International Metabolic Engineering Award is presented every two years by the International Metabolic Engineering Society (IMES), a community within the American Institute of Chemical Engineers’ (AIChE’s) Society for Biological Engineering, recognizes an outstanding career contributor to the field of metabolic engineering. Pronk is being honored for his contributions to metabolic and evolutionary engineering of yeasts for the production of biofuels and chemicals.

Pronk responded to the news on Twitter: “I'm immensely happy and grateful at having been elected winner of the 2018 International Metabolic Engineering Award. THANK YOU current and former students, colleagues and collaborators, at TU Delft and elsewhere, for the inspiration and support throughout my career!” 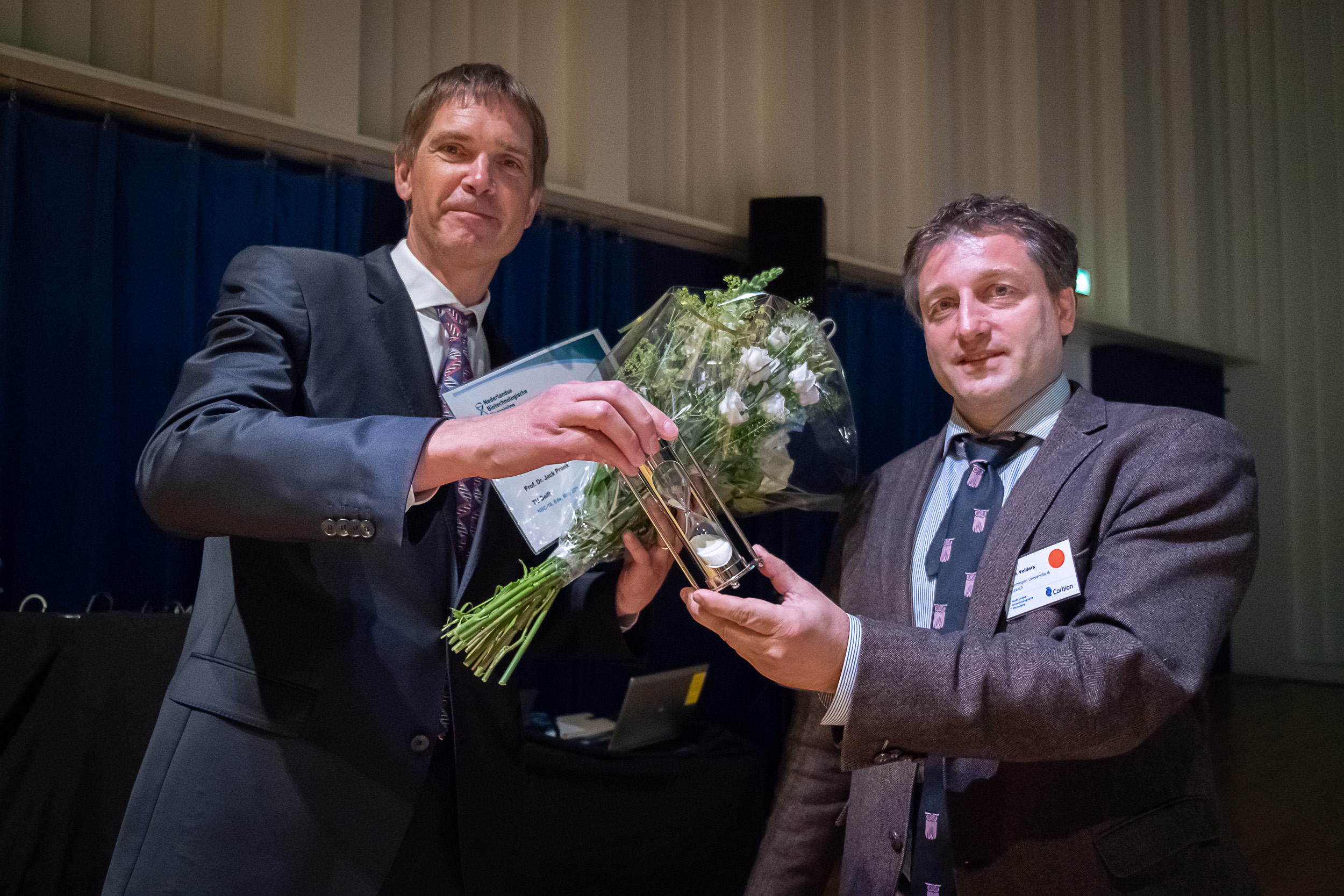 A jury consisting of Prof. Aldrik Velders (Wageningen University and chairman of the Dutch Biotechnology Association), Dr. Dennis Claessen (Leiden University) and Dr. Nick van Biezen (Koppert BV and Zilveren Zandloper Education winner in 2010) assessed the nominations. The jury concluded that Prof. Jack Pronk excels at both teaching and research. The students  idolize him and rate his courses very highly. His passion for biotechnology and the patience he shows as a teacher are characteristic for him. His contribution to education in biotechnology is of great importance to both Delft University of Technology and the biotechnology community in the Netherlands.

"Many thanks to the Dutch Association of Biotechnology for the wonderful ‘Zilveren Zandloper’ for education, which I received today in Ede - and to all the students with whom I had and have the privilege to work!" Pronk wrote on Twitter after receiving the prize.

Read the laudatio of the Zilveren Zandloper award here.