Since the breakthrough discovery of the Majorana particle in 2012 in Delft, researchers faced great challenges. An international team of researchers from the Netherlands (QuTech, Microsoft and Eindhoven University of Technology) and United States (JQI Maryland, UC Santa Barbara) joined forces to understand the next steps required to improve the experiments. Now, the scientists provide a complete toolbox for the final proof of Majorana existence, paving the way towards Majorana quantum bits. They publish their work in Nature.

*13 MAY 2020 – Expression of caution: It has recently been established that errors have occurred in the manner in which raw data have been processed the 2018 Nature publication Quantized Majorana conductance. Nature is working with the authors to resolve the matter, but in the meantime, readers are cautioned against using results from this publication.*

Majorana
In 1937, Ettore Majorana predicted a new, fundamental particle that is later named after him: the Majorana particle. The particle has the property of being its own anti-particle. Researcher Hao Zhang: ‘this is very special, usually there is an opposite property in the antiparticle, such as charge: the antiparticle of the electron is the positron.’
Majorana quasiparticles appear in materials in extremely restricted conditions. When a nanowire made from a semiconductor is connected to a superconductive material, researchers see a so-called zero-bias peak in the case of certain electric and magnetic fields. This signal is the main characteristic of the presence of Majoranas.

Complete toolbox
In the first experiment of 2012, the zero-bias peak was noisy, and difficult to see. This made the Majorana appearance debatable. In the years that followed, researchers worked very hard on improving the theory, materials and the experimental fabrications. The past months multiple breakthroughs followed each other, completing the research trilogy. Transport in the required materials is improved in two steps: high-quality interfaces and superclean Majorana transport. Furthermore, the design of nano-hashtags allowed for future exchange of Majorana particles, the final step required for topological quantum computing.
Now the researchers combine all improvements in an experiment to show the quantized conductance of the zero-bias peak. This perfect quantization of the Majorana conductance fits perfectly with theories on the existence of the Majorana’s. Zhang: ‘it is a direct consequence of the particle-antiparticle property.’

Perfect quantum computer
This experiment closes a chapter in the quest for Majorana particles, and opens a new chapter to work towards quantum information processing based on their properties. Their unique physical characteristics make the Majorana particles much more stable than the majority of other qubits. Making and regulating these Majoranas on the way to creating this topological quantum computer is still challenging. The level of control and understanding that is reached now, allows for the exploration of Majorana quantum computing.
The researchers now aim to combine the previous breakthroughs in one experiment to realize a qubit based on four Majorana particles. ‘For that, we need to scale up to more complicated networks such as the nano-hashtags, ‘Hao Zhang explains, ‘and then we finally have a qubit that is protected by its own topology.’ 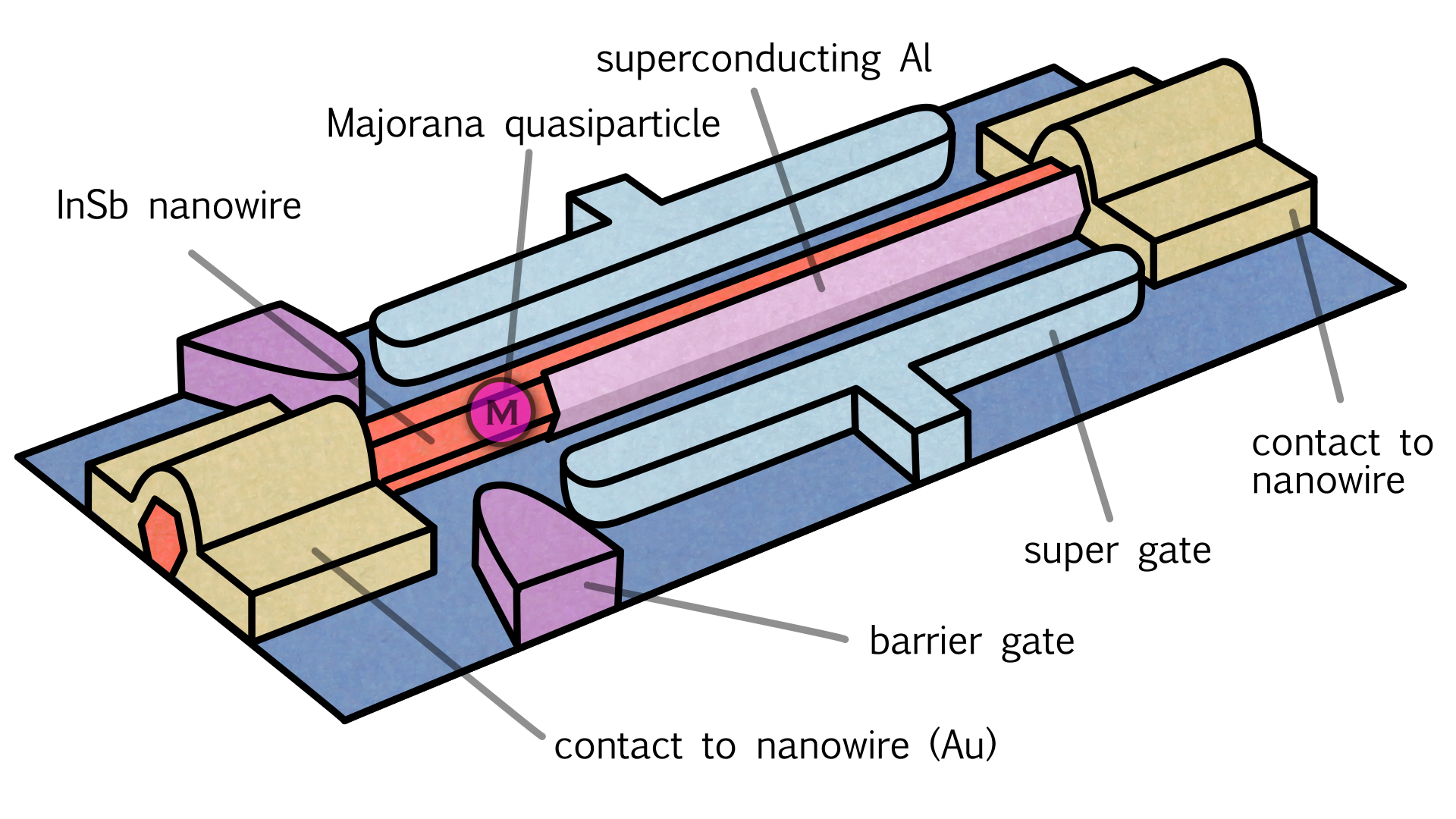