Delft Hyperloop in final of the SpaceX Hyperloop Pod Competition

On Sunday 22 July, the Delft Hyperloop student team from TU Delft competes in the final of the Hyperloop Pod Competition at SpaceX headquarters in Hawthorne, California. During the final, four student teams take on the challenge of racing through a 1.2-kilometre test tunnel, built by SpaceX in 2016. The Hyperloop is a super-high-speed futuristic mode of transport, conceived by Elon Musk.

Only just made it

Before the team became one of the four finalists to be allowed to test its hyperloop pod in the official test tunnel under vacuum conditions, it spent a week enduring the compulsory safety and vacuum tests at SpaceX. After a successful start to the test week, the students ran into difficulties with the software. Then, during Friday night and the early hours of Saturday, unstable software and electronics caused the last reserve on-board computer to burn out. It seemed highly unlikely that they would be able to resolve the problem in the remaining time. But wanting to make the most of their time with SpaceX, the team decided to keep going throughout Saturday. They managed to repair an old on-board computer and were even able to pass the last three tests, unexpectedly securing a place in the coveted final. "The last few hours were nerve-racking. We were ready to give up but somehow found the strength of mind to keep going, so we couldn't be happier," says team manager Edouard Schneiders.

One year ago, 400 teams from across the world signed up for this year's Hyperloop Pod Competition. There were several selection rounds and 20 teams were invited to take part in the competition. After an intensive test week, just four teams now have the opportunity to test their pods at full speed in the hyperloop tunnel on the SpaceX terrain: the ‘WARR Hyperloop’ team from Munich, ‘Washington Hyperloop’ from Washington and the ‘EPFLoop’ team from Zurich also secured a place in the final. As well as a place in the final, the Delft team has also been asked to present its vision of the future to Elon Musk.

Due to the time difference in Los Angeles (GMT -7), the results of the final will be announced in the Netherlands on Monday morning.

Images:
Above: The team loading its pod onto the track for the final safety test.
Below: The software engineers work in shifts through the night in the back garden of the address where they are staying. 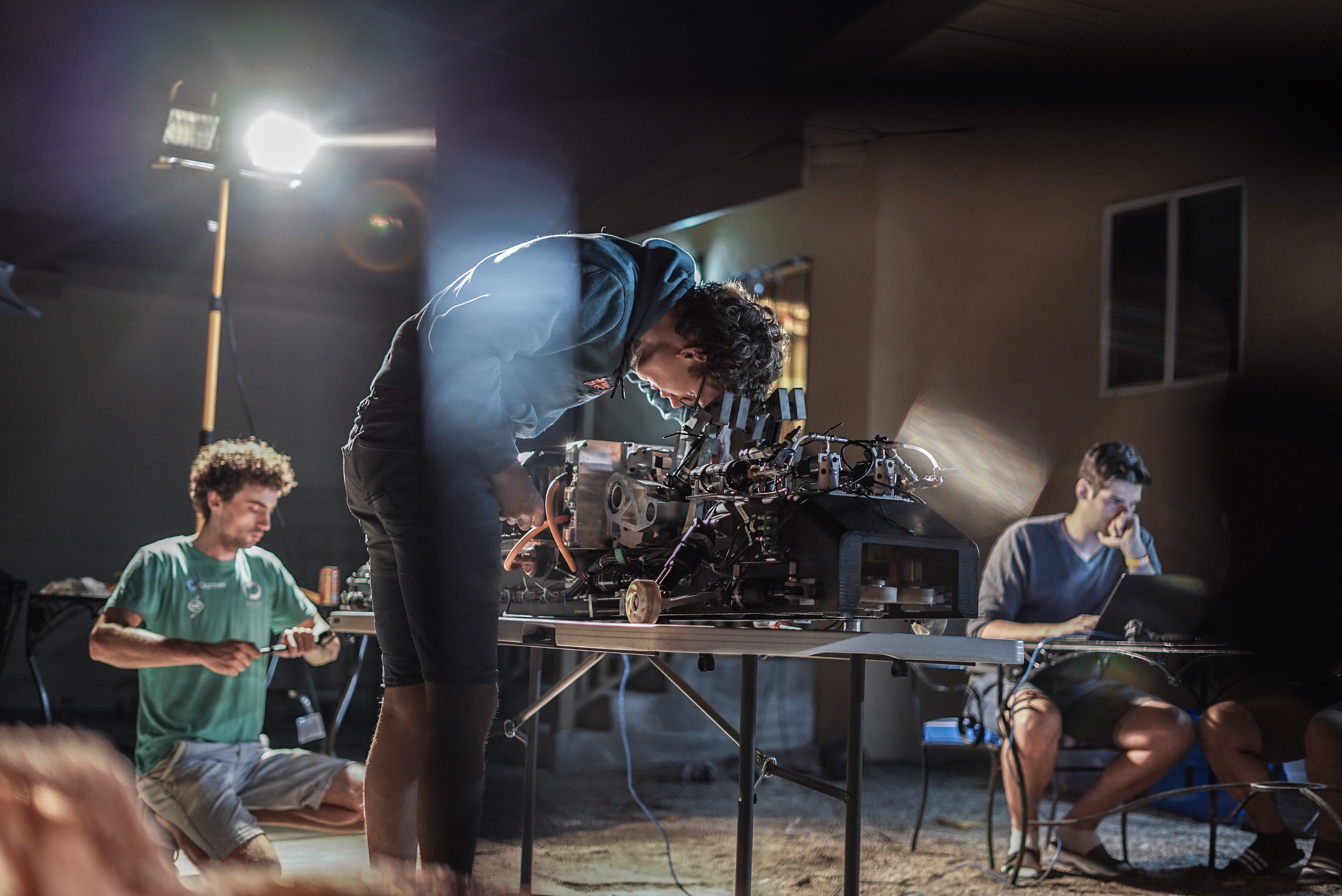