Finding the sweet spot for transparency and control in music recommendations

In music recommender systems, it’s important to design user control that hits the sweet spot between the perceived quality of recommendations and acceptable cognitive load, concludes TU Delft researcher Nava Tintarev. Together with colleagues from KU Leuven, and research with the Spotify API, she will present these findings at the ACM Conference on Recommender Systems in Vancouver, on Wednesday October 3rd.

Traditional user interfaces of recommender systems present the recommendation results with limited feedback possibilities, only allowing the users to indicate how much they like a recommendation. In contrast, Interactive Recommender Systems improve user satisfaction and perceived effectiveness by providing a visualization where users can inspect the recommender process and control the system to receive better recommendations.

To better understand the interaction between different types of controls, it is necessary to take into account the influence of an individual user’s personal characteristics and test combinations of control components. ‘Nobody has yet investigated how interaction among different control components influences the cognitive load and recommendation acceptance, for users with different personal characteristics. Our study, carried out together with KU Leuven, aims to provide the groundwork for developing recommender systems which offer rich user control, while ensuring acceptable cognitive load.’ 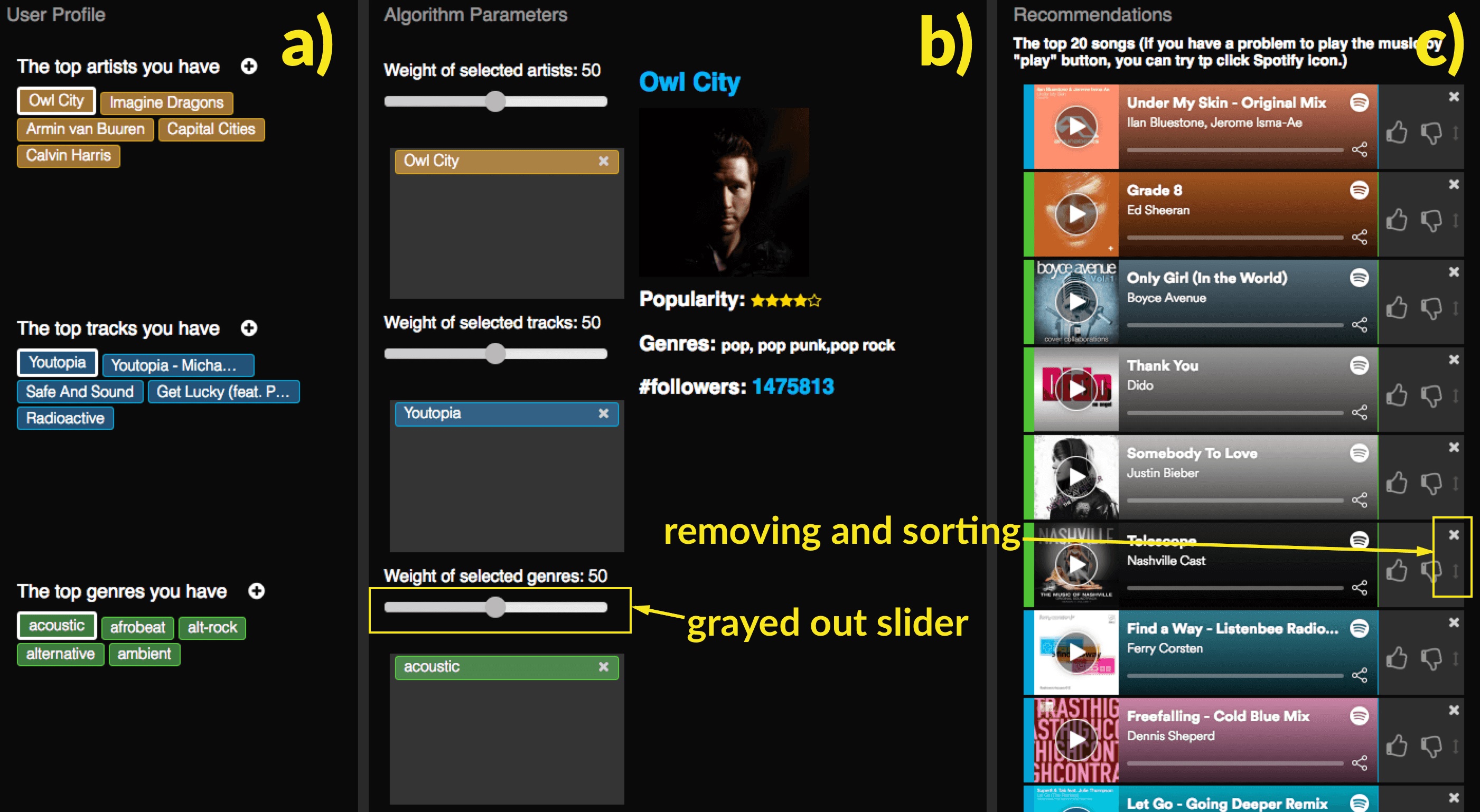 It is possible in the Spotify API to specify the track attributes which affect recommendations such as loudness, danceability, and valence. The researchers used four scenarios for the user task of selecting music. The used scenarios include: Rock night - my life needs passion; Dance party - dance till the world ends; A joyful after all exam and Cannot live without hip-hop.