In-depth analysis of safety for swimmers around the Sand Engine

Pumping huge volumes of sand onto the coastline has effects on currents, waves and swim safety. Max Radermacher has compiled the first analysis of this problem to allow targeted measures (such as extra coastguards) to be taken where necessary. Radermacher will be awarded a PhD at TU Delft for his work on this subject on Friday 15 June.

‘In the Netherlands, the hydraulic pumping of sand to form new beaches has become a tried-and-tested method for combating coastal erosion. But these supplementations can influence the currents and waves off the coast and form a potential danger for swimmers,’ says Max Radermacher. ‘So my research focused on analysing the effect of supplementations on currents, waves and the safety of swimmers. The Sand Engine, a huge experimental supplementation to the south of The Hague, was my central case study.’

The research brought several interesting current patterns to light thanks to current measurements at sea and computer models. The presence and distribution of beach-goers on the Sand Engine was monitored with cameras to assess the influence of these current patterns on the safety of swimmers.

Although the tidal eddies clearly have an impact on the currents and sand movement around the Sand Engine, their influence on the safety of swimmers is limited, says Radermacher. ‘One of the reasons is that practically nobody swims on the sections of the Sand Engine where the eddies could potentially cause dangerous currents, because it's such a long way from the paths leading to the beach, the car parks and the restaurants.’

According to Radermacher, there is a definite risk of rip currents along the entire section of coast, including the parts that are popular with visitors. ‘But this phenomenon only occurs if the waves are high. On the North Sea coast, this only really happens in bad weather when very few people swim anyway.’

The biggest risk is posed by the tidal currents in the artificial lagoon, which is part of the design of the Sand Engine. ‘The strength of the currents in the channel that connects the lagoon with the North Sea was particularly powerful in the first few years. This part of the Sand Engine attracts lots of beach-goers on sunny days. The risk has decreased in recent years, as natural processes have altered the shape of the access channel.’

The research enables engineers to gauge the safety of hydraulically pumped sand beaches in advance and adapt the designs accordingly. In addition, safety measures such as extra coastguards can be taken where necessary (as is the case with the Sand Engine).

Radermacher: ‘It is important to analyse the safety of these beaches for swimmers. My main aim was to bridge the gap between social research (how do people behave) and technical research (what are the physical processes that occur). In addition, this fundamental data about currents and waves around the Sand Engine will help us to understand sand movement and coastal erosion, and ultimately protect us from flooding.’

Other stories on this subject: 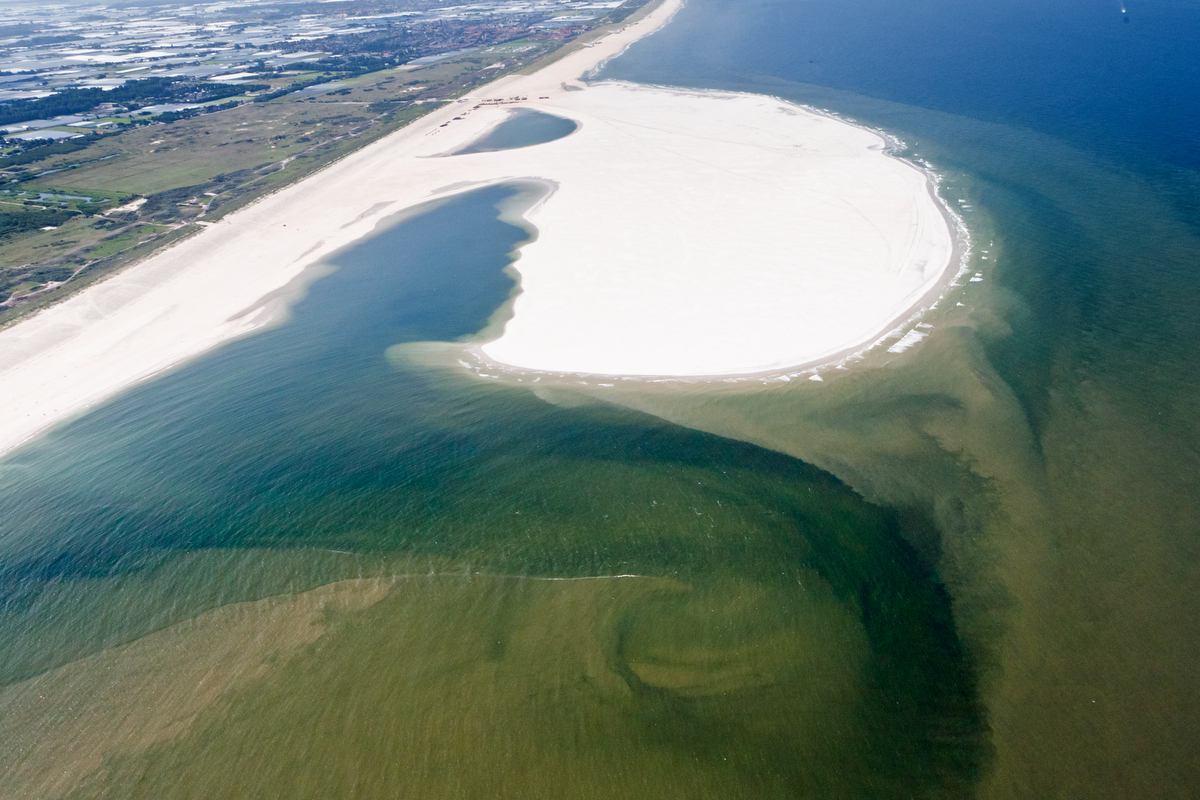