Last Wednesday, at the qualification for the starting position at the Sasol Solar Challenge 2018 in South Africa, the Japanese were just one second quicker than the Nuon Solar Team. So the Dutch team will start at Saturday 22 September, with their solar car Nuna9S, on the second position.

The qualification took place on a street parcours North of Pretoria, where Nuna9S had to prove itself on a slalom of 400 metres. It was the first confrontation between the 9 teams participating in the eight-day race over a distance of 4,500 km. "Nuna felt good and was stable on the road during the slalom," says Jelmer van der Hoeven (qualifying driver and one of the drivers during the race). "I am confident that we can handle the various landscapes of South Africa. It will be exciting, with our intelligent cruise control we will have a good chance to beat the Japanese team Tokai."

Support of the Dutch Ambassador
The Nuon Solar Team got moral support of the Dutch Ambassador in Pretoria, Han Peters: "Netherlands is known for its innovations in the field of renewable energy and energy efficiency. With ambitious climate goals in mind, such as 40% less CO2 emissions in 2030, we need smart thinking and thinking together. Fortunately we have intelligent, young people of the Delft University of Technology to work at smart ideas." Saturday 22 September Peters will join the start of the Sasol Solar Challenge in the convoy behind Nuna9S. For driver Pauline Overes that day will be very exciting: she is going to maneuver the solar car with 110 kilometres per hour on a busy six-lane highway, driving at the left. 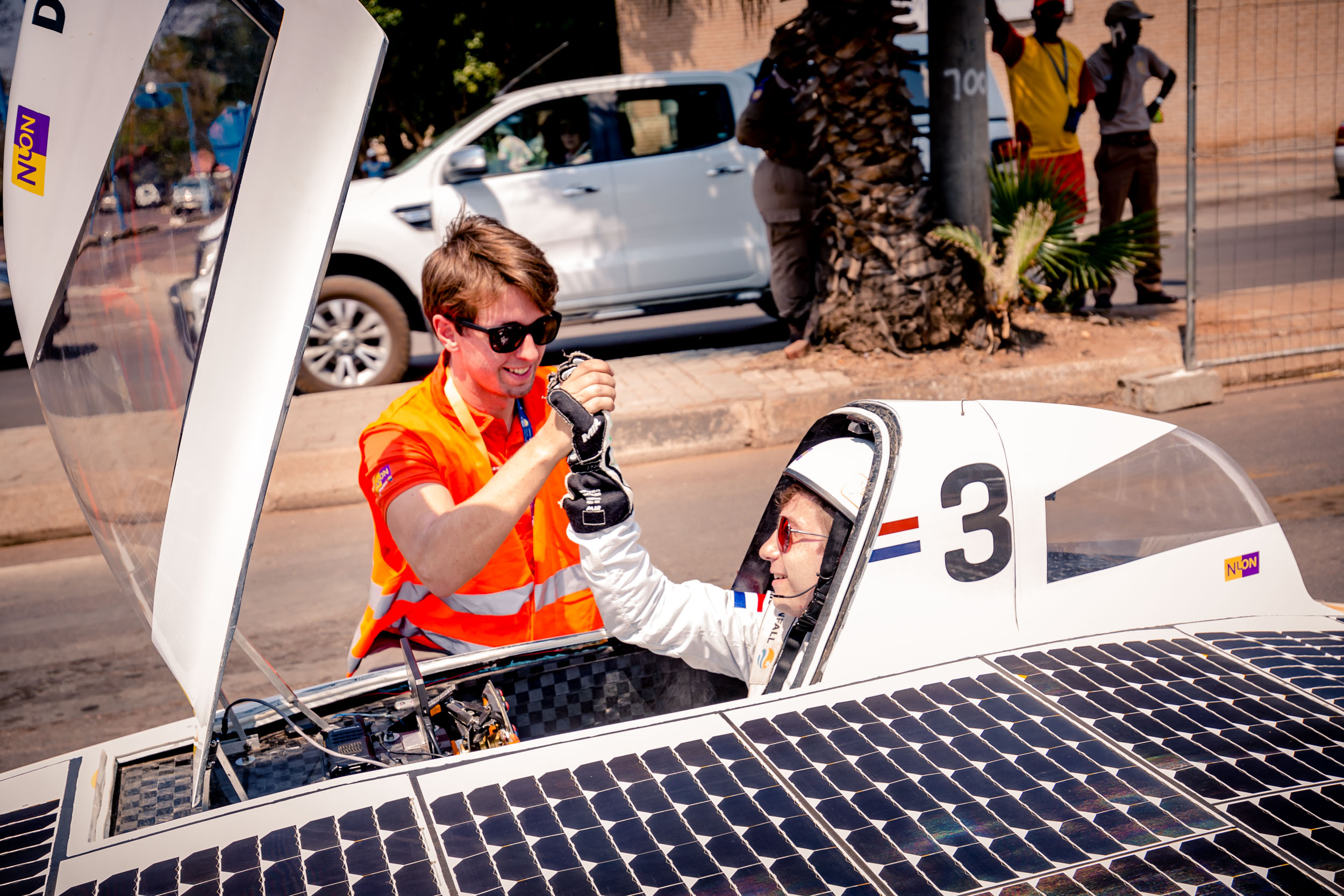