The Nuon Solar Team has won the Sasol Solar Challenge in South Africa once again. During a couple of exhausting days, filled with technical setbacks as well as human error, the team twice lagged far behind their Japanese rivals. However, they managed to get back in leading position. “We gave it everything we could”, says Martijn Hoogelander, who drove Nuna9S over the finish. “We are super proud of this result.”

The Nuon Solar Team managed to drive 4030.4 travelled kilometres in eight days, whereas the Japanese totalled 3941.4 kilometres in the South African solar race. 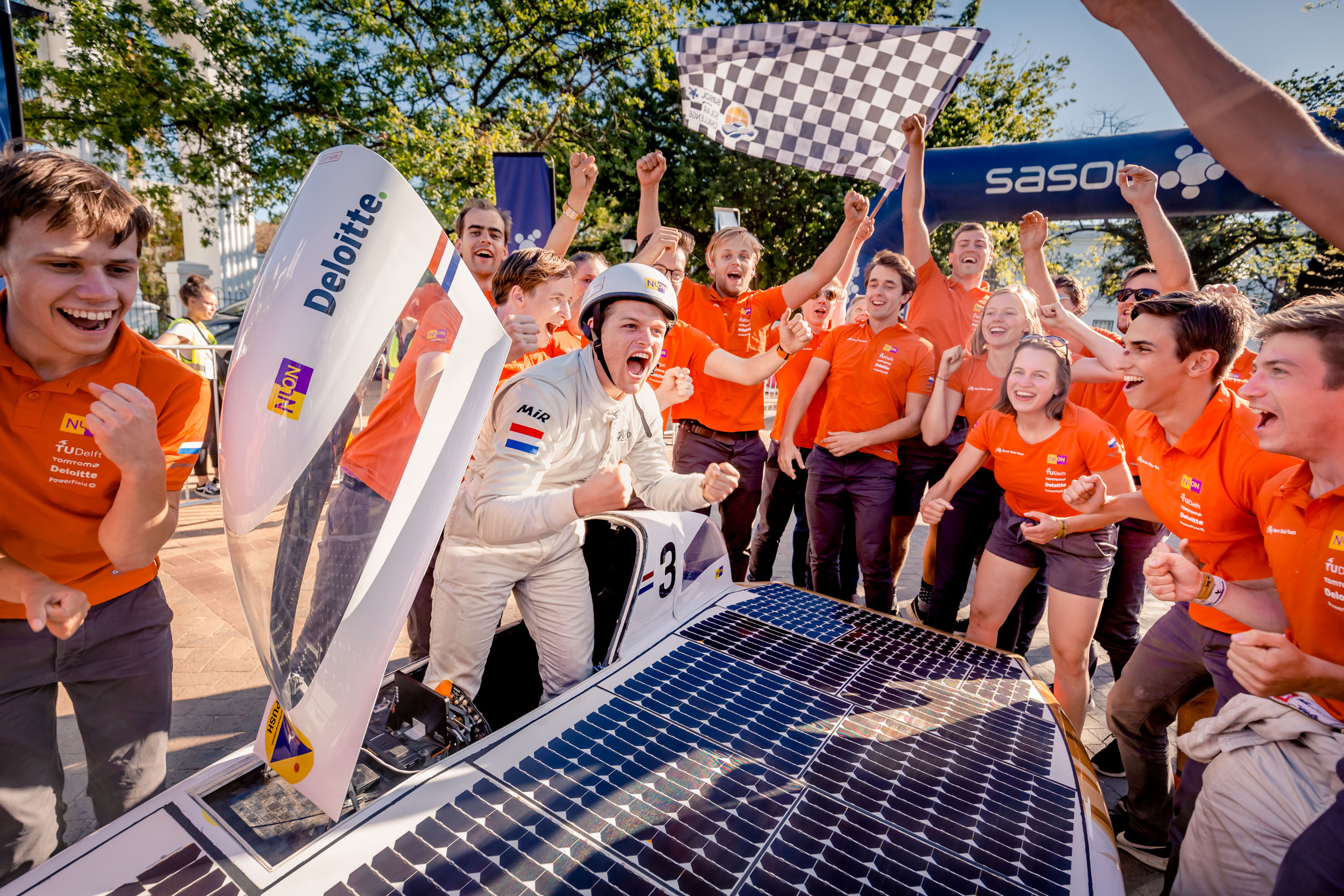 Disbelief and euphoria for the Nuon Solar Team after winning the world title. Photo by Jorrit Lousberg.

The Dutch team won the Sasol Solar Challenge in 2016, 2014 and now in 2018. This year, the race took a dramatic turn of events two days before the finish. The Nuon Solar team, then in the lead, received a penalty from the organisation’s independent panel of judges. A team member, who was feeling unwell, was about to board Tokai’s mission control car after already having mistakenly placed his backpack in it. The Japanese team filed an official complaint against this ‘violation of privacy’. As a result, the Nuon Solar Team was penalised over a hundred kilometres of their total travelled kilometres and thus lost their lead to Tokai.

Having overcome all that and emerging triumphant, the Dutch were understandably euphoric after their victory: “It was a race with a lot of setbacks, but the entire team proved their resilience. We kept faith in ourselves and we fought for the victory”, said team manager Jelle van der Lugt. “This was a real team effort and it proves that our innovative ‘Intelligent Cruise Control’ was an effective weapon.” The Sasol Solar Challenge takes place every two years; the 2018 event was an eight-day challenge from Pretoria to Stellenbosch.