‘Where there's a will, something goes away’

The Netherlands needs to opt for a coastal system that is as adaptive as possible, taking maximum advantage of the coast’s natural resilience and its ability to organise itself. This is according to ecologist, Prof. Peter Herman, who will give his inaugural address at TU Delft on Wednesday, 9 May.

Afsluitdijk
‘If you look back at the major hydraulic engineering projects in Dutch history, you will notice that the original rationale for construction often quickly becomes outdated’, argues Prof. Peter Herman in his inaugural address in the chair of Ecological Hydraulic Engineering. ‘Take the Afsluitdijk causeway (1932) and the Zuiderzee Works, for example. The main aim of the Zuiderzee Works was to reclaim land for agriculture. But the need for it soon disappeared because of completely different developments in that period, especially the success of artificial fertiliser that dramatically increased agricultural production. So, when the Afsluitdijk was eventually in place, it turned out to be no longer necessary, at least not for the original reasons’, says Herman.

Adaptive
‘As I see it, society’s priorities and circumstances are in a state of constant flux. In the case of coastal works, my advice would be: opt for a system that is as adaptive as possible, taking maximum advantage of the coast’s natural resilience and its ability to organise itself.’

‘The ‘harder’ you make your coastal defences, the more possibilities you lose. Building a ‘wall’ in the sea, for example in the form of artificial islands in the sea, or airfields in the sea, does not seem advisable to me. That’s why I chose the title: ‘Where there's a will, something goes away...’

Coastline
Herman is not quite ready to completely write off the classic approach of sand replenishment on the Dutch coast. ‘It enables you to maintain flexibility and guarantee safety because you keep the protective line of dunes in place. For coasts with mudflats, such as the Waddenzee coast, I can also see possibilities for more flexible coastal management. There is a lot we can learn from the rest of the world about how we can use ecosystems (such as oyster reefs and mangroves) to collect sediment, thereby strengthening the coast. We need to broaden our horizons. Global trends in sea-level rises and river management or land subsidence all have a role to play in determining what is possible.’

Dredged to death
‘It is important to properly analyse where exactly the roots of a problem lie. Often the solution is to be found in something other than in hydraulic engineering itself. Take the Westerschelde, for example, an area with which I, being Flemish, have been closely involved. The Westerschelde is one of countless examples of estuaries that are currently being dredged to death. This relentless dredging is needed because the container ships are becoming increasingly larger. That marginally improves the profit margin for transport companies, primarily because the environmental costs are not charged on to them. If we were to do this, a lot of damaging intervention could be avoided.’ 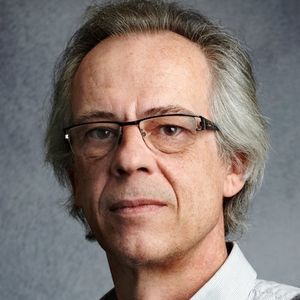 Peter Herman’s chair is sponsored by the World Wide Fund for Nature. The WWF aims to bring ecology closer to students of hydraulic engineering. According to the WWF, coastal protection and nature conservation are not opposing forces, but can actually complement each other in a ‘Working with Nature’ approach. Herman: ‘By working together as ecologists and engineers, we can make coasts that are more resilient, more attractive and more future-proof than what any of us could achieve individually.’