Scientists from the e-Refinery initiative, launched last year by Delft University of Technology, are working on a radical adjustment of the chemical industry, currently still based on fossil raw materials, towards electricity-based sustainable production of chemicals and fuels. What makes the initiative unique is its cross-border approach: by joining scientific disciplines, the transition is being accelerated. This is a matter of urgency: our chemical sector will have to replace its traditional raw materials and energy sources with sustainable ones in time if our country wants to be CO2 neutral by 2050. Due to the scale and complexity of the challenge, we have to look far ahead. Recent publications from e-Refinery do exactly that: in recent weeks, researchers have published on the scalability of sustainable chemical production processes based on electricity and on the carbon footprint of new technologies.

Strong ambitions
The objectives of the international climate agreement in Paris or that of her Dutch sister, the recently presented ‘klimaatakkoord’, are ambitious to say the least. Compared to the 1990 level, greenhouse gas emissions must be reduced by 49% in 2030 and by as much as 95% in 2050. This has significant consequences for our chemical industry. The chemical processes that this industry is currently using on a large scale will have to change fundamentally; we will have to look for higher efficiencies, more reuse, alternative raw materials and alternative sources of energy.

Electrification
All options for achieving this are currently being considered, but it is clear that electrification of chemical production processes will be necessary. The field of electrochemistry plays an important role here, as it revolves around making chemical connections using electricity. This offers opportunities not only for the large-scale production of organic compounds without having to burn fossil fuels, but also for the large-scale storage of energy in times when renewable energy sources produce more than is needed. For example, with the help of electricity, CO2 from the air together with water can be converted into simple molecules that serve as raw materials for the production of fuels or plastics. This process is an example of electrolysis. Scientists are studying and improving such chemical processes. They are working hard to develop catalysts, materials and equipment that make electrolysis cheaper.

Huge scale
This work now mainly takes place on a laboratory scale. So, there is still a long way to go. Anyone visiting one of the Dutch chemical clusters, for example in the Europoort/Botlek area or the Eemshaven, will quickly realize that the enormous scale of production by the chemical industry makes a rapid and painless transition impossible. There are high costs involved. And if that transition is to be completed in 2050, then the chemical plants of the future must be built from 2040 or even 2030 onwards. This leaves little time to develop, test and scale up new chemical processes.

If we do not start testing on a relevant, large scale in time, we may develop electrolysis routes that cannot be scaled up at all. If we want to find the desired catalysts on time, we have to think ahead.

The Netherlands cannot sit back and rely on the many small steps that scientists worldwide are currently taking. Instead, our country needs to put on seven-mile boots and take well-considered big steps. What’s more, the individual stakeholders involved - governments, business, academic disciplines - cannot take these steps without each other. The Delft e-Refinery initiative was created last year to point the way for that approach. Within e-Refinery, around forty scientists from the Faculties of Mechanical, Maritime & Materials Engineering (3mE), Applied Sciences (TNW), Electrical Engineering, Mathematics and Computer Science (EWI) and Technology, Policy and Management (TPM) work together to enable multidisciplinary research, not just on the laboratory scale but also on a much larger scale. In recent weeks, scientists from e-Refinery have come up with new results.

For example, in the journal Energy & Environmental Science, mechanical engineer Dr Thomas Burdyny and chemical engineer Dr Wilson Smith provide advice on testing future catalysts.
Burdyny: “The development of new catalysts is essential for our search for a form of electrolysis that is efficient on a large scale. Only with the right catalyst can we remove CO2 from the atmosphere and pump it into our economy. Our research now shows that the scale on which the chemical process is implemented (in technical terms: the current density) influences catalytic parameters that determine the efficiency of the process as a whole. In other words, if we do not start testing on a relevant, large scale in time, we may develop electrolysis routes that cannot be scaled up at all. If we want to find the desired catalysts on time, then we have to test at industrial scales.” 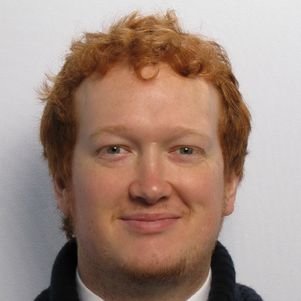 Recent results from energy scientist Prof. Andrea Ramirez Ramirez (also published in the journal Energy & Environmental Science) try to steer future developments in the right direction. She studied how so-called ‘negative emission technologies’ determine their carbon footprint.
Ramirez Ramirez: “There is a lot of attention for techniques that use more greenhouse gases than they emit, and therefore have a ‘negative emission’. But because of large differences in carbon footprint assessments, we run the risk of wasting time on techniques that could cause an unintentional net increase in greenhouse gases. We propose four criteria for reliably labelling technologies as negative emissions technologies. In short, there must be capture and permanent storage of greenhouse gasses, with the inevitable emissions to achieve this being known in detail and less than the amount of captured greenhouse gas.”

There is a lot of attention for techniques that use more greenhouse gases than they emit. But because of large differences in carbon footprint assessments, we run the risk of wasting time on technologies that could cause an unintentional net increase in greenhouse gases.

The work of Burdyny & Smith and Ramirez Ramirez are excellent examples of the e-Refinery approach. Burdyny: “Changing our energy system is an immense challenge. It requires breakthroughs at the scale level smaller than a human hair up to the scale of entire countries. Collaboration between science and industry and between multiple disciplines is essential. This is the approach of the e-Refinery initiative.”
e-Refinery was established to enable the process of electrification of the chemical industry and integration with the energy sector on all fronts. In consultation with Dutch industry, it was decided to start with three bulk chemicals: hydrogen, formic acid and ethylene. After that, the electrochemical production of methane and methanol, carbon monoxide and ammonia will also be examined. Only through such a large-scale electrification will fuels become CO2 neutral in the future.This objective of e-Refinery is inextricably linked to that of smart electricity storage. By integrating the two sectors, surpluses or shortages can easily be exchanged between electricity-consuming industry and electricity suppliers. To achieve both objectives, e-Refinery follows an integrated approach; from material design in the laboratory to integration in large-scale systems.Ramirez Ramirez concludes: “Preventing disastrous climate change is a race against time. It requires international cooperation and technological development as we have never seen before.”