Guaranteeing freshwater with a virtual delta

Freshwater is vital for drinking water, nature, agriculture and industry. However, the availability of freshwater is under pressure in deltas throughout the world. Salty seawater is penetrating further up the rivers due to human intervention, such as the deepening of waterways, as equally climate change.

Within SALTISolutions, led by Julie Pietrzak (professor Pgysical Oceanography,  researchers together with the partners involved such as Rijkswaterstaat, water boards, port authorities and dredging companies, will produce a virtual model (digital twin) of the Rhine-Meuse Delta. This model will integrate knowledge about processes on various spatial and time scales: from turbulent flows at the smallest scale level to the consequences of climate change in the long-term.

They will use this to predict how, where, when, and how long salt from seawater will penetrate, and how measures such as implementing nature-based solutions influence the freshwater supply. These insights will be tested worldwide, as a result of which the position of Dutch delta technology will be further strengthened.

All other TU Delft researchers involved:

Perspectief is a programme of the Dutch Research Council (NWO), funded by the Ministry of Economic Affairs and Climate. These research programmes challenge scientists to closely work together with businesses and civil-society organisations on new lines of research that impact the economy and society. 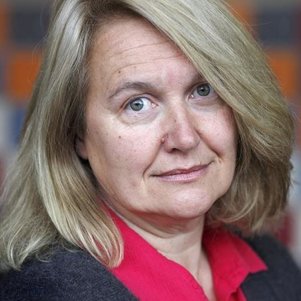 Read the interview with Julie Pietrzak on h2owaternetwerk.nl (in Dutch)