The Executive Board has appointed drs. Aukje Hassoldt as Dean of the Faculty of Technology, Policy & Management (TPM) with effect from 1 October 2019. She succeeds Professor Eric Fischer, who has been interim dean at TPM since October 2018.

Aukje Hassoldt studied physics at the VU Amsterdam. After graduating she joined Rijkswaterstaat, the executive agency of the Ministry of Infrastructure and Water Management, where she held various positions, including that of senior project manager for water management, and led a number of public administration projects. Between 2005 and 2008, she was head of staff at the National Institute for Integrated Freshwater Management and Wastewater Treatment (RIZA), where she was involved in the formation of Deltares. Between 2008 and 2014 she worked at the Netherlands Organisation for Applied Scientific Research (TNO), first as Business unit manager Environment, Health and Safety, and later as Director of Research Earth, Environmental and Life Sciences. 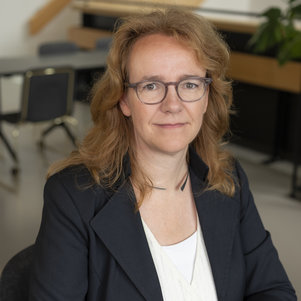 On 1 December 2014 she joined the National Institute for Public Health and the Environment (RIVM) where she is currently interim director of IT and interim CIO. Before that, she was head of the RIVM Centre for Safety & Security, that combines expertise in safety and security with insights from behavioural sciences, crisis management and risk communication. Aukje Hassoldt is also chairman of the National Network for Risk Management. She has more than ten years of experience in managing groups of 100 to 400 employees with a multidisciplinary character.

The Executive Board is pleased with this appointment. “Education and research at TPM stand out because of their combination of natural sciences and technology with insights from economics, the humanities and the social and behavioural sciences. Thus the faculty holds a special place both within the university and society,” said Tim van der Hagen, President of the Executive Board. “We believe that in Aukje Hassoldt, with her knowledge of and managerial experience in a number of areas that are important to TPM, we have found the right person to guarantee continuity within TPM, so that under her leadership the faculty can continue to build on the successes achieved in education and research.”