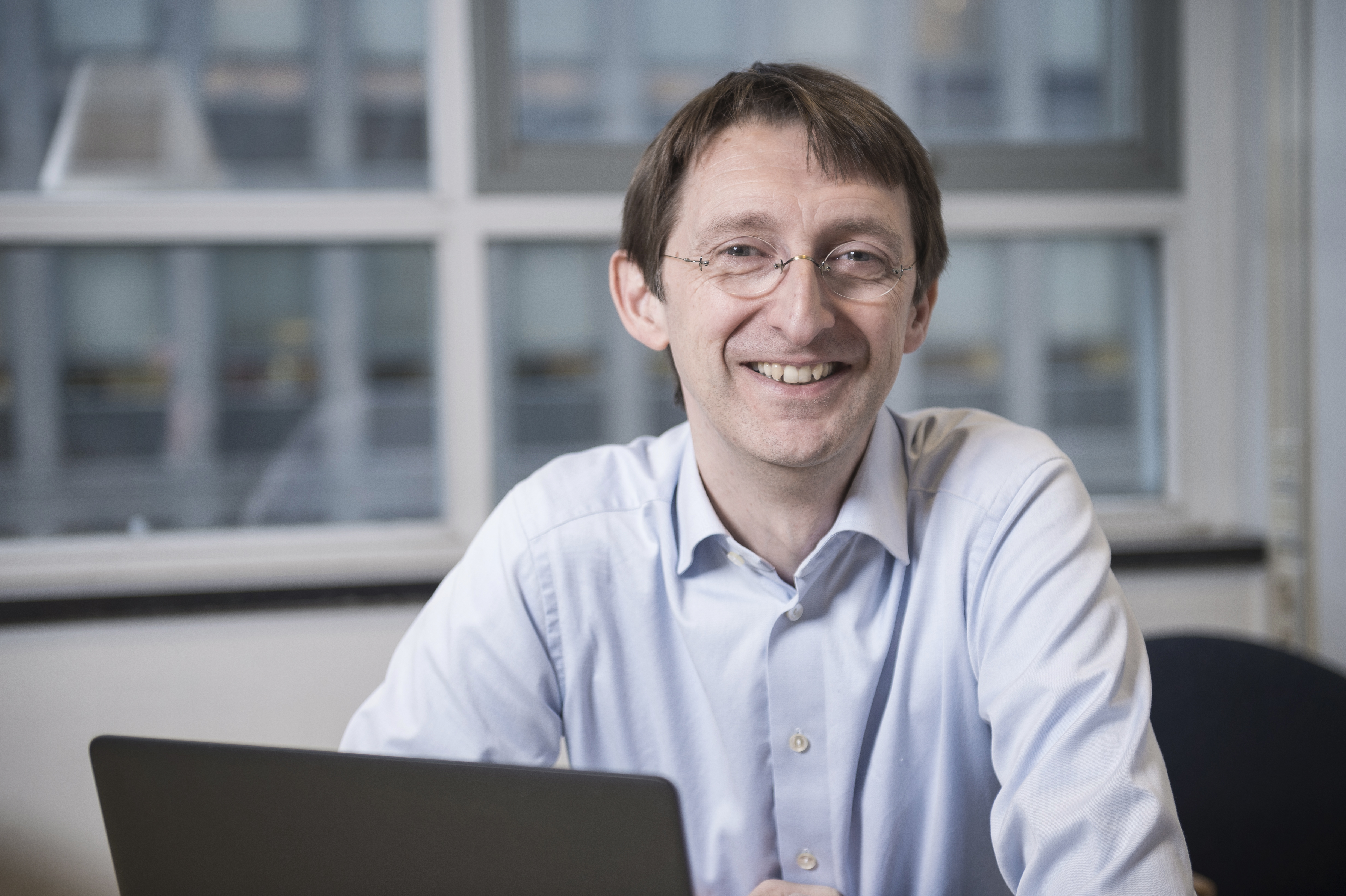 The Physica Prize 2019 has been awarded to Kobus Kuipers, who is not only a pioneering physicist but also someone who is strongly committed to outreach.

Kobus Kuipers is one of the founders of 'nanophotonics', the science that controls light at length scales much smaller than the wavelength. Nanophotonics is exciting and alive and kicking because light behaves so surprisingly differently in cleverly structured materials than we are used to from a conventional transverse non-dispersive flat wave. Microscopes place experimenters in the middle of the wonderful nanoworld, and provide their research groups with glasses to see electric and magnetic fields evolve in space and time. This provides unprecedented insight into the physics of light at the nanoscale, in photonic crystals for example.

Kobus Kuipers (1967) studied physics at the University of Amsterdam and started his impressive academic career as a PhD student at the AMOLF; at a young age he became a professor. In 2005 Kobus Kuipers was admitted to 'De Jonge Akademie'. Kobus Kuipers played a key part in the establishment of the Center for Nanophotonics at AMOLF and was its head for many years. Under his leadership, the programme developed into one of the world leaders in the field of nanophotonics. Since 2016, Kuipers has been Professor of Nanophotonics and Chairman of the Quantum Nanoscience Department at the Kavli Institute of Nanoscience and the Faculty of Applied Sciences at Delft University of Technology.

As mentioned above, Kobus Kuipers is not only a top researcher. He is also active in the promotion of science. For example, he has participated eight times in the National Science Quiz, in which he explained scientific questions and experiments, among other things. He was also chairman of the International Year of Light 2015 NL foundation, which initiated many public activities to do with light in the Netherlands in 2015.

His creativity and motivation to be amazed by physical phenomena not only characterize his scientific publications. He is widely known for his sharp questions and his infectious enthusiasm for physics and for the process of doing science in all of its facets. This makes him an extraordinary, inspiring mentor for his students, PhD students and postdocs, whom he guides with love for the profession and continuous commitment to their personal development.

The Physics Prize is awarded annually to an eminent physicist working in the Netherlands. After consultation with various representatives of the physics community in the Netherlands, the prize is awarded by a jury consisting of the chairman of the Dutch Physics Association (www.nnv.nl), the chairman of the Physics Foundation (www.physica.nl) and an earlier Physica Prize winner.

Kuipers received the prize at the FYSICA 2019 congress on Friday 5 April at Amsterdam Sciencepark (www.fysica.nl). That day, he also gave the accompanying Physica Lecture.

The March and May 2019 editions of the Dutch Journal of Physics (www.ntvn.nl )will focus on the work of Kobus Kuipers. The researcher received the prize on 4 April during FYSICA 2019.