Last Saturday, the 7th of September, the Bataafsch Genootschap der Proefondervindelijke Wijsbegeerte (Batavian Society of Experimental Philosophy) awarded Norbert Kalb the Steven Hoogendijk Prize 2019. With this prize, the society rewards the writer of the best TU Delft dissertation over a period of two years. Kalb was selected as the winner for his excellent research into quantum networks based on the so-called 'nitrogen vacancy centre' in diamond.

The NV-centre is a common defect in the atomic structure of crystal. In such a centre, a nitrogen atom has taken up the position of a carbon atom in the lattice, while the position next to it is empty. The NV-centre is of great interest to quantum physicists since it can be used as a building block for quantum networks. Quantum networks, in turn, form the basis for a future quantum computer or a possible quantum internet.

For the Steven Hoogendijk Prize 2019, the Delft PhD theses that appeared in the years 2017 and 2018 were assessed. However, because the number of disserations at TU Delft over a period of two years is quite substantial, only the PhDs with the designation cum laude were taken into consideration. The longlist consisted of 32 candidates, which, according to the jury, were a good reflection of the technical research being carried out at TU Delft into current social issues. This longlist was presented to a jury led by Lucas van Vliet, dean of TNW, and further consisting of Hans de Bruijn (TPM) and Robert Jan Labeur (CEG).

The jury's opinion was unanimous: Norbert Kalb had written the best dissertation and deserved to be awarded the Steven Hoogendijk Prize 2019. The presentation he gave about his dissertation can be found here. 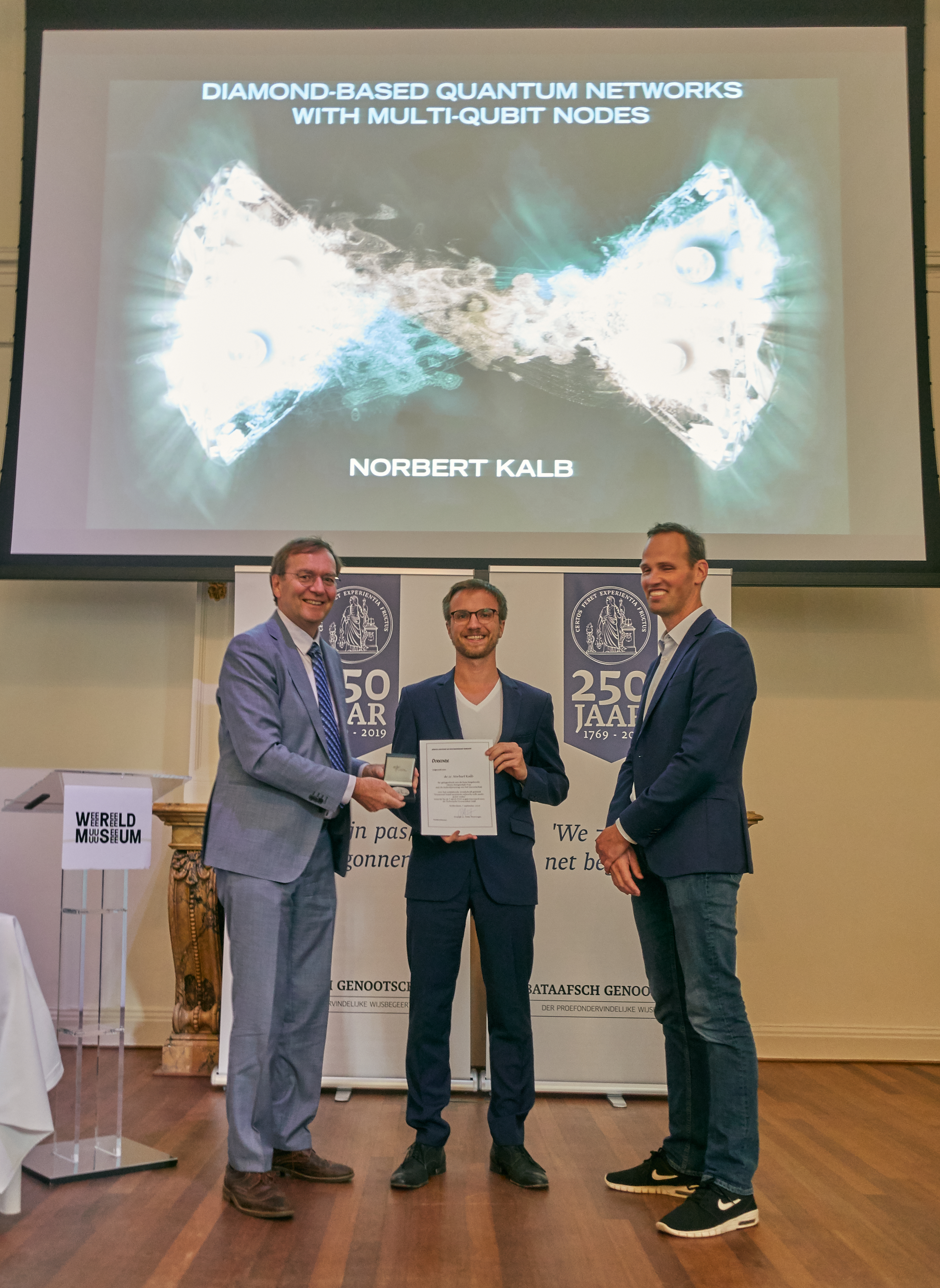