Researcher Yuemei Lin of the Biotechnology research department, has won the Zilveren Zandloper Innovation Award 2019. She was given the award "for her research efforts in adding value to waste products via the characterization and application of microbial polymers produced in wastewater treatment plants."

According to the jury, the research carried out by Yuemei Lin with her colleagues has yielded a broad spectrum of possibilities, some of which are already being commercialised. For example, it forms the basis for the production of Kaumera by the Dutch water boards, from sludge that is produced in Nereda waste water treatment processes.

Yuemei Lin's research, for example, has led to the development of a non-combustible composite material that also has the potential to be used as insulation foam. On the basis of Kaumera, a material has also been developed that strongly resembles nacre (mother-of-pearl). But Kaumera not only yields high performance materials: it is also used to make jewellery, which shows that even something as unattractive as wastewater can lead to attractive products. Finally, Yuemei Lin's research forms the basis for the TU Delft start-up Slimy Green Stuff. 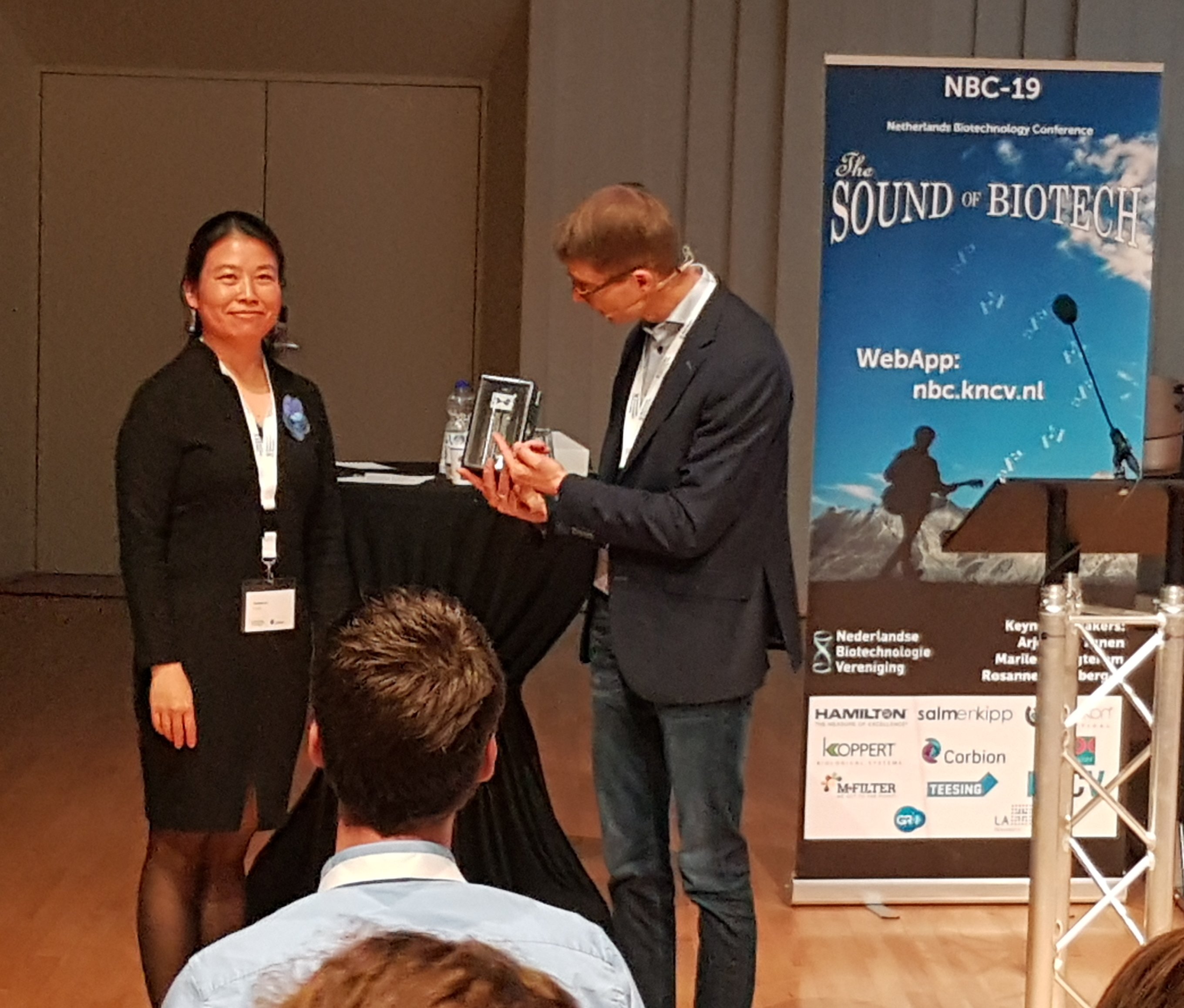