At TU Delft, the faculties of CEG, 3mE and TPM are not the only ones involved in transport research; other faculties also play their part. For example, the EEMCS Algorithmics research group is actively involved in research that falls under the TI theme ‘Cooperative and Coordinated Traffic Management’. “Artificial intelligence and algorithms are increasingly able to solve practical problems, such as transport issues,” explains Algorithmics researcher Neil Yorke-Smith. “More data is being collected than ever before, and at the same time computers are becoming even more powerful. We are investigating how we can use this combination to tackle transport issues by using advanced algorithms, among other things.”

As part of the ‘Cooperative and Coordinated Traffic Management’ theme, the Algorithmics group’s research focuses on different types of highly complex situations. As an example of such a situation, Yorke-Smith refers to a study being carried out by colleague Mathijs de Weerdt on communication between electric cars to optimise the use of the limited number of charging points: “In such cases, several actors are involved; there isn’t just one party that makes the decisions. This makes the situation even more complex. We need a solution that is good for everyone, that takes the bigger picture into account; one actor shouldn't be seriously disadvantaged by a solution that is great for everyone else.” As part of the research project on charging electric cars, the researchers are developing algorithms for onboard computers in cars that can calculate the optimal time and location for charging. The algorithm takes into account not only the charging schedules of other electric cars, but also the traffic density on the road network in order to predict travel times to charging points. In addition to the involvement of several actors, situations in which there is a high degree of uncertainty are also extremely complex. “In this area, for example, we are working with NS and ProRail to see how algorithms can be used to predict disruptions and improve the planning of maintenance activities,’ explains Yorke-Smith

Mathematics and computer science are widely used at TU Delft. “However, other faculties often work with existing models and techniques; EEMCS research groups focus more on problems that are too difficult to solve using those models.” So, once again there is a high degree of complexity. But Yorke-Smith emphasises: “Cooperation is very important.” Initiatives such as the recent TU Delft MATTS conference are a good example of this. Two disciplines (mathematics and transport) that come together to see how they can contribute to and learn from each other's expertise. But above all, Yorke-Smith believes it is important that researchers know what is going on at other faculties. “Collaboration works best if you know researchers from other faculties, and the Transport Institute plays a great role in this.” 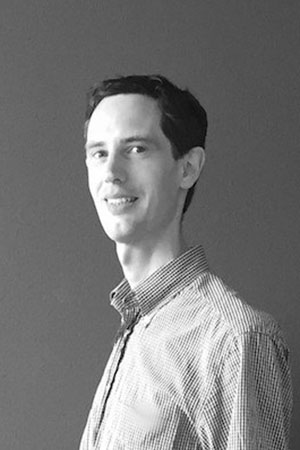