The digital revolution is coming: Do IoT Fieldlab officially launched

The new Do IoT Fieldlab (Delft on the Internet of Things) was officially launched on Wednesday afternoon during a kick-off event on the TU Delft Campus. Do IoT focuses on developing applications of the Internet of Things, in which 5G plays an important role. "The Internet of Things brings a lot of fantastic things for the future," said dean John Schmitz of the faculty of Electrical Engineering, Mathematics and Computer Science (EEMCS).

The ‘Internet of Things’ (IoT), in which large numbers of devices exchange information via wireless connections, demands super-fast connections with high reliability and short response times. 5G, the new generation of mobile communication networks, offers this possibility. "Self-driving cars in a busy street must be able to communicate very quickly with their surroundings," said Schmitz. "You need 5G for that."

Several faculties - EEMCS, Technology, Policy and Management (TPM) and Industrial Design Engineering (IDE) - work together within TU Delft to solve not only the technical challenges, but also address issues related to governance, design and social aspects.

5G is also a condition for the so-called tactile internet, meant to convey the sense of touch via the internet. With tactile internet, a surgeon can remotely perform an operation with a robotic arm, explained Fernando Kuipers - associate professor of the EEMCS faculty and one of the initiators of the Do IoT field lab - during the crowded event.

"A requirement is that the robot arm responds extremely quickly and that the surgeon must also be able to ‘feel’ that he is not cutting too deeply, for example. That is only possible with the very short response time of the 5G network. " 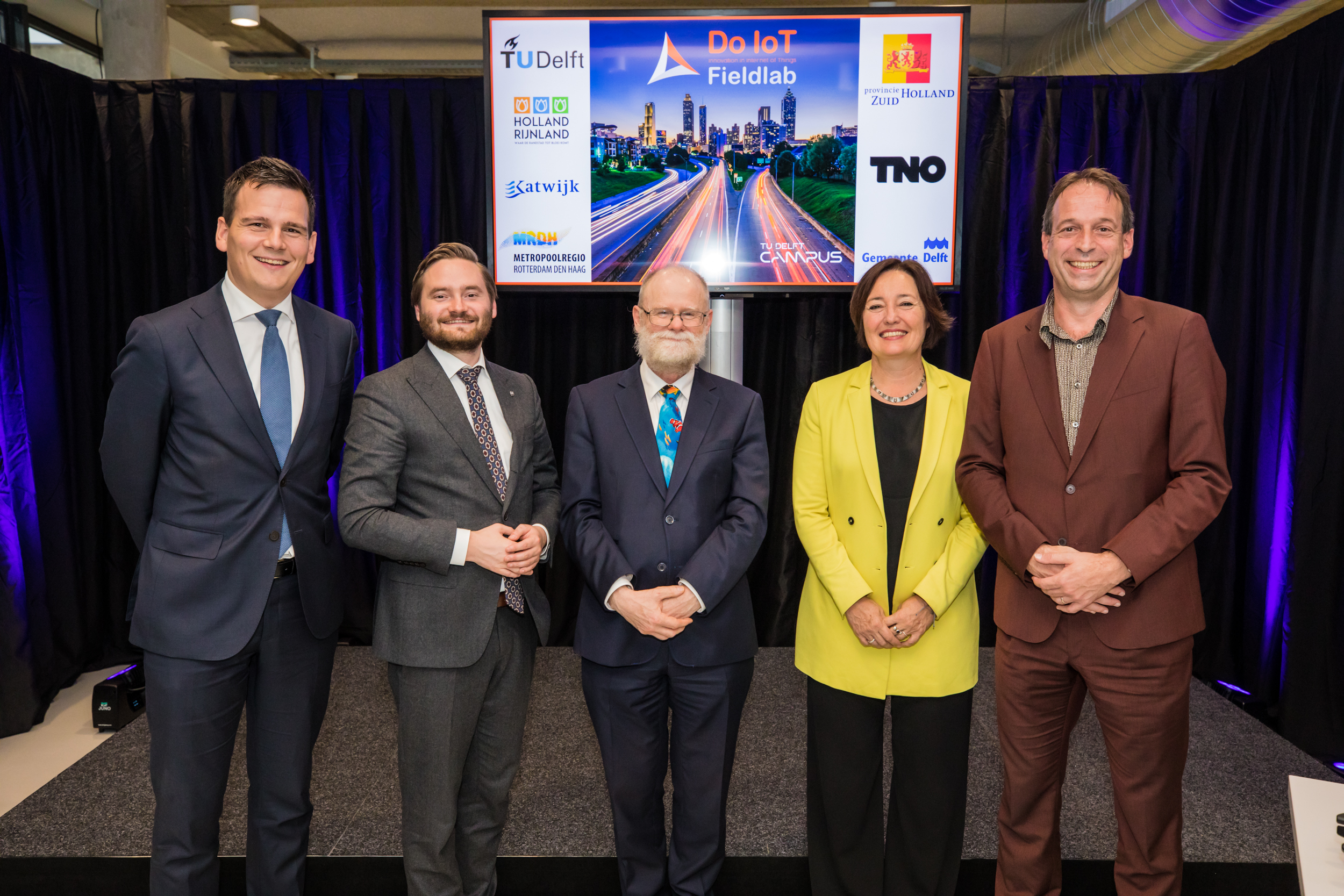 The new field lab offers the possibilities to try out all these applications, so that it quickly becomes clear which innovations work and which do not. "We cannot do this alone, and that is why we have a number of partners to work together on a comprehensive solution," says Schmitz. The Do IoT Fieldlab was founded by the province of South Holland, TNO, the municipality of Delft, Metropolitan Region of Rotterdam The Hague (MRDH), municipality of Katwijk, Holland Rijnland and TU Delft.

During the meeting on the TU Delft Campus, alderman Saskia Bruines of the municipality of The Hague performed the opening act on behalf of the MRDH: a demonstration of the tactile internet. The MRDH invests 200,000 euros in the Do IoT Fieldlab. "This new technology offers many opportunities for the region," said Bruines. "It will give the economy and the province a nice boost." 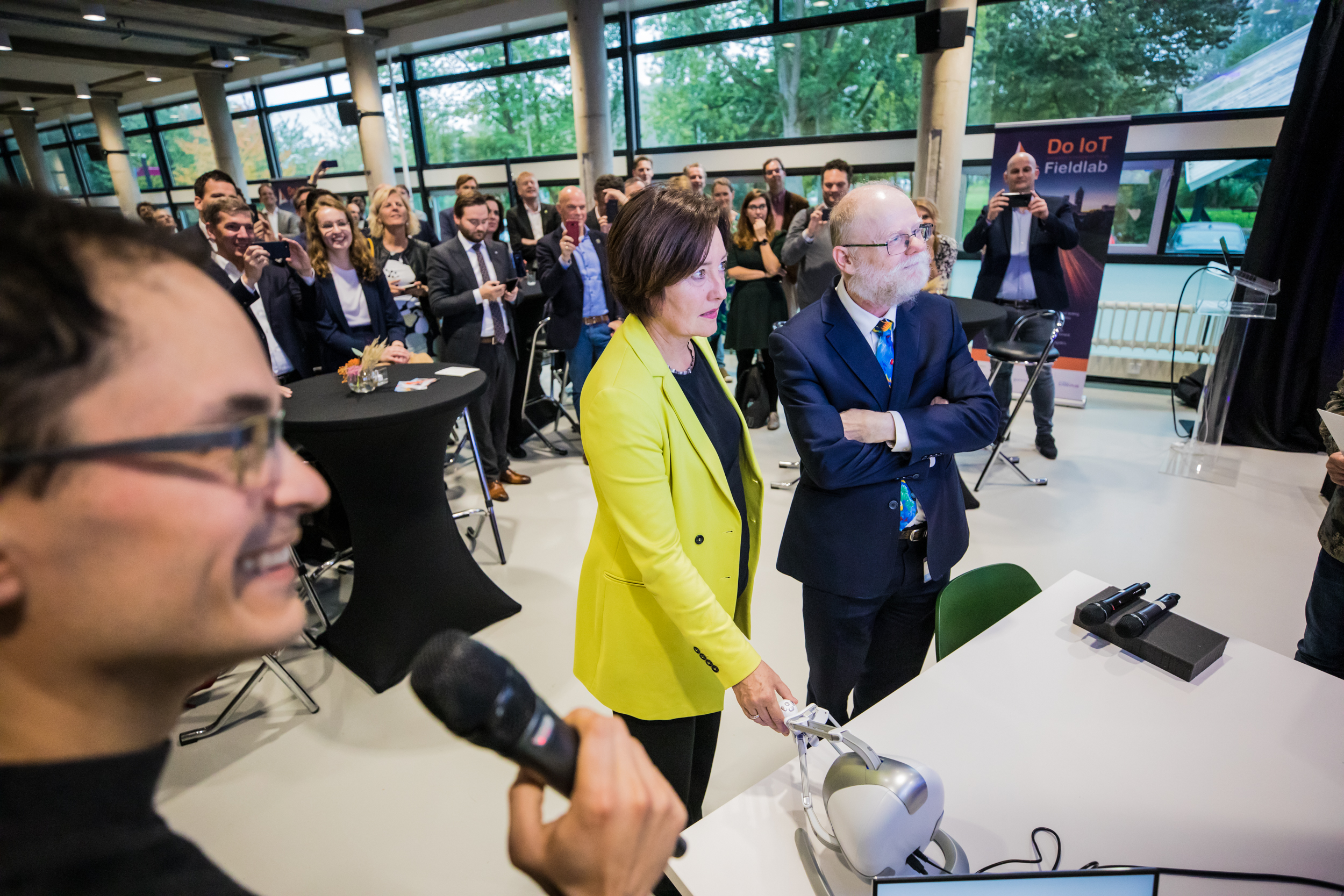 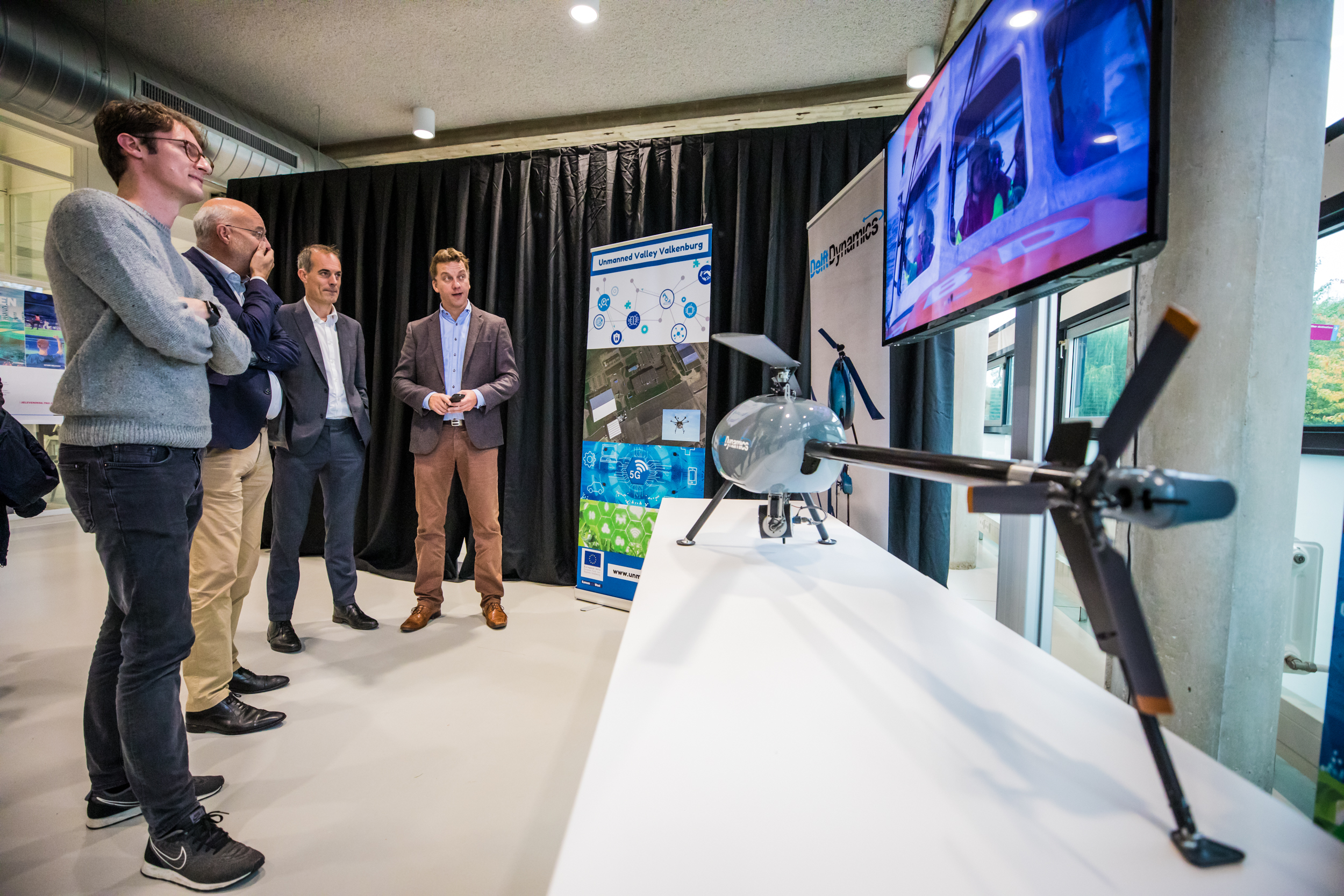 T-Mobile is also involved in Do IoT. The telecom company is mainly interested in the problems that are being solved. “We have to build the 5G network. We can only do that if we know what it will be used for ", said Egbert Kroon. “But the great thing about the Internet of Things is: the world is unlimited. We can solve every problem."

The Green Village is the test location in Delft. Self-driving cars can tested there; the event featured an interesting demo. But 5G and IoT applications will also be tested around the new Delft Campus station. "Here stands a very proud alderman," said Bas Vollebregt on behalf of the municipality. He pointed to the countless other field labs at the TU Delft Campus, including RoboHouse, RADD and RAS. "They will also explore the possibilities of this new communication technology in collaboration with the Do IoT Fieldlab."

The Do IoT Fieldlab also makes the connection with other living labs in Scheveningen and Rotterdam, where, among other things, is tested how a new smart digital infrastructure can be used for crowd control. "The great thing is that everyone complements each other and every municipality takes the role in which it is strong," said Vollebregt. Bruines: "We can learn a lot from each other."

“It is very nice to see that so many people are enthusiastic about working with us. Stimulating cooperation between governments, knowledge institutions and the business community is an important part of the field lab," said programme manager Lenneke de Voogd of TU Delft. "We are going to build a great programme for that together."

Like any new digital technology, there are also dangers lurking. "A network where each device is connected to each other is of course very interesting for less kind-hearted people," said Schmitz. "Cyber ​​security plays a major role, which is why we work together with The Hague Security Delta." This allows us to ensure that the Internet of Things is ‘robust’ as well. Schmitz is optimistic: “We have the right people on board. Everything will be fine."