The Netherlands as an international centre for Quantum Technology

National Agenda on Quantum Technology: key technologies as a solution to societal challenges

State Secretary Mona Keijzer received the National Agenda on Quantum Technology directly from Robbert Dijkgraaf this afternoon. The Netherlands is now one of the leading players in quantum technology, which is developing rapidly worldwide. With quantum computers and networks, applications that are unreachable for ordinary computers and today’s internet will come into view and a whole new high-tech industry may emerge. Yet this strong position for the future is not a foregone conclusion. At the request of the Ministry of Economic Affairs and Climate, knowledge institutes and high-tech companies have identified what is needed in the coming years to maintain and strengthen the pioneering role of the Netherlands. 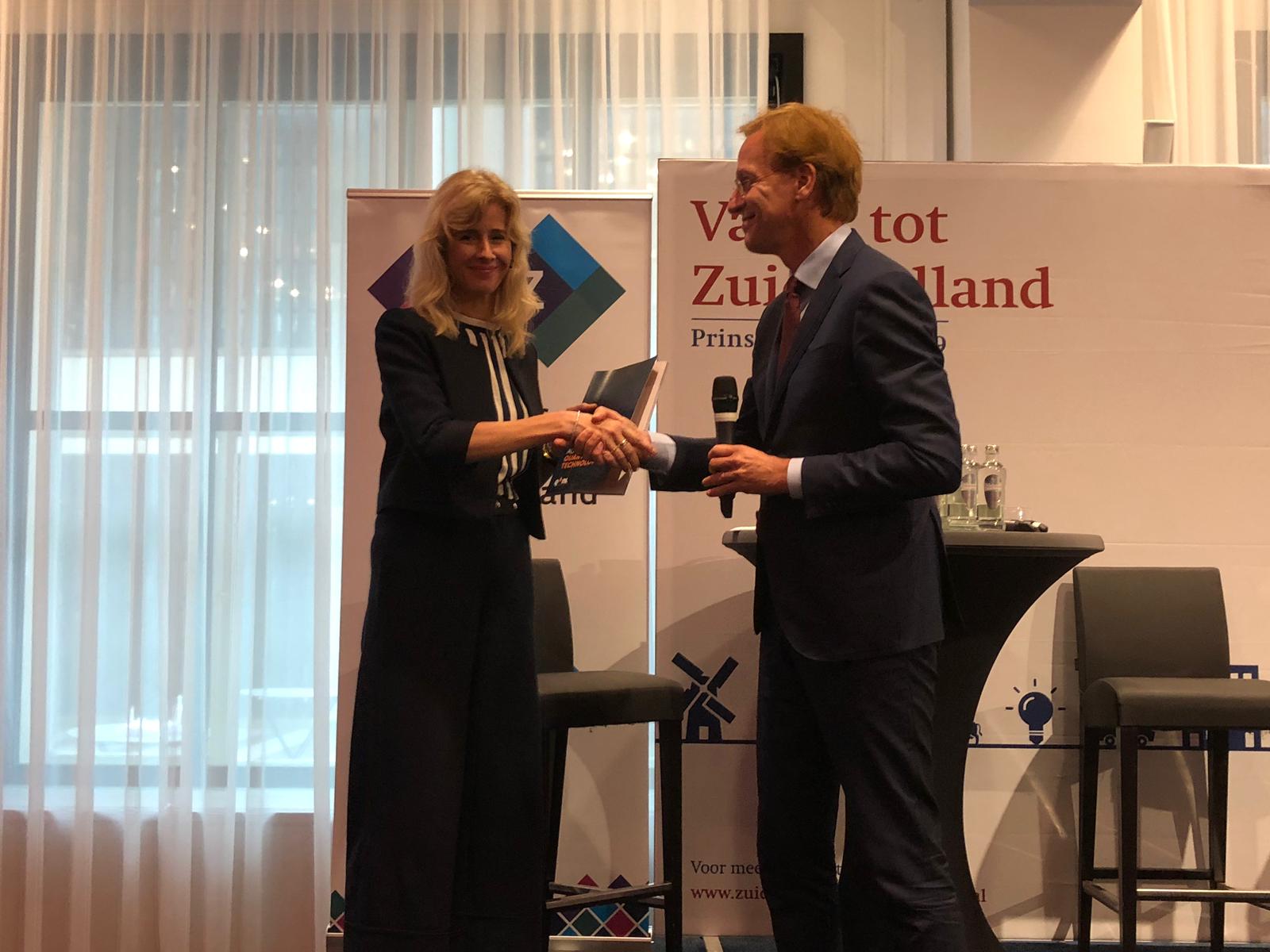 Ronald Hanson, Scientific Director of QuTech
“In Delft, a whole new ecosystem of research and companies has emerged around the quantum institute QuTech, a joint initiative of TU Delft and TNO. Microsoft now has its own quantum lab and several smaller high-tech companies are coming to us. The strength of the Netherlands’ position is partly due to the Dutch government’s early recognition of the importance of quantum. We can now build on that success with the National Agenda on Quantum Technology.”

Robbert Dijkgraaf, Director and Professor at the Institute for Advanced Study in Princeton: "After decades of research, we are now ready for the breakthrough of quantum technology, based on the fundamental laws of nature. This will radically change the high-tech industry and improve our lives in dramatic and unforeseen ways. The Netherlands is really at the forefront in this area - "we are punching far above our weight" as Americans would say. This agenda is ambitious, concrete and realistic, and is supported by all relevant parties. The Netherlands has a unique opportunity to become a world leader NOW and I advise the government to proceed with this as a matter of priority."

Mona Keijzer Secretary of State for Economic Affairs and Climate Policy: "The Netherlands is world leader in quantum technology. With the National Quantum Technology Agenda, there is a strong strategy to remain at the forefront in the following phase as well. In the near future, the government will explore how this strategy can be implemented. I am convinced that quantum is one of the key technologies for our future, one that will contribute to a healthy economy and a better world."

The promises of quantum
Quantum computers, simulators, communication systems and sensors can help to solve societal challenges and provide opportunities for all sectors of the economy. Quantum computers, for example, can perform many operations simultaneously. As a result, they are able to solve difficult problems much faster than conventional computers will ever be able to. A quantum computer that can simulate the precise behaviour of molecules, for instance, could allow us to develop new medicines, better batteries, more powerful fertilisers or healthier nutrition. We therefore find ourselves at the start of a technological revolution that is expected to make a major contribution to solving societal challenges in the fields of energy, food, care and beyond.

Quantum Delta NL
The National Agenda on Quantum Technology aims to position the Netherlands as a leading international centre and hub for quantum technology: Quantum Delta NL, or QΔNL for short. Our starting position is excellent: Dutch universities and knowledge institutes are leaders in the field of qubits, quantum internet, quantum algorithms and post-quantum cryptography, serving as a magnet for global business investments and talent. We are also strong when it comes to systems engineering and in combining technologies into working systems, which is crucial for innovation. The Netherlands wants to maintain and further strengthen this position as a frontrunner and pioneer.

Action lines of the National Agenda on Quantum Technology
The world around us, however, is not standing still: a great deal is being invested into quantum technology and the battle for brains is in full swing. In order to maintain a leading position, it is important for the Netherlands to take the next step – not only financially, but also by choosing strategic priorities and getting to work on them. By striking the right balance between national strengthening and international cooperation, we can optimally position the Netherlands and create new value for the country as a whole. To this end, the agenda has distinguished four action lines:

·        Realising breakthroughs in research and innovation;

·        Starting a dialogue in society on quantum technology.

In addition, there are three ambitious, overarching catalyst programmes that aim to accelerate developments, make quantum technology tangible through demonstrators and allow end-users and researchers to acquire experience in using it:

This national agenda is the starting point and aims to set a flywheel in motion. By investing in the development of quantum technology at an early stage, the Netherlands will be able to acquire a strong international position.

Creation of the agenda
In the spring of 2019, at the request of the State Secretary for Economic Affairs and Climate and the top sectors HTSM and ICT, Dutch knowledge institutes and companies outlined what needs to be done in order to achieve their ambitions regarding quantum technology. TNO, QuTech, QuSoft, EZK, NWO, QT/e and the Lorentz Institute, together with AMS-IX, Techleap.nl (formerly StartupDelta) and Microsoft, have taken up this challenge in close consultation with the entire field. A large number of parties from the ‘golden triangle’ (science, government and industry) have been involved in the creation of this agenda. 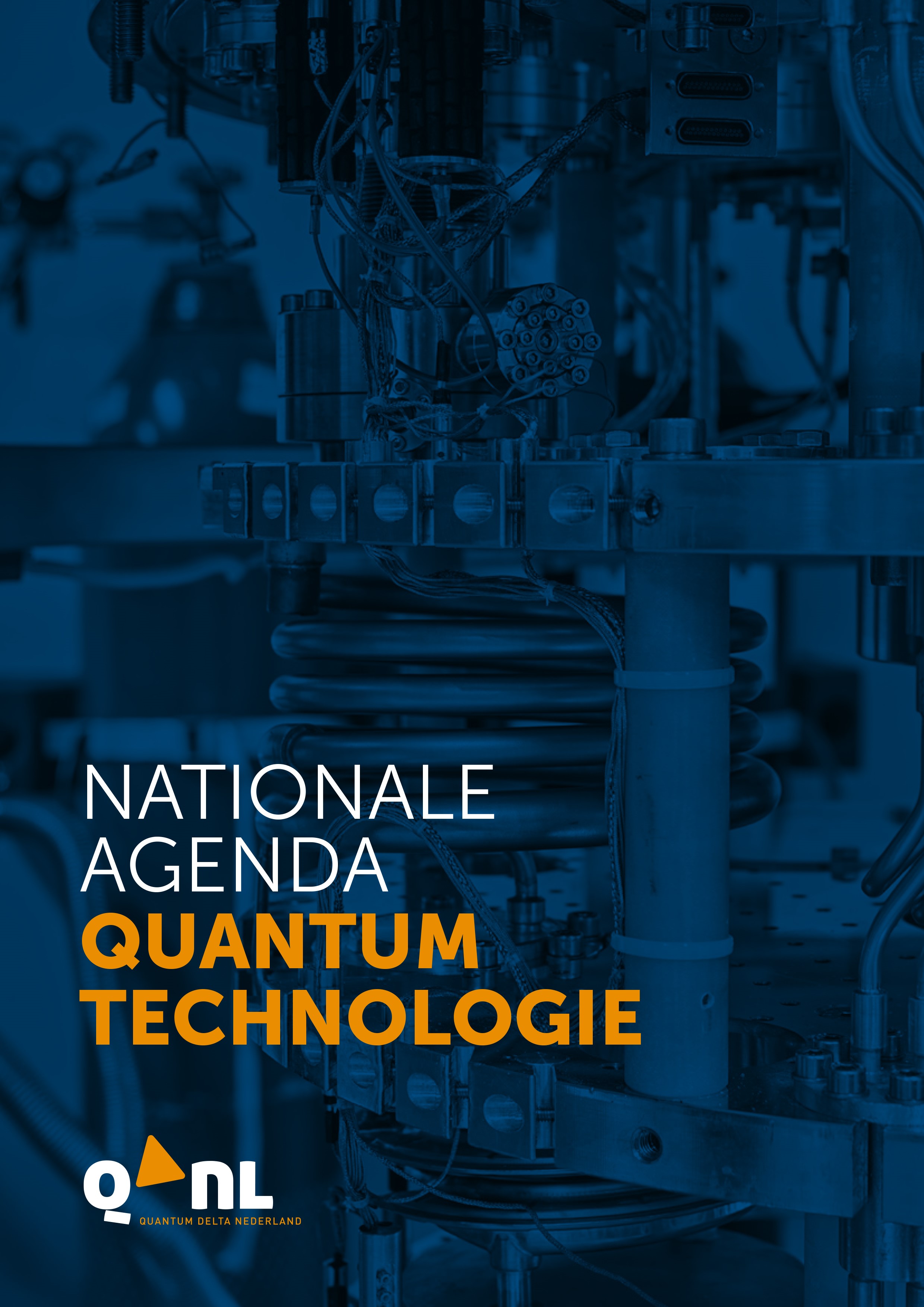