The European Research Council has awarded an ERC Starting Grant to Peyman Mohajerin Esfahani, researcher at Delft Centre for Systems and Control. Mohajerin Esfahani’s research focuses on decision-making problems in uncertain and dynamic environments, with applications in control and security of large scale and distributed engineering systems. The grants (1,5 million euros for a five-year programme) are intended to support scientists who are in the early stages of their career and have already produced excellent work.

Recent developments in sensing and communication technology offer unprecedented opportunities by ubiquitously collecting data at high detail and at large scale. Utilization of data at these scales, however, poses a major challenge for control systems, particularly in view of the additional inherent uncertainty that data-driven control signals introduce to systems behaviour. This effect has not been well understood to this date, primarily due to the missing link between data analytics techniques in machine learning and the underlying physics of dynamical systems.

Mohajerin Esfahani addresses this issue by proposing a novel control design paradigm embracing ideas from the emerging field of distributionally robust optimization (DRO). DRO is a decision-making model whose solutions are optimized against all distributions consistent with given prior information. Recent breakthrough work, among others by the PI of this proposal, has shown that many DRO models can be solved in polynomial time even when the corresponding stochastic models are intractable. DRO models also offer a more realistic account of uncertainty and mitigate the infamous post-decision disappointment of stochastic models.

Interplay between a DRO model and the underlying dynamical systems

About the ERC
The European Research Council, set up by the European Union in 2007, is the premiere European funding organisation for excellent frontier research. Every year, it selects and funds the very best, creative researchers of any nationality and age, to run projects based in Europe. The ERC offers four core grant schemes: Starting, Consolidator, Advanced and Synergy Grants. With its additional Proof of Concept grant scheme, the ERC helps grantees to bridge the gap between their pioneering research and early phases of its commercialisation. https://erc.europa.eu/ 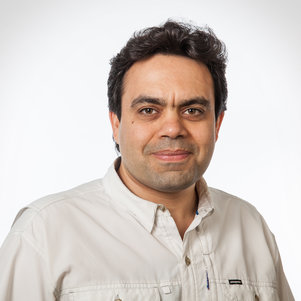