At the PME department, a micro-sized pipette probe has been developed for handling multiple liquids. It is the first time that such a small probe can dose fluid volume, and simultaneously control the concentration of particles inside the fluid. This new tool opens up applications in the field of single cell biology and localized chemistry. Imagine being able to manipulate a single cell with the same level of detail as you normally would any large-scale object! For example, one could inject different concentrations of a drug into single cells, and then compare which concentration works best for protecting the cell against a virus infection. Eleonoor Verlinden, Murali Ghatkesar and Urs Staufer have recently published their research on such a probe in the scientific journal Nanoscale

Localized bio-chemical reactions are the foundation of all processes relevant to cellular life. Therefore, it is very valuable to have a tool for dosing multiple reagents at a defined micro-scale location. A device that can manipulate liquid volumes of picoliters or smaller (1 pl = 10-12 l = 1000 μm3), will give unprecedented access to perform reactions close to or even inside single cells. As bio-chemical reactions often require large amounts of expensive chemicals, costs can drastically be reduced when the liquid volumes can be decreased. 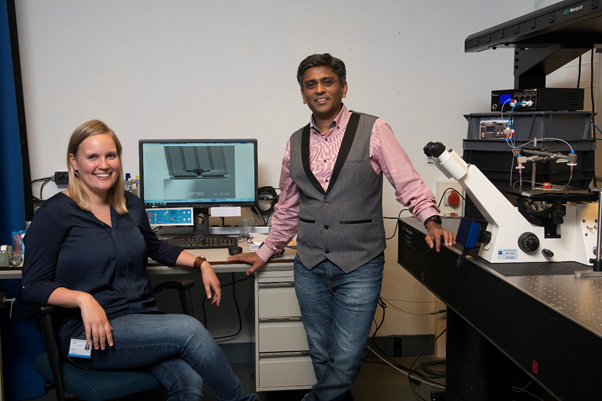 In the published paper, a two-channel microfluidic AFM (Atomic Force Microscopy) cantilever was presented. Each fluidic channel was connected to a different reservoir, but dosing/aspiration was performed from apertures located at the free end of the cantilever. By controlling the pressure on the reservoirs, femto (10-15) to picoliter volume of liquids were dispensed. The concentration of the dispensed liquid was tuned by mixing two liquids inside the pipette channels to their desired ratio. A delicate balance between the diffusion of analytes and fluid flow convection enabled precise dosing of fluid volume and analyte concentration. The researchers could tune the concentration of a dispensed fluorescent liquid between 17.5 to 90% of its original value.

This research was conducted in cooperation with Edin Sarajlic from the company SmartTip BV (Netherlands); Andreas Engel, Department of Bionanoscience, TU Delft; and Masoud Madadelahi & Amir Shamloo from Sharif University of Technology (Iran). 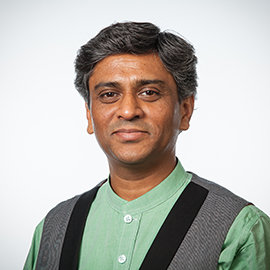