Tamás Keviczky has been appointed full professor of Networked Cyber-Physical Systems at the Delft Center for Systems and Control as of May 12th.

Keviczky’s research focuses on Advanced Control Systems, such as the optimisation and control of distributed systems, model predictive control, and control technology/monitoring of large-scale embedded systems for use in space, the automotive industry, mobile robots, industrial processes and infrastructure systems such as water, heat and electricity networks.

Tamás Keviczky joined the Delft Center for Systems and Control in 2007 and has worked there as an associate professor since 2015. In addition, he has been head of the Networked Cyber-Physical Systems since 2017. Prior to his career at TU Delft, he took his PhD at the University of Minnesota in Control Science and Dynamical Systems, and he was a Postdoctoral Scholar at the California Institute of Technology in the field of Control and Dynamical Systems. He received the O. Hugo Schuck Best Paper Award from the American Automatic Control Council. In 2015, 2017, 2018, and 2019 he was named best MSc Teacher of Systems and Control by the Gezelschap Leeghwater student association. Tamás Keviczky has been an active board member and steering group member at the PowerWeb Institute, the Urban Energy Platform and the TU Delft AgTech Institute, and he also a Focus Theme Leader (Distributed Space Systems) at the TU Delft Space Institute.

Recently, Keviczky worked as principal investigator (PI) for the NWO URSES project ‘Aquifer Thermal Energy Storage Smart Grids’, where he conducted research on a better way of saving and sharing energy through a network of open heat and cold storage installations at three museums and various other buildings near Museumplein in Amsterdam. He is currently working as PI for an NWO Perspectief project that focuses on Digital Twins in the high-tech industry, as well as an NWO Crossover project where he is developing AI control engineering solutions for autonomous crop management in greenhouses. 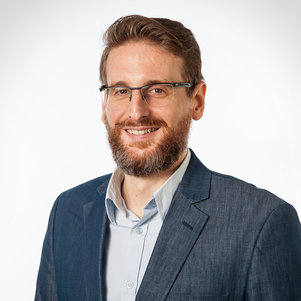