A hand-held videogame console allowing indefinite gameplay may be a parent’s worst nightmare. But it is not a toy! It is a scientific tool, developed by researchers from TU Delft and Northwestern University (Illinois, USA) who decided to push the boundaries of batteryless intermittent computing into the realm of fun and interaction. It is also another step towards a sustainable future.

Intermittent computing is about resilience. In the future, it may allow billions of low-power Internet of Things devices to discard their battery in favour of energy harvesting, ensuring proper operation under conditions with up to a hundred power failures per second. Such intermittent operation comes with a lot of challenges – memory consistency and accurate timekeeping to name a few. And, so far, it has been successfully applied to tiny sensors for scientific use. But that is not where the fun ends. 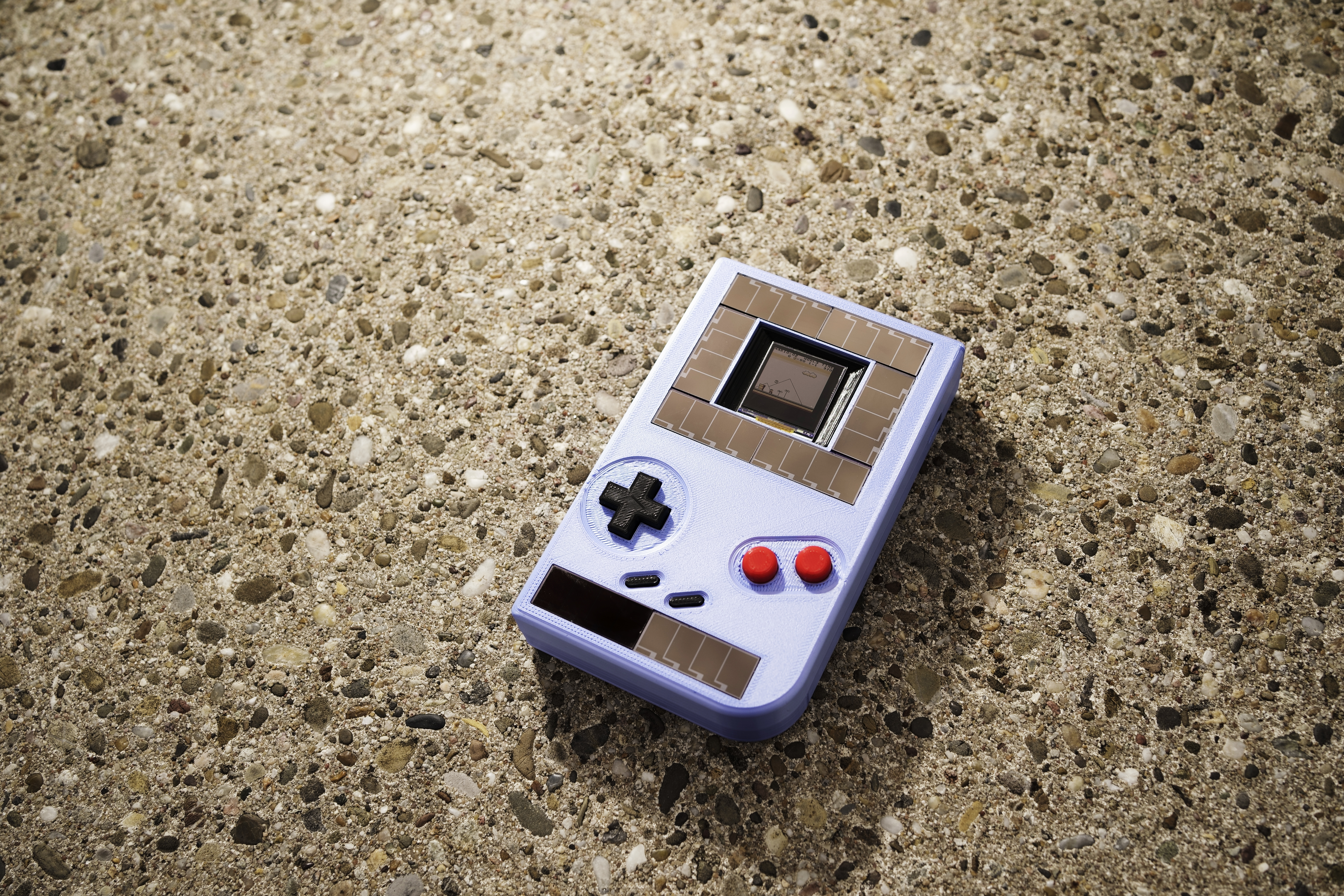 A solar and user powered Game Boy
As a first investigative step towards consumer applications, the researchers have created a batteryless and failure-resilient clone of the 8-bit Nintendo Game Boy, one of the most popular hand-held gaming consoles of all-time. Their energy aware gaming platform (ENGAGE) has the size and form factor of the original Game Boy, while being equipped with a set of solar panels attached to the front of the chassis. Button presses by the user are a second source of energy. Most importantly, it provides full emulation of the Game Boy processor. Although this solution requires a lot of computational power, and therefore energy, it allows any popular retro game to be played straight from its original cartridge.

No more traditional save games
To ensure an acceptable duration of gameplay between power failures, the researchers had to design the system hardware and software from the ground up to be energy aware as well as very energy efficient. They also developed a new technique of storing the system state in non-volatile memory, minimizing overhead and allowing quick restoration when power returns. No more need for save games as seen in traditional platforms, as the player can now continue gameplay from the exact point of the device fully losing power – even if it is mid-jump in a platform game such as Super Mario Land. 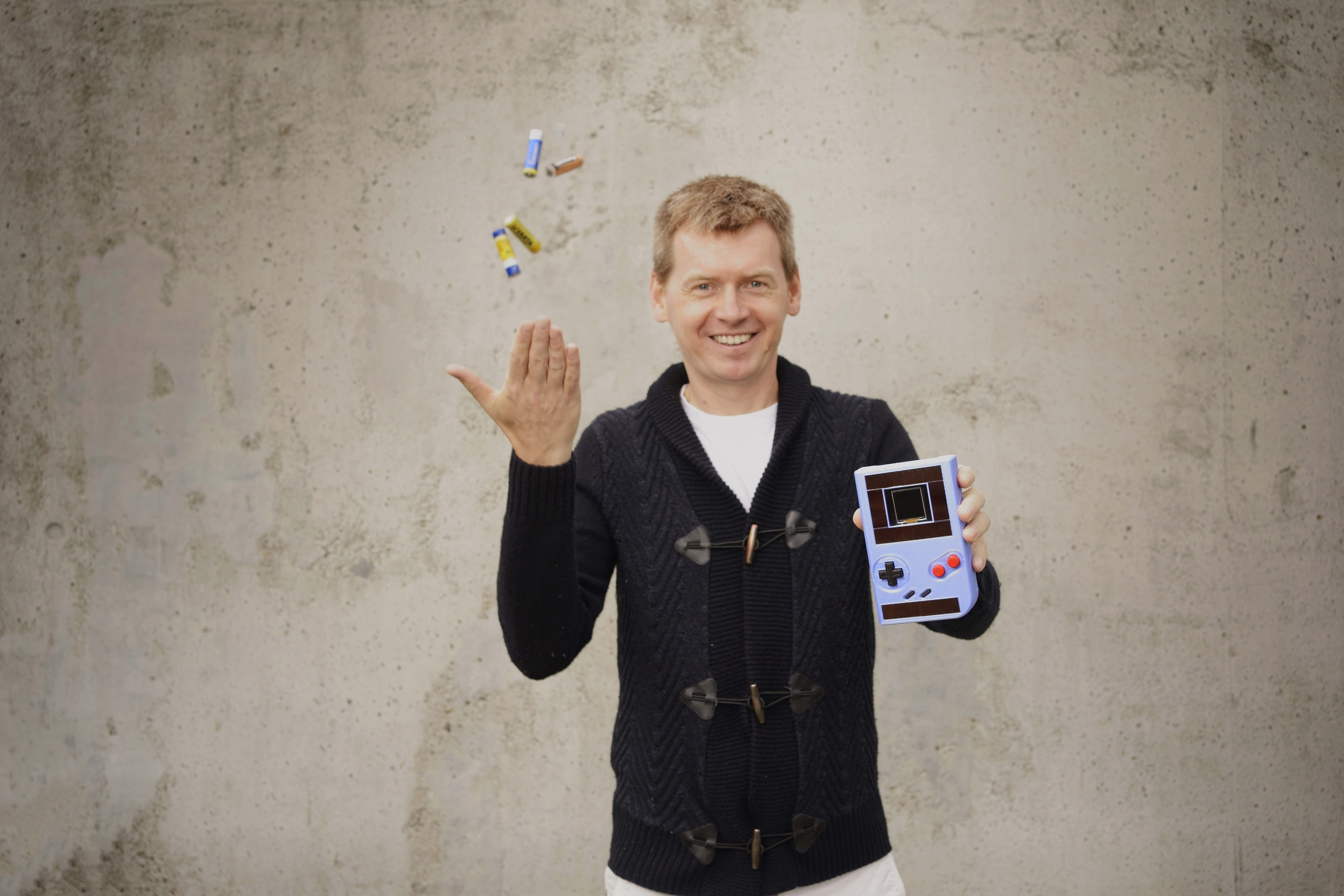 Lights on, sound off
On a not too cloudy day, and for games that require at least moderate amounts of clicking, gameplay interruptions typically last less than one second for every ten seconds of gameplay. The researchers find this to be a playable scenario for some games – including Chess, Solitaire and Tetris – but certainly not yet for all (action) games. When light conditions worsen, so does user experience. User immersion is also compromised as the games lack sound. ‘How to make sound enjoyable despite power interruptions is an open research question,’ says Jasper de Winkel, one of the researchers.

Raising awareness
There is still a long way to go before state-of-the-art 21st century handheld game consoles will become battery-free. The ENGAGE platform is only a first step in this direction. Beyond being a fun toy, it has mainly been developed to raise awareness as, next to sound, there are many other open issues when applying intermittent computing to the domain of continuous user attention and user interaction. The platform can also serve as a tool for studying interactive behaviour of people with intermittent systems. But most of all it has been developed in an effort to further reduce our society’s reliance on batteries. Batteries are costly, environmentally hazardous and they must eventually be replaced to avoid that the entire device ends up at the landfill. Whereas gaming reduces people’s stress and boredom, intermittent computing helps reduce gaming’s environmental impact.

On September 15, Jasper de Winkel will present the work on the battery-free Game Boy at UbiComp 2020, a major conference within the field of interactive systems. Because of the coronavirus outbreak, it will be a virtual conference. ‘It still allows me to present our ideas and results,’ he says, ‘but I will miss the human interaction and the chance to make spontaneous new connections.’ 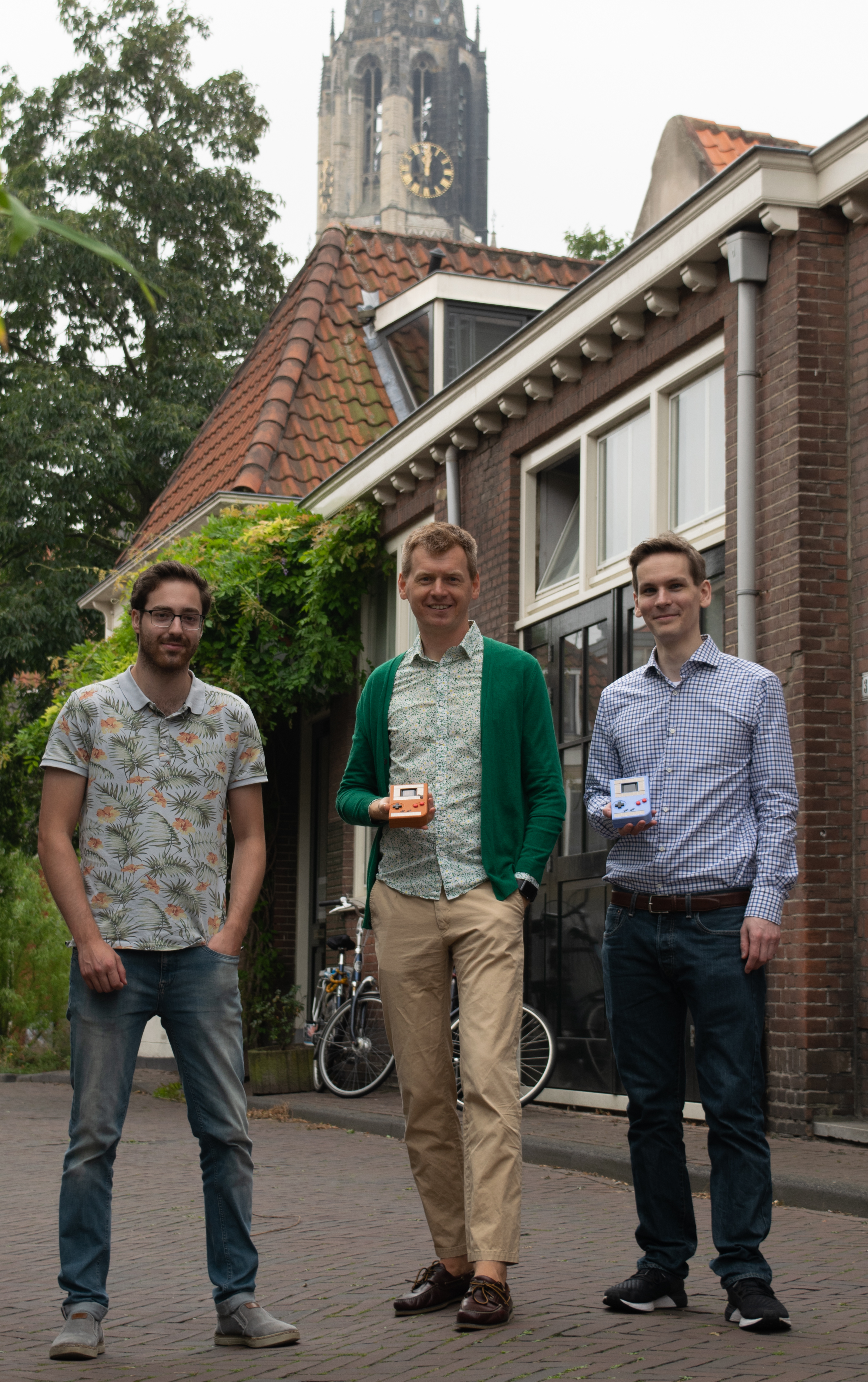