Researchers at TU Delft – together with partners SAFRAN group, Airbus and Rotterdam the Hague Innovation Airport (RHIA) – will work on an Advanced Propulsion and Power Unit  (APPU) to be applied on aircraft of the calibre Airbus A320. The APPU technology, that makes aircraft engines more energy efficient and allows them to fly on an energy mix, including hydrogen, is expected to reduce the aircraft’s CO2 emissions by 20% and the emissions of air pollutants during take-off and landing by half.  In this way the APPU technology will help make aviation more sustainable in the short term. 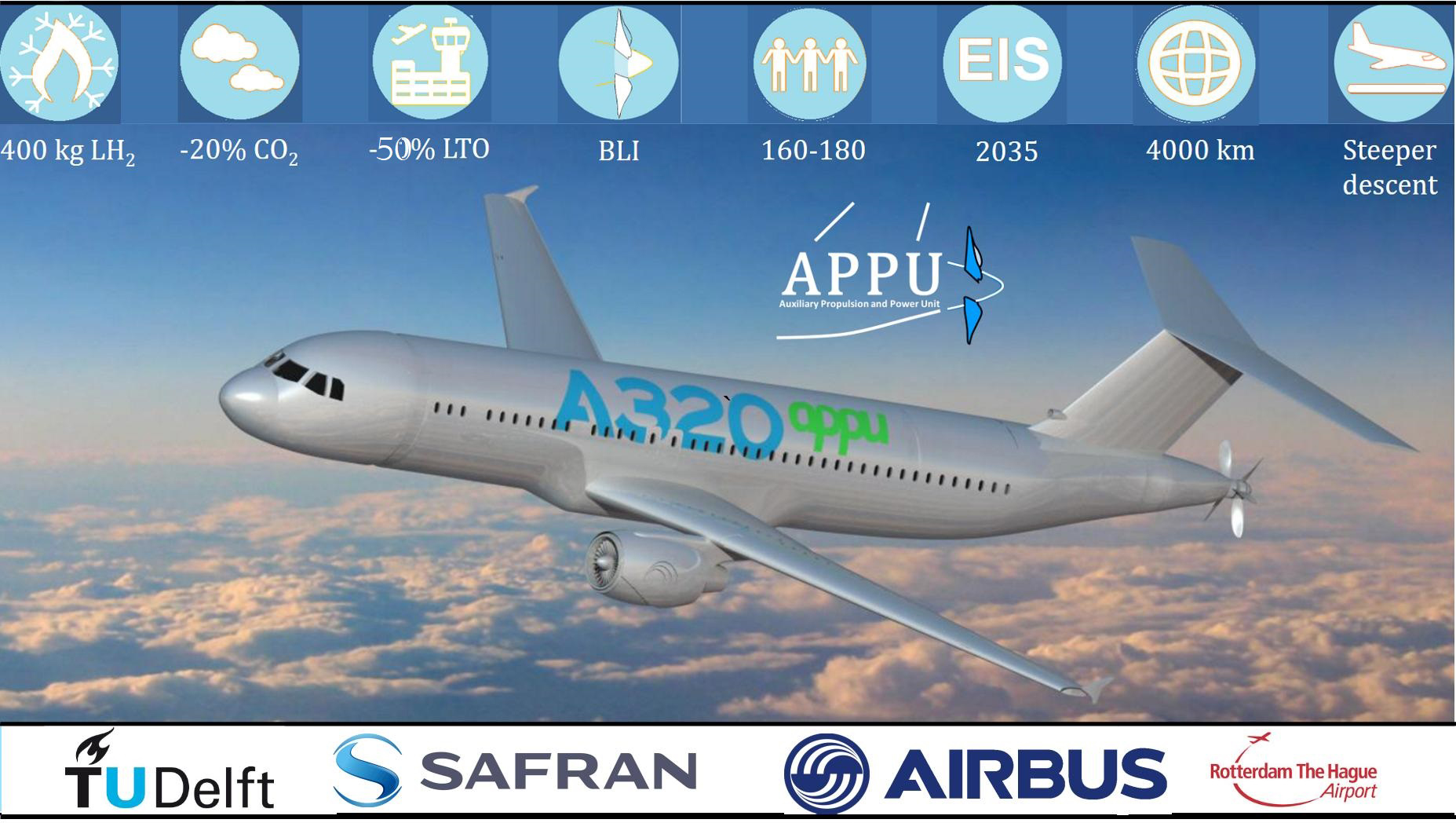 The workhorse of aviation
The APPU project team will develop this technology specifically for the ‘workhorse’ of aviation, the Airbus A320. Prof. Leo Veldhuis: “Aircraft that are used for short to medium distances, such as the A320, are responsible for almost half of the emissions from civil aviation. While small aircraft can be made electric or hybrid-electric, these solutions are not scalable and are not applicable to aircraft like the A320 family.” Preliminary studies indicate that the combination of BLI technology and hydrogen combustion, can reduce the CO2 emission for a typical 2000km flight by around 20% and the local emissions of air pollutants during take-off and landing (LTO emissions) by around 50%. Work that will be conducted in the first phase of the project running over the coming three years includes the design of an open rotor propulsion system operating with boundary layer ingestion technology, a hydrogen combustor for the APPU engine, and technological solutions for hydrogen storage inside aircraft.  Veldhuis: “With this project we’re applying the energy transition to aviation. The energy transition is one of the best ways to fight climate change.”