The Royal Society of Chemistry has announced Dr Valeria Garbin as the recipient of the 2020 Soft Matter Lectureship. This annual award was established in 2009 to honour an early-stage career scientist who has made a significant contribution to the soft matter field.

Her current research focuses on soft materials under flow and deformation, particularly the extreme deformation conditions of cavitation, which are central to biomedical ultrasound and bioprocessing; and of processing flows used to create advanced materials and formulated products.

Valeria has been awarded an ERC Starting Grant, was the 2018 recipient of the McBain medal (RSC/SCI), and has been featured in “100 Women of Chemistry” by the RSC.

About the award
The recipient of the Soft Matter Lectureship receives: a contribution of £1,000 to support the presentation of the recipients research at an international conference. Also, a framed certificate and an invitation to submit a research article to Soft Matter, which, if accepted, will be showcased free of charge on the front cover. 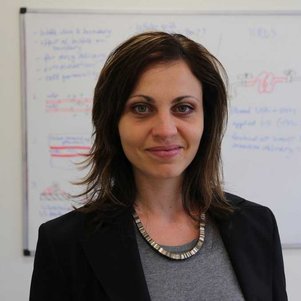