Next year, a helium balloon the size of a soccer stadium will bring a NASA telescope to the edge of space. This project is called GUSTO, and it will help scientists understand galactic evolution by probing interstellar gas. Its most important payload are three detectors developed by Jian Rong Gao and his teams at TU Delft and SRON, without which the telescope would be blind as to its mission purpose.

‘Terahertz radiation is a great source of information for astronomers,’ says Jian Rong Gao, theme leader on Space Sensing at the TU Delft Space Institute and head of the Cryogenic Instrument Section at SRON-Utrecht. ‘Because of its long wavelength it can travel great distances through the universe, without being scattered by interstellar dust. The difficulty is that it is easily absorbed by water vapour. As earth’s atmosphere is full of water vapour, you can’t do measurements from the ground. You need to be at high altitudes.’ The upcoming GUSTO mission by NASA will take three terahertz detectors to the edge of space. Each of these detectors is tuned to a single specific emission line of the elements oxygen, carbon and nitrogen. The presence of these elements in interstellar gas provides insight into the formation and destruction of star-forming clouds, telling the story of galactic evolution. ‘We, in the Netherlands, were the only ones who could provide the detectors for this balloon mission,’ Gao says. ‘They are the culmination of twenty years of research at TU Delft and SRON.’

The terahertz range – the far-infrared – falls between microwaves and visible light. Technology to detect and process the latter two frequencies is much more mature as they have plenty of applications in daily life. Think of (automotive) radar and television signals and, for visible light, your cell phone camera. The lack of applications for terahertz radiation has resulted in what is called the terahertz technology gap. ‘It has been a continuing struggle to find funding for our research on terahertz detection, to demonstrate new technology,’ Gao says. The real goal of everybody who is working on space technology, is to use their acquired knowledge to develop an instrument for an actual mission. There are very few of such opportunities and even when they come, it doesn’t mean an end to uncertainty. Gao: ‘These projects can run out of money or simply get cancelled, or your detector fails for some reason. Many people in space technology work for twenty or even thirty years, in the end only having publications to show for it.’

The rest of the story can be read here. 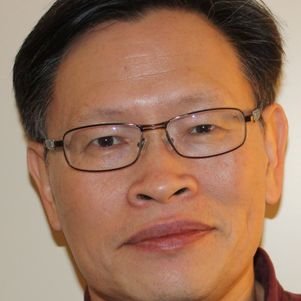