We don’t realize it, but loose strands of DNA end up in nature via our wastewater. As of yet, it is unclear how this 'free-floating DNA' impacts environmental and public health. Researchers at Delft University of Technology (TU Delft) have now found a way to determine just how much potentially harmful DNA ends up in our wastewater. They have developed a method that can isolate such ‘free floating DNA’ from wastewater, which gives them the means to determine the extent of the problem. The results of their work will officially be printed in Water Research in February 2021, but have already been pre-published online.

Biotechnology is on the rise. With new methods for genetic modification, such as CRISPR-Cas9, altering and producing DNA has become extremely simple and accessible. Researchers today can even convert bacteria into 'living factories' that produce useful substances, including medicines. Unfortunately, this does not only have advantages. "DNA is the source of life, but it is also a source of pollution," says TU Delft researcher David Weissbrodt. " Genetically modified DNA can end up in nature via our wastewater, or in other ways."

Free-floating DNA
We do not yet know exactly how much of this 'DNA waste' there is, nor how big of a risk it poses. Free floating DNA, which can be both natural or synthetic, is potentially harmful to public health and the environment. "Take, for example, genes involved in antibiotic resistance," says Weissbrodt. "We know that microorganisms are able to incorporate genes they encounter into their own genome, although we do not yet know how exactly. This way, free floating genes that are responsible for antibiotic resistance could end up back inside a living organism.” Since such genes would give the organism an evolutionary advantage, they would then be passed on to offspring, speeding up the emergence of the dreaded, antibiotic-resistant 'super-bacteria'.

TU Delft is involved in a major project to map out the dangers of free-floating DNA. The National Institute for Public Health and the Environment and the Ministry of Infrastructure and Water Management are partners in this project. Previously, David Weissbrodt's group discovered that the current sterilisation methods used in scientific laboratories, hospitals and industry are not sufficient to completely destroy DNA. " Currently, microwaves and autoclaves are often used," says David Calderón Franco, who also works at TU Delft. "The former involves heating biological material, while the latter uses high-pressure steam. Both methods kill living cells, but do not degrade all the DNA contained in those cells. Extracellular DNA, DNA without a cell, could thus end up in nature."

A better understanding
The Delft researchers have now taken an important step towards a better understanding of the impact of free-floating DNA. They have developed a way to isolate and then analyse the DNA that is present in wastewater. Using this method, they can distinguish between DNA contained in cells, for example in the microorganisms used for wastewater purification, and free floating DNA. "We use a succession of filtration and adsorption techniques to isolate and purify extracellular DNA while separating it from bacteria", Calderón Franco explains. "This allows us to determine which portion of the genetic material in wastewater is actually free floating DNA."

The ultimate goal is to have a clear picture by 2022 - not only of the amount of free floating DNA in our wastewater, but also of the nature of that DNA and its potential to transfer to natural microorganisms. What kind of genes are involved, and what is the risk of such genes? The isolation method and other techniques developed in Delft will play an important role in answering these kinds of questions.

Mitigate risks
And then what will happen? At best, free-floating DNA poses a limited risk and very little needs to change. In the worst case, our wastewater purification and sterilization methods will have to be overhauled and we will need to design solutions to mitigate risks at the source. David Weissbrodt and David Calderón Franco are already planning for that eventuality. They are, for instance, working on ways to remove DNA from wastewater in a very targeted manner. This way, we will not only know how big the problem is, but we will also be able to immediately do something about it. 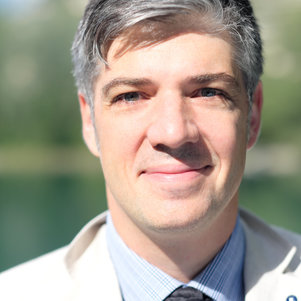 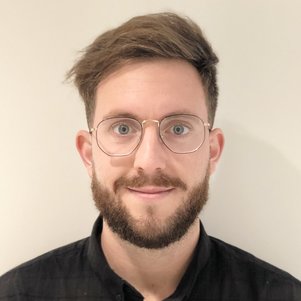