A team of researchers from the University of Oxford, Delft University and IBM Zurich have demonstrated that graphene can be used to build sensitive and self-powering temperature sensors. The findings pave the way for the design of highly sensitive thermocouples, which could be integrated in nanodevices and even living cells.

On-chip temperature sensors that are scalable, reliable and can be incorporated into nanodevices are essential for future thermal management in CPUs. By determining the local heating in certain segments of a CPU through the distribution of temperature monitors along critical points, feedback can be provided to a control system. In response, thermal management could allow for the redistribution of the thermal load through spot cooling or load distribution, for instance among different computing cores, avoiding hot spots and enabling a longer device lifetime as well as saving energy. Such temperature sensors should have a small footprint, high accuracy, consume a minimum amount of power and be compatible with established nanofabrication techniques.

On-chip thermometry
Thermocouples are an ideal candidate for low-cost thermometry as they are self-powered and relatively easy to fabricate. They tend to have small variations in sensitivity because their signal stems from intrinsic material properties. Typically, thermocouples are a combination of two materials with different Seebeck coefficients joined at the sensing end, enabling the measurement of a thermovoltage build up between a sensing and reference that is proportional to a temperature difference. In order to achieve on-chip thermometry with conventional thermocouples, normally two separate fabrication runs are required. However, thermocouples that can be readily integrated into current wafer scale integration have already sparked interest, with multiple efforts to fabricate single metal thermocouples reported previously. Yet, these thermocouples have a small sensitivity (on the order of 1 μV/K), tend to have a large footprint and have a relatively large thickness on the order of 100 nanometers.

Graphene
A team of researchers from the University of Oxford, Delft University and IBM Zurich has now demonstrated that graphene can be used to build sensitive, single-material and self-powering temperature sensors. They patterned graphene, a one atom thick sheet of carbon atoms, into a U-shape, with a wide and a narrow leg joining at the sensing end. By carefully tuning the geometry of the graphene legs and exploiting the effect of electron scattering at the edges of the graphene device, the team achieved a maximum sensitivity of ΔS≈39 μV/K. 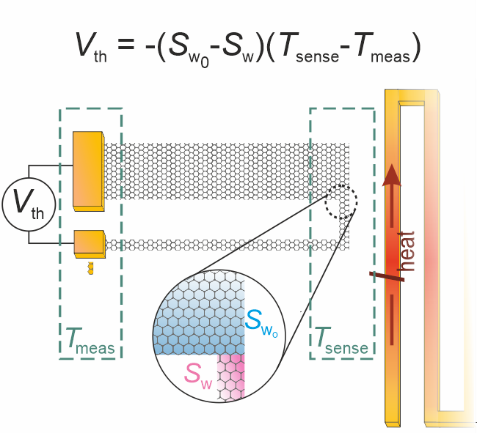 The results could pave the way for the design of highly sensitive thermocouples with the possibility of integration in van der Waals structures and future graphene circuits. In addition, due to graphene’s bioinert nature and it’s stability in a variety of circumstances, these thermocouples could also be used as temperature sensors in harsh or sensitive environments, such as cells and other living systems. 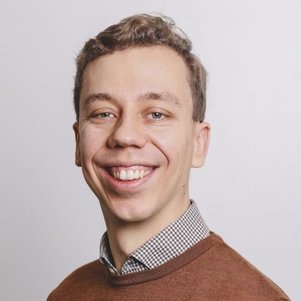