DNA in a cell can normally be compared to spaghetti on one’s plate: a large tangle of strands. To be able to divide DNA neatly between the two daughter cells during cell division, the cell organises this tangle into tightly packed chromosomes. A protein complex called condensin has been known to play a key role in this process, but biologists had no idea exactly how this worked. Until February 2018, when scientists from the Kavli Institute at Delft University of Technology, together with colleagues from EMBL Heidelberg, showed in real time how a condensin protein extrudes a loop in the DNA. Now, follow-up research by the same research groups shows that this is by no means the only way condensin packs up DNA. The researchers discovered an entirely new loop structure, which they call the 'Z loop'. They publish this new phenomenon on 4 March in Nature, where they show, for the first time, how condensins mutually interact to fold DNA into a zigzag structure.

'It started with the question of whether DNA can be folded into a compact chromosome by means of single loops, or whether there is more to it,' says TU Delft postdoctoral Dr. Eugene Kim. 'We wanted to see several condensins at the same time. During the experiments, we discovered an interesting new form of folded DNA, which clearly differs from a single loop, and which surprisingly also occurs much more often than those loops. We were able to figure out experimentally that DNA is folded in a kind of zigzag structure. We named these structures Z-loops, since the DNA is folded in the form of the letter Z.'

The researchers mainly examined the structure out of curiosity. ‘It wasn't predicted at all,' says Kim. We wondered: how is such a structure made by two condensins, what is the underlying molecular mechanism?

Research leader Prof. Cees Dekker explains: 'The creation of a Z-shaped structure begins when one condensin lands on DNA and makes a single loop. Then, a second condensin binds within that loop and starts to make its own loop, creating a loop in a loop. When the two condensins meet during their tug-of-war, something surprising happens: the second condensin hops over the first one and grabs the DNA outside the loop, continuing its way along the DNA. We were very surprised that condensin complexes can pass each other. This is completely at odds with current models, which assume that condensins block each other when they meet. ’

In cells, DNA is such a complex tangle that it is very difficult to isolate and study the loop extrusion process. The researchers therefore visualized the loop formation in 1 DNA molecule on a glass plate. They attached the two ends of the DNA molecule to a surface and stuck fluorescent labels to the DNA and the condensin proteins. By then applying a flow in the liquid, perpendicular to the molecule, the researchers were able to make the DNA take on a U-shaped form and bring it under the microscope for imaging.

This research is an important step in the fundamental understanding of DNA in our cells. It also has medical relevance. Problems with the protein family to which condensin belongs, the SMC proteins, are related to hereditary disorders, such as Cornelia de Lange Syndrome. Condensin is also crucial in the organisation of chromosomes during cell division; errors in this process can lead to cancer. A better understanding of the underlying molecular mechanisms is vital in the search for the molecular origin of serious diseases. 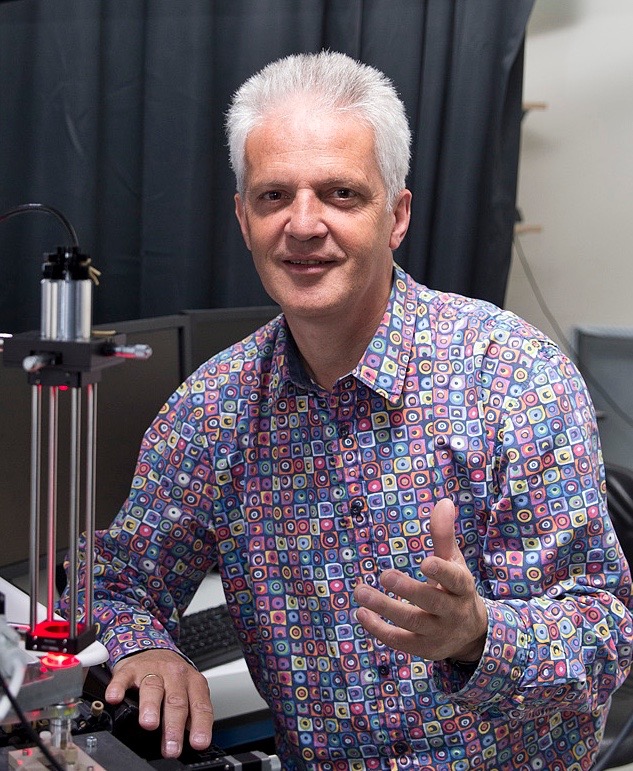 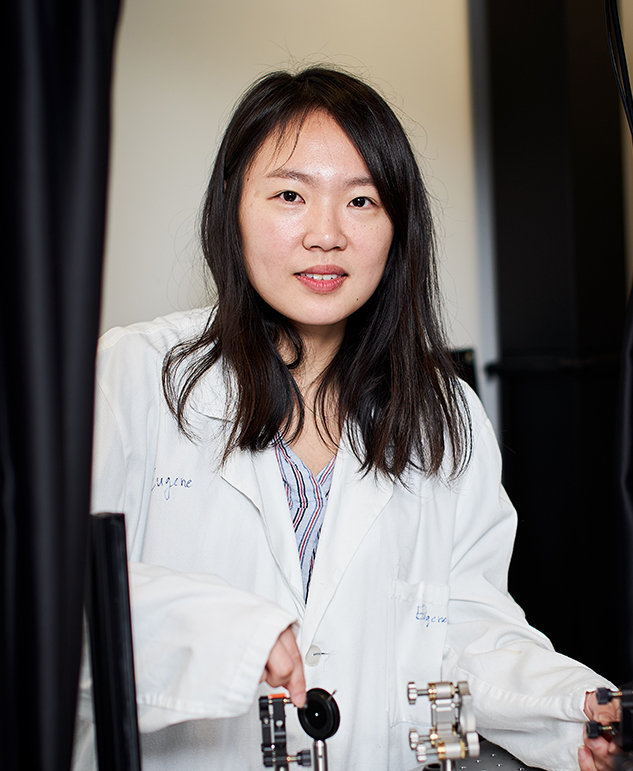