Transistors based on germanium can perform calculations for the future quantum computer. This discovery by the team of Menno Veldhorst may place the transistor, which changed our daily lives drastically since its invention in the 1940's, at the basis of the quantum revolution. The researchers at QuTech, a collaboration of TU Delft and TNO, published these results in Nature.

The development of the quantum computer, with its potentially unprecedented possibilities, seems to be going very fast lately. The building blocks for such a computer are the so-called quantum bits. Over the past two decades, researchers around the world have studied various existing and new systems to function as quantum bits, including transistors. These tiny switches are present in billions on the chips of our computers, telephones and televisions.

Germanium
‘We have been working with transistors as the building blocks for a quantum computer for some time now,' says Nico Hendrickx, first author and PhD student at QuTech. ‘Until now, however, it hasn’t been possible to perform quantum calculations using only transistors. Other elements were needed as well, and this provided a limitation for upscaling. We now show that a single transistor can function as a quantum bit by using germanium.’ 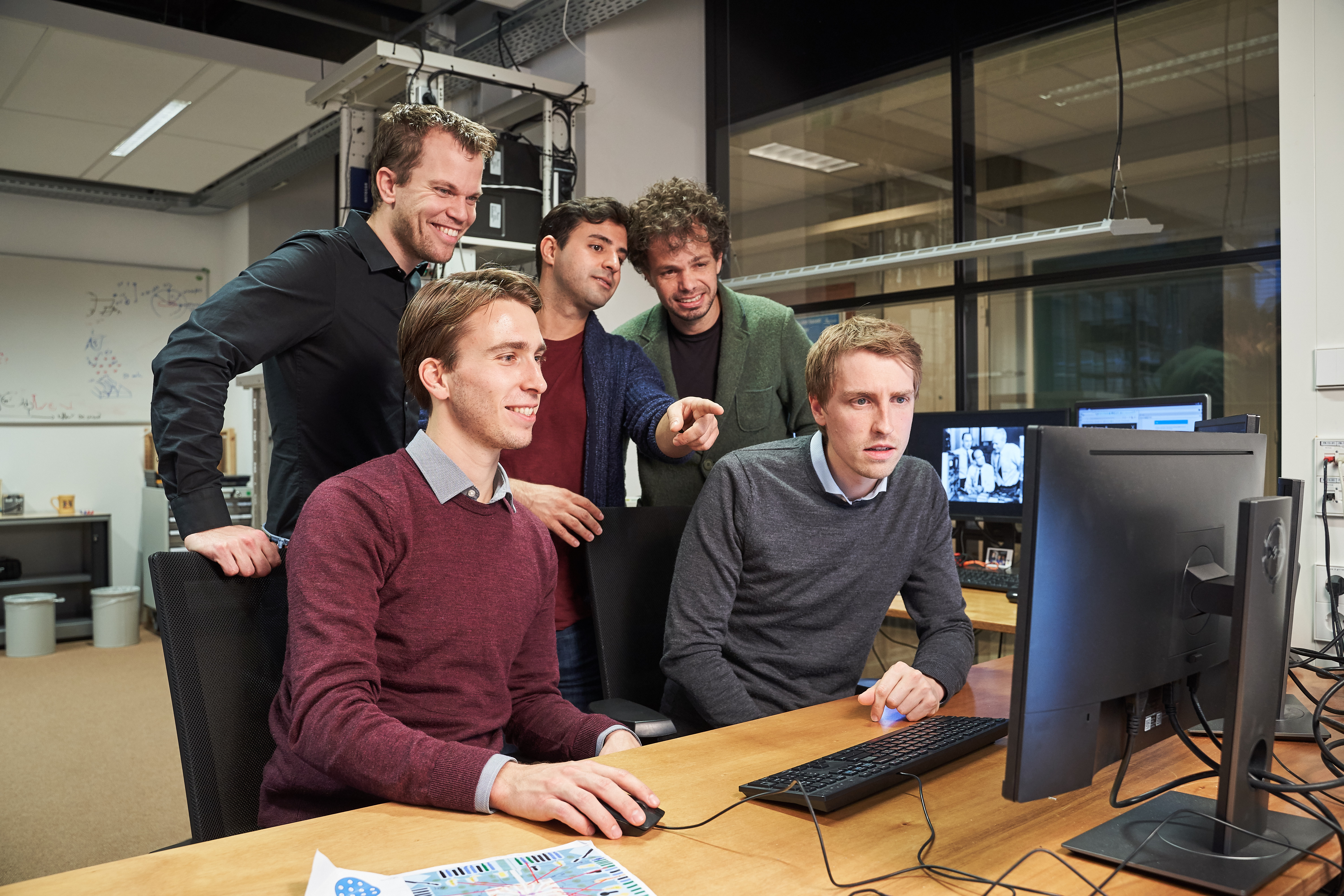 The team in the lab (from top to bottom, from left to right): Menno Veldhorst, Amir Sammak, Giordano Scappucci, Nico Hendrickx and David Franke.

1947
'The very first transistor from 1947 was made of germanium. The whole semiconductor revolution, and thus our mobile phones and all other electronics, could in theory have been based on germanium instead of silicon,' says principal researcher Menno Veldhorst. ‘After all, it was known already in 1947 that germanium actually has better properties as a semiconductor than silicon. But it turned out that there were difficulties in manufacturing, which made silicon the material of choice for the semiconductor industry.’

Platform
‘We also already knew that germanium could be an excellent material for making quantum bits, but the challenges in manufacturing have long remained a bottleneck,' says Hendrickx. ‘We've now solved these problems, and after that it went very quickly. In the article in Nature we show that we can perform reliable and extremely fast quantum calculations with germanium.'

‘This means that germanium has matured in about a year’s time from constructing the material to a platform on which quantum calculations can be carried out,' says Veldhorst. This development is unprecedentedly fast and that is extremely promising on the road to a functional quantum computer'. 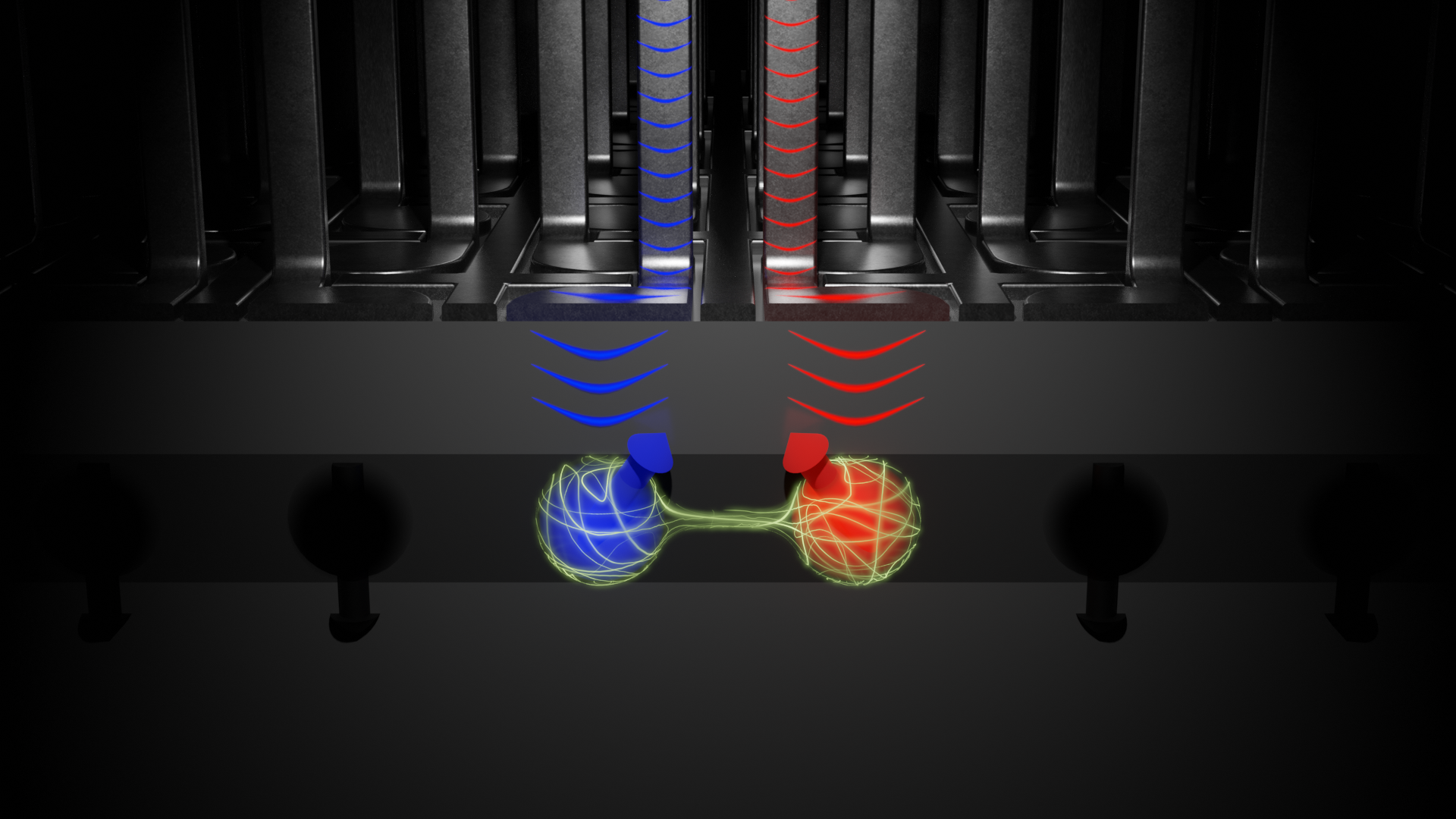 Illustration of 2 quantum bits made out of germanium transistors for a quantum computer.

Leading party
Research groups all over the world are developing germanium as a material for quantum bits. 'QuTech is the leading party in this field. We have been quick to develop germanium quantum technology and are optimistic about the possibilities for further upscaling. In addition, we are already looking at how we can collaborate with partners from the industry, with the great advantage that our methods fit in well with the existing technology that provided the basis for our current information age,' concludes Veldhorst.