Off the coast of Noord-Holland, 18.5 kilometres from the beach, an 88-square-kilometre wind farm is being built as part of efforts to achieve the climate targets. As research partner in the so-called Hollandse Kust Noord (HKN) project, TU Delft is playing a significant role. Once the wind farm has been built, researchers, led by Professor Jan-Willem van Wingerden, will be able to test their findings regarding wind energy in practice, and the amount of energy generated by the wind farm will be maximised.

Wind energy has an important part to play in the Dutch government's plans to meet the targets outlined in the Paris Agreement. A consortium headed by CrossWind, a collaboration between Shell and Eneco, was selected from various project proposals and has been given the green light to put its plans into practice.

Energy transition
Jan-Willem van Wingerden is pleased to be involved with the HKN project. “Collaboration with the industry shows how we are directly impacting society. The results of our research will immediately be tested on a large scale and refined where necessary." The wind farm is expected to be able to produce energy for some 1 million households. The project will also serve as an example to other offshore wind farms, helping to make wind energy more efficient in the future, and therefore also cheaper.

Wakes
Six doctoral candidates and two postdoc researchers will work on the project, being involved in the design of the wind farm and in the operational phase. The primary focus of the research is on the optimal layout of the wind farm and improving the methods for maximising the farm's energy production. “A wake is created behind each turbine, and considerably less energy can be generated in this wake," explains Jan-Willem. “Our techniques can be used to make the so-called wakes shorter or change their direction, so that more energy can be generated by the turbines and the predictability of energy production can be improved. The HKN project is now offering us the opportunity to test these methods in practice and optimise them."

Market integration
In collaboration with DUWIND, TU Delft's umbrella research group in the field of wind energy (headed by Professor Simon Watson), the research into wakes will be complemented by research into the flexibility of wind farm energy production. A significant line of research in the decade ahead is the integration of the energy produced at large offshore wind farms into the Dutch electricity market. This is vital in order to guarantee the stability and quality of our electrical grid during the transition to more sustainable energy sources. 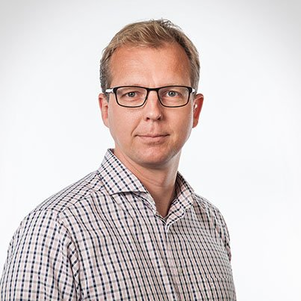