We’re all familiar with the step tracker these days. Now there’s something new: the stumble tracker. This invention by TU Delft is helping a trauma surgeon at Erasmus MC to measure whether people using a new kind of prosthetic leg stumble less frequently. ‘This partnership has a bright future.’

For several years now, trauma surgeon Oscar van Waes from Erasmus MC has been placing a new type of prosthesis in the bone of some people following a leg amputation. The prosthetic leg clicks directly onto a stem that is anchored in the bone, also called osseointegration or click prosthesis. Compared to a socket prosthesis, this has advantages: it causes less pain and makes walking easier and safer. Every year, about 100 people in the Netherlands qualify for a click prosthesis.

Van Waes’s patients with click prostheses told him that they stumble less often. ‘I can imagine that’s the case, because this kind of prosthesis allows you to feel the bumps in the ground much better when you walk.’ He sought cooperation with the Department of BioMechanical Engineering at TUDelft. This collaboration between Van Waes and Jaap Harlaar, professor of clinical biomechanics at TU Delft, gave rise to the idea for the stumble tracker: an objective way of measuring whether people who wear a click prosthesis actually stumble less. ‘After an extensive analysis of his clinical findings, I thought: stumbling, that’s something I can take up,’ says Harlaar.

Dylan den Hartog, a Master student in the Department of Mechanical Engineering at TU Delft at the time, developed the stumble tracker as a graduation project. The tracker is about the size of a matchbox and measures leg acceleration and rotation. Den Hartog set up the device by attaching it to the lower leg of ten healthy volunteers. They were subsequently made to stumble over unexpected obstacles on a treadmill (wearing a safety harness, of course).

Den Hartog used the data from the stumbling experiment to develop an algorithm that was able to correctly detect 273 of the 276 stumbling moments. For this, he used machine learning, a form of artificial intelligence. ‘In addition to distinguishing between stumbling and daily movements such as climbing stairs, we were also able to distinguish between two types of reactions to stumbling.’

They both appreciated the cooperation between the engineers and the doctors. Van Waes: ‘Prosthetics is becoming more advanced. We want to develop more expertise with TU Delft in the field of sensors and feedback between the prosthesis and the nerves in the stump.’ Reciprocating, it’s interesting for the engineers to develop solutions that solve clinical questions, adds professor Harlaar, who is also appointed at the Orthopaedics Department at Erasmus MC. There’s one thing they both agree on: this partnership has a bright future ahead of it.

The stumble tracker is one of the first results that came out of the partnership between Erasmus MC and TU Delft, called Convergence Health & Technology. 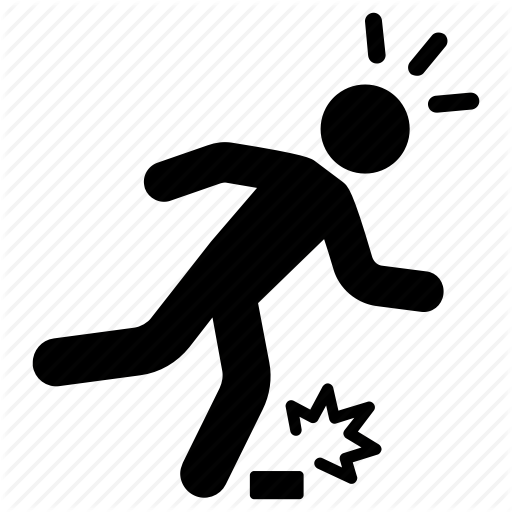