A special object is being built on the Westlandseweg in Delft: a temporary, circular watchtower, made almost entirely of wood without screws, glue or nails. The tower has been designed and is being built by BK students Edmund Thomas Green and Ludvig Sundberg, who won a design competition held by study association D.B.S.G. Stylos and project organisation Nieuw Delft at the end of 2019.

In the design competition, architecture students from TU Delft were challenged to design a temporary and circular observation tower, which would allow the area development Nieuw Delft to be followed from the air. The tower will complement the temporary incubator of the minimal food waste movement I CHANGE, which has been housed on the wasteland on the Westlandseweg since 2018.

What makes the design special is its innovative construction. No screws, nails or glue are used, but the beams are clamped together with steel bands. "This way, the wood remains undamaged, so it can be reused later. It also makes the tower easy to assemble and dismantle," say Edmund Thomas Green and Ludvig Sundberg. The design thus scores high on the aspect of detachability as part of circularity. As it concerns a temporary observation tower, this was an important condition for the design.

Read more about the project here in Dutch. 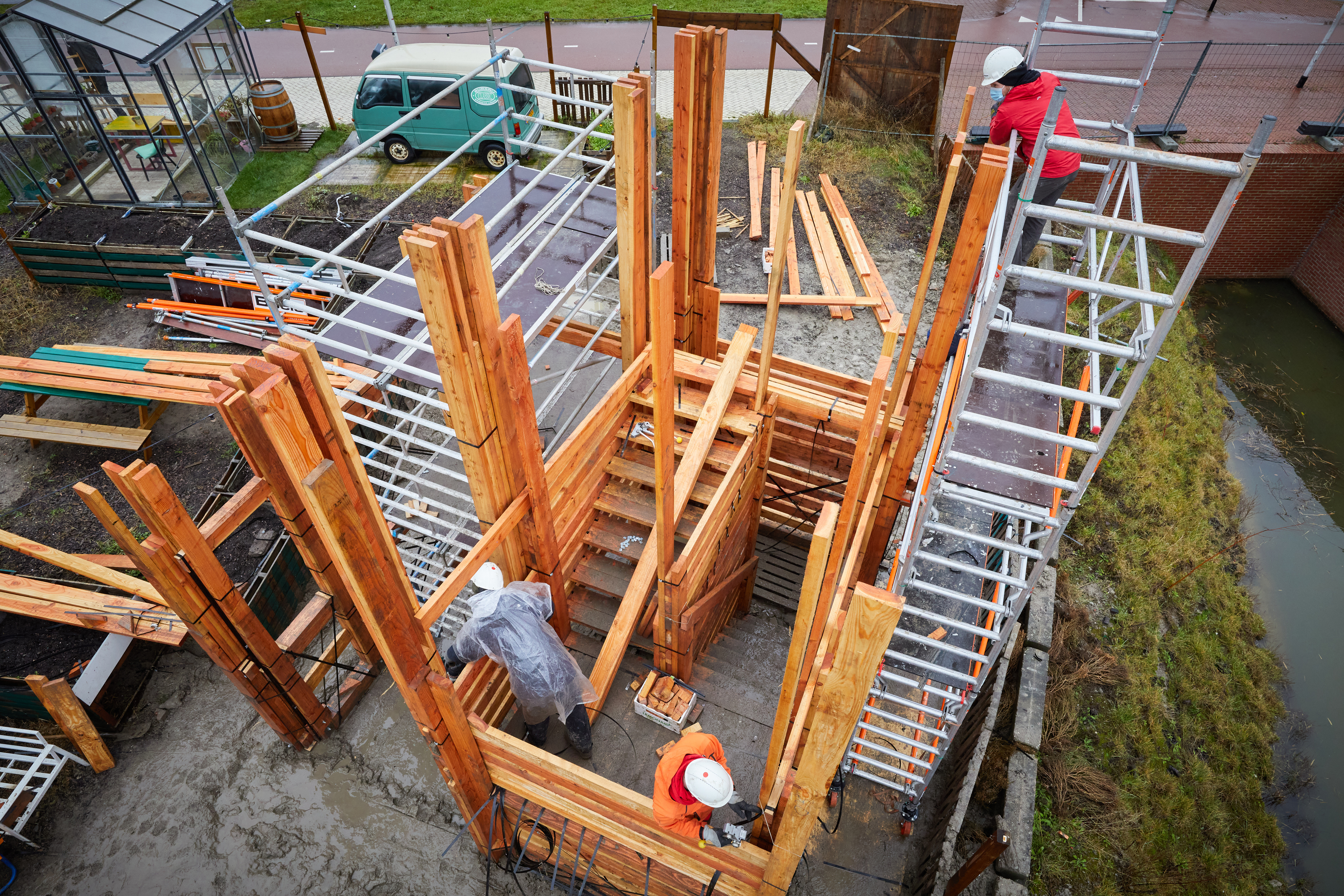 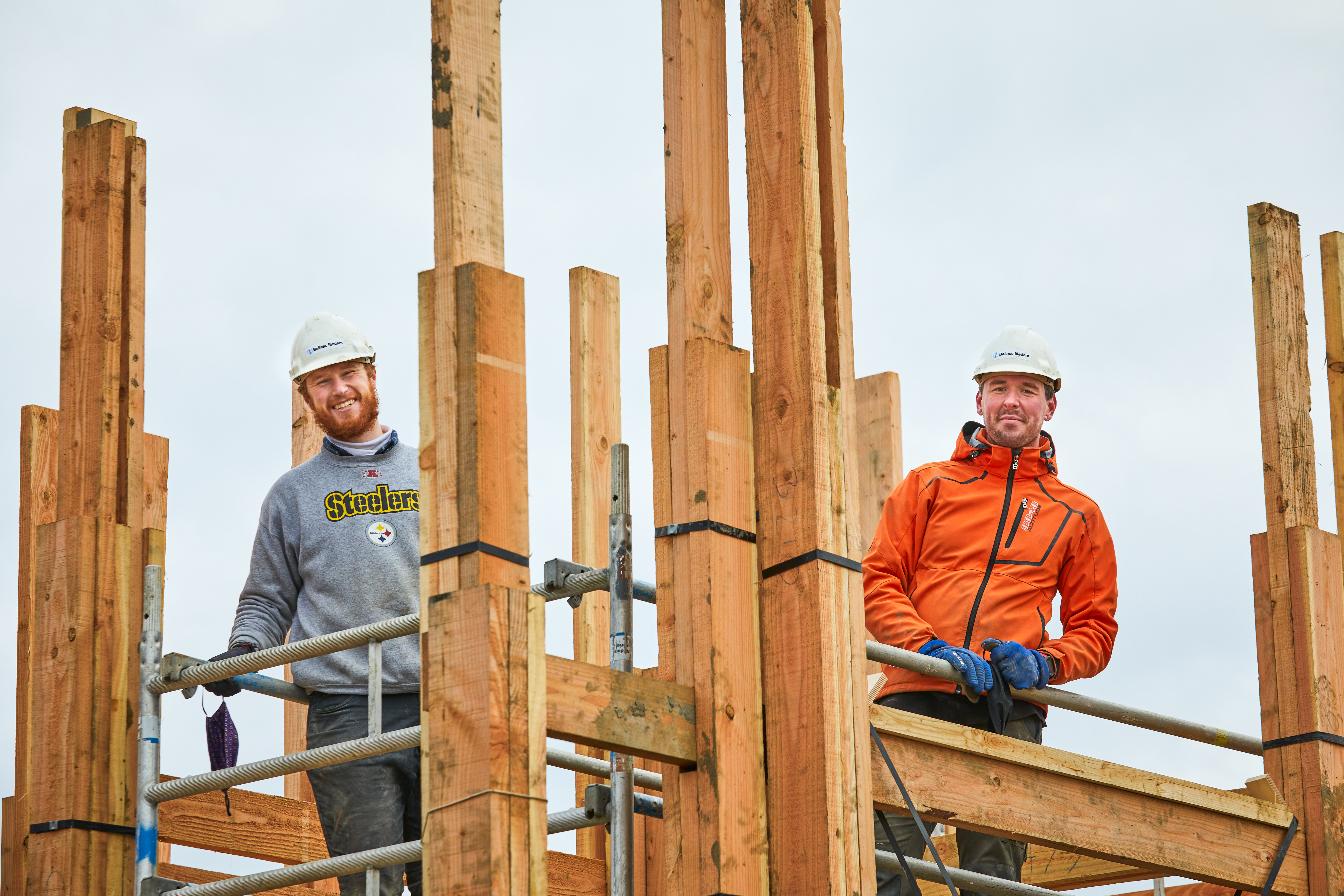