From house of worship to home

During his studies, former architecture student Nima Morkoç bought the vacant Juliana Church in Heijplaat to live in with friends. Then disaster struck: the monumental building went up in flames. Now, four years later, everything indicates that the burnt-down church will rise again in the form of four houses. "That is the biggest task for our generation of architects: making affordable housing," says Nima.

Housing corporation Woonbron had put the Juliana Church on Zaandijkstraat up for sale after ten years of vacancy. Nima's father convinced his son that it was a stroke of luck to buy the church and the rectory together. Nima the church, his father the rectory. They signed the contract in March 2017. After the summer holidays, Nima and four college friends would start working on the church. They wanted to construct five tiny houses inside the church as living quarters. The church hall would thus remain available for parties, film screenings or dinners.

On Sunday, August 6, 2017, just after 11 p.m., his father called: "Nima, you have to come. There's a fire in the church!" The fire was spreading at breakneck speed. The church had to be considered lost. A graduation project had fallen into his lap: finding a new function for the burnt-down church. What determines the monumentality of the church for its surroundings? That is the driving question in Nima Morkoç's graduation thesis Social Monumentality (2018). The monumentality lay not in the building itself, which Morkoç describes as a barn with the addition of a bell-tower. And strangely enough, not in its function either: 'the church was empty for 10 years and nobody seemed to care'.

What applies to the Juliana Church, now called Project Juul, applies to more churches: the social connections have disappeared, residents no longer look out for each other, cohesion is disappearing and loneliness is increasing. The question, and also the assignment that Morkoç has set himself, is: how can the social monumentality of the Julianakerk be restored in a way that Heijplaat can benefit from it? It is about restoring social links that had already disappeared long before the fire broke out. After graduating, he always kept one day a week free for the redevelopment of the Julianakerk. Morkoç had developed a strong preference for the redevelopment as housing. "It is the biggest task for our generation of architects: to make affordable housing. Everyone I know is running into it."

This is a much abridged version of an extensive story that previously appeared in TU Delta by Jos Wassink (editor TU Delta). Dutch only. 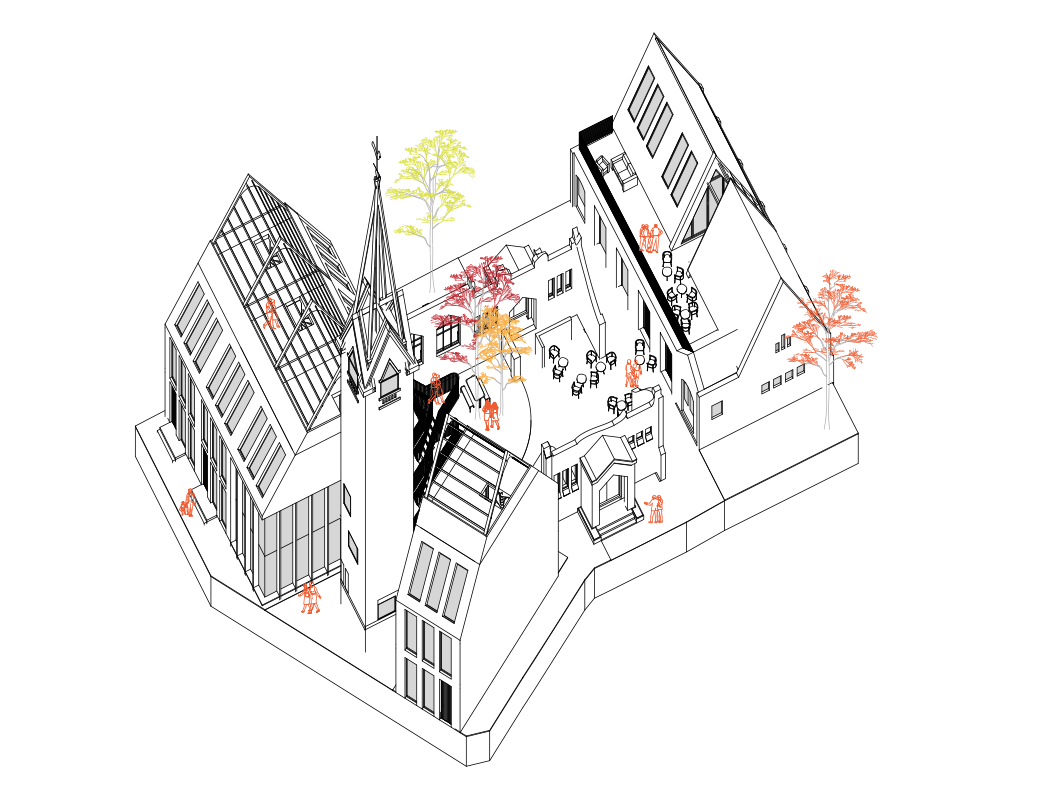