Water system of the Randstad – open access publication of OverHolland

In the Netherlands, water management and cultural heritage are inextricably linked. The latest issue of OverHolland focuses on the water system of the Randstad. That system is considered the driving force behind the rise of Holland. From the late Middle Ages, Holland experienced spectacular economic growth. It developed into the most urbanized area of Northwest Europe. Water management is a crucial factor in the spatial development of Holland's cities. The water heritage consists of more than just objects, such as locks, bridges, polders, and mills. It is a complex system, connecting various scale levels, spatially, hydrologically and administratively. The water system is the result of the interplay between natural processes and human intervention, between landscape and technology.

In OverHolland the theme is approached from different angles. The core of this issue is a series of detailed cartographic reconstructions made by the Cultural Heritage Agency of the Netherlands and the Faculty of Architecture at Delft University of Technology, showing the development of the water system and urban form over time. This knowledge can be used to make the water system future-proof.

OverHolland is a publication of the department Architecture and published in Dutch and Rijksdienst voor het Cultureel Erfgoed and published by the KNOB (Royal Netherlands Society of Architectural History).

Printed copies can be ordered via Idea Books. The content is also available online. 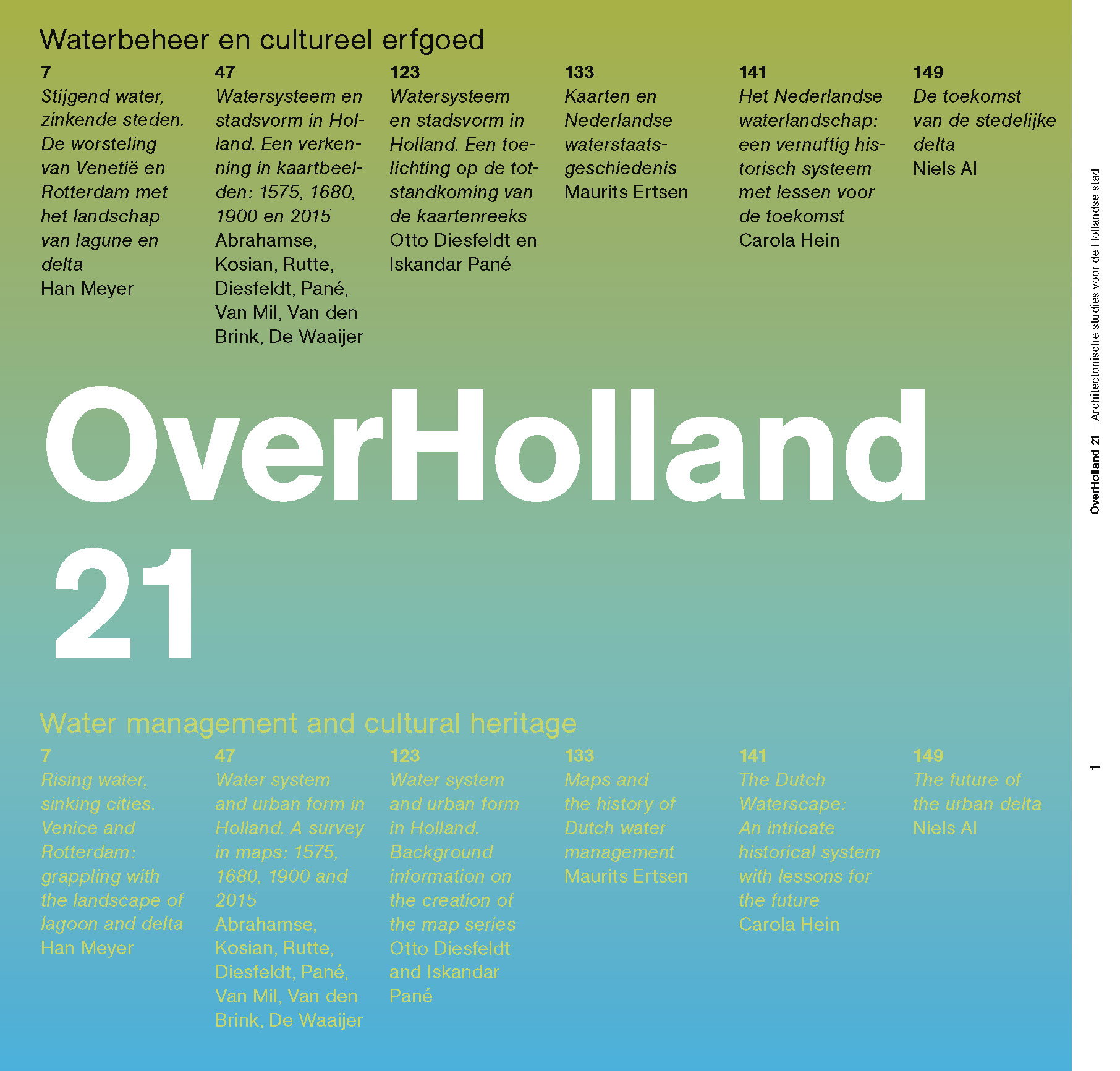