Emma was in Delft while her parental home was flooded

After a few days of rain, the water level in Limburg suddenly shot up. What was going on? Were we well prepared? And was it due to climate change? Emma, student at TU Delft Industrial Engineering tells her story. Two professors of Civil Engineering and Geosciences, Bas Jonkman and Pier Siebesma explain more about the flooding.

This summer, TU Delft student Emma Dijkstra received alarming messages on her WhatsApp. Her family (father, mother and brother) in Maastricht had been ordered to leave their home. They live there in the beautiful Heugem neighbourhood with a view of the River Meuse. But that was exactly the problem. It was Thursday, 15 July 2021, and the river was expected to rise by between 0.8 and 5 metres. Neighbouring houses were evacuated as a precaution. "You really need to get out of here," a law enforcement officer told her father. They moved things from the basement onto tables and left later that night to sleep at a friends’ house. "I wish I could have done something," says Emma afterwards. But she was too far away in Delft, where she studies Industrial Design Engineering. "I felt useless. And we didn't know how high the water would come." 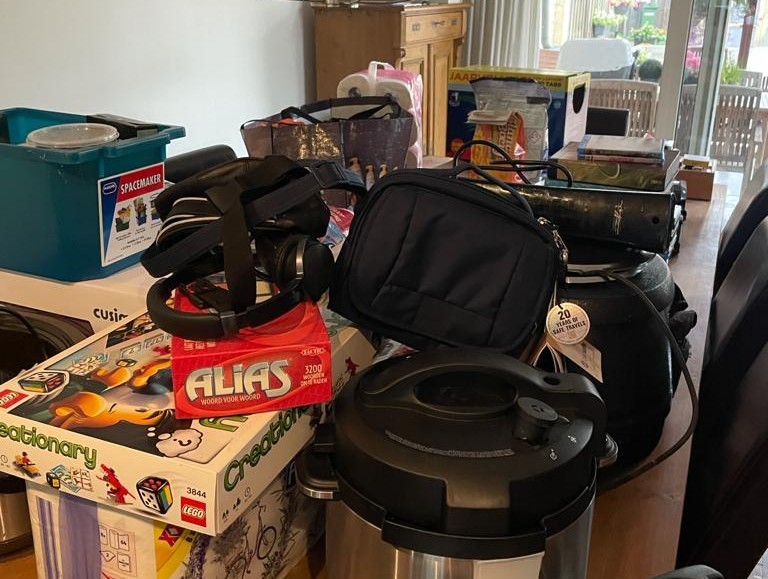 Household goods brought up from the cellar out of precaution (Photo: Collection Emma Dijkstra)

"It was an extreme event," Prof. Pier Siebesma says looking back. He is Professor of Atmospheric Sciences at the Faculty of Civil Engineering and Geosciences and also works as a researcher at KNMI. "A low-pressure area lingered over the border area between Belgium and Germany for days. Areas of low pressure draw air from the surrounding area. The air was extremely humid because it was warm and it had rained a lot in the previous weeks. The air gathers in the low-pressure area and is squeezed out like a sponge. Normally a low-pressure area moves with the flow in higher layers of air - the jet stream. This time, it stayed in place and on Tuesday and Wednesday there was up to 150 mm of rain locally. The Netherlands normally receives 800 mm in a whole year. The weather forecasts had predicted this correctly, by the way."