In a major study funded by U.S Government, an international consortium of researchers successfully mapped the different types of brain cells in the motor cortex. Scientists from the Leiden University Medical Center (LUMC) and Delft University of Technology (TU Delft) contributed specific expertise to visualize the data.

Coordinated by the National Institutes of Health, the BRAIN Initiative Cell Census Network (BICCN) program aims to chart all brain cells in various mammalian species, including humans. “Most recently, this consortium successfully built the most comprehensive and detailed map of the motor cortex region to date”, says Medical Delta Professor Boudewijn Lelieveldt. Nature has devoted a special 17-paper issue to describe the consortium’s findings.

All possible existing single cell technologies were used to examine this important part of the brain which enables mammalian movement. “In one of the 17 papers, the consortium could establish the relationship between gene expression, regulation and the DNA 3D structure of 300,000 individual brain cells to create a kind of cellular periodic table”, Lelieveldt explains. His team of LUMC and TU Delft scientists made a key contribution in the field of data visualization.

The Leiden-Delft group has long cooperated in the data visualization domain with the Allen Institute in Seattle, responsible for centralizing and analyzing all cell type data generated throughout the BICCN. “Our main challenge was displaying very complex data in a way that any hidden information within it can be interpreted more easily 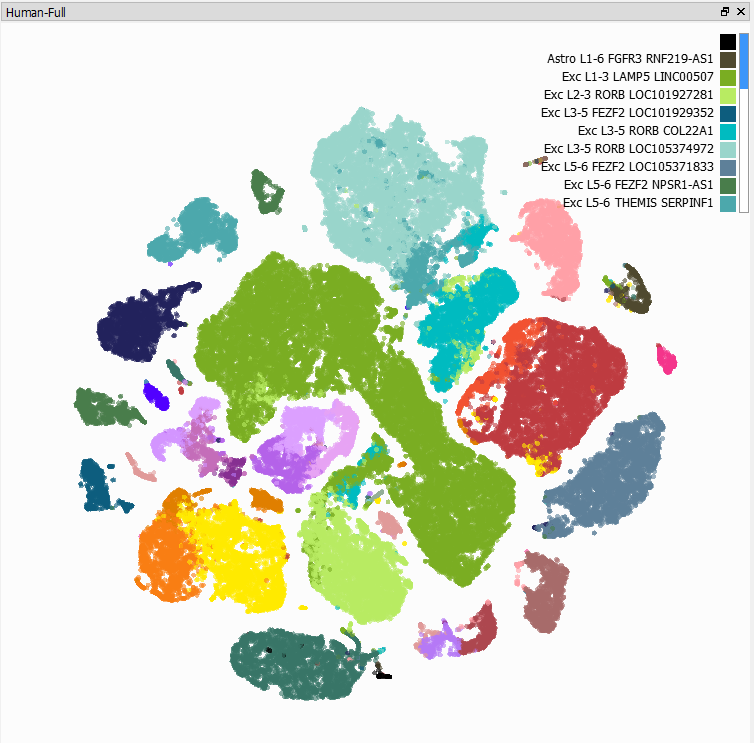 ‘as if it were a picture book’”, explains Thomas Höllt of TU Delft. For this particular project, researchers Jeroen Eggermont and Baldur van Lew wrote the Cytosplore Viewer computer program that helped link different types of information for individual brain cells. According to Eggermont: “the Cytosplore team's contribution is seen as a significant one: Nature prominently highlighted the Cytosplore Viewer on the ‘online landing page’ of the special issue”.

For the group, this accomplishment represents a culmination of ten years of close collaboration between LUMC and TU Delft, and a perfect example of Medical Delta cross-fertilization between computer science and neuroscience. Joint efforts also involve the Vrije Universiteit in Amsterdam, which coordinates the NWO Brainscapes Gravitation project. "You can compare this whole special issue a bit to a mission to Mars, where we have been asked to develop a few parts for the rocket. In the grand scheme of things, our contribution is a small one - but it was still a tremendous honor - and now we got to witness the aircraft land," Lelieveldt concludes.

To download the Cytosplore Viewer Software for free click here. The project received funding from NWO TTW grant 3DOMICS and the NWO Brainscapes gravitation consortium. It is part of the Medical Delta AI for Computational Life Sciences program.