Researchers from Delft University of Technology and the Netherlands Cancer Institute (NKI) have developed an algorithm to predict patient response to anti-cancer drugs. This allows us to identify more rapidly if some drugs can have a positive effect on a specific patient, even for complicated medicines such as chemotherapies where response is typically hard to predict. This method is called TRANSACT and makes use of the wealth of data previously collected through research with cell lines. A cell line consists of a strain of human cells, artificially grown in a petri dish. Such cell lines have already been widely used to study the resistance mechanisms of cancer drugs. These findings, however, have so far poorly translated to humans. This is partially due to the fact that cell lines are an artificial model of limited complexity compared to an actual tumor. TRANSACT was developed to bridge this gap between model systems and clinical practice.

Soufiane Mourragui, bioinformatics PhD student, developed the algorithm. He explains: 'Our method, TRANSACT, uses drug response data measured on cell line models to predict the response of a patient to certain anti-cancer drugs. Unfortunately, these models do not fully represent the biology observed in cancer patients. To tackle this problem, TRANSACT uses machine learning to model the biology which is common between cell lines and the tumors. We have shown that this leads to better predictions in two clinical datasets. It's great to be able to use computer algorithms to potentially one day support doctors in their treatment decisions’.

For Prof. Dr. Ir. Marcel Reinders, TRANSACT is a first step in the right direction. 'We can now better predict how people react to medicines. The interesting thing is that we can now use TRANSACT to predict, for all kinds of existing medication, whether a patient will respond to them’.  The development of TRANSACT opens up new possibilities for the development of treatments for cancer patients’, according to prof. dr. Lodewyk Wessels. Wessels is group leader at the Netherlands Cancer Institute and holds a chair in Computational Cancer Biology at the TU Delft. ‘Machine learning helps us to focus on the processes that are shared between cell lines and patients, and that play an important role in drug response. Our goal is to employ these results to assist clinicians in selecting the best treatment for the patient’. 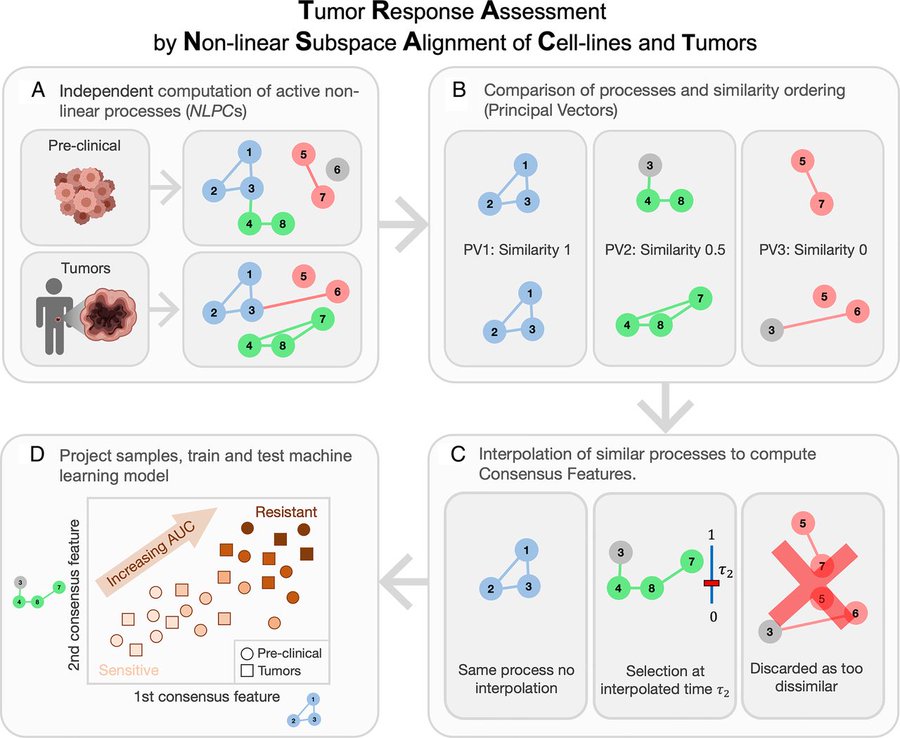 Soufiane Mourragui: 'Although our work represents progress in the area of drug response prediction, the performance of this new method is still far from clinical applicability and more research is needed to improve it further. But we are getting closer. With more data and algorithmic development, we hope to improve the performance.'

More about these results has been published on 7 December 2021 in PNAS.

TU Delft, NKI and Oncode Institute are collaborating closely on the research. In total, predictors of the drug response were tested on a panel of 1,000 cell lines, and the researchers successfully predicted drug response on approximately 1,300 human tumors.