New method to measure loss of signal in far-infrared instruments

After carefully observing dim objects in the night sky, you don't want to waste any precious signal on its way from the telescope dish to the detector. But in the case of far-infrared astronomy, it's not as easy as it sounds to transport the signal efficiently. In fact, it's even an endeavor to measure the exact amount of signal that gets lost. Scientists from SRON and TU Delft have now found a new, easier way to determine the signal loss. In the process they designed a signal-carrying microstrip for the DESHIMA-2 instrument that loses only 1 in 4,900 photons. Publication in Physical Review Applied.

The earth's atmosphere blocks out most radiation coming from space, so astronomers like to use satellites for an undisturbed view of the Universe. However this comes at a high price, because space instruments need to be extremely reliable and as small as possible. Far-infrared radiation consists of some of the few wavelengths that our atmosphere allows to pass through. So if you're interested in objects emitting far-infrared, such as planetary systems or galaxies far, far away from a long time ago, you could also build a ground based telescope. This was exactly what scientists thought when they designed the Atacama Submillimeter Telescope Experiment (ASTE) in Chile. Researchers from SRON and TU Delft have invented a far-infrared instrument for ASTE, called DESHIMA, and are now developing its successor DESHIMA-2 together with collaborators in The Netherlands and Japan. 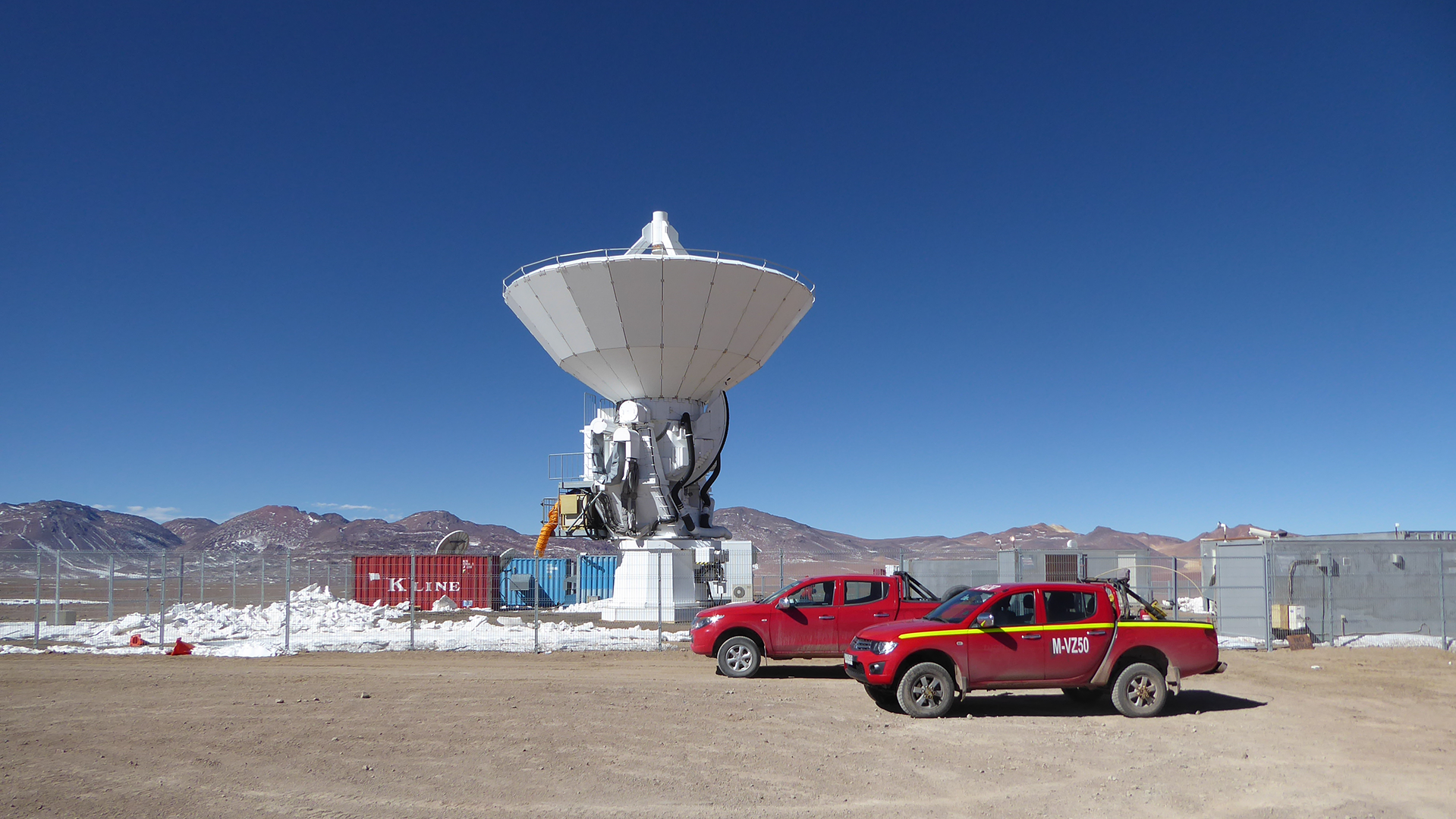 Because early galaxies are so far away and planetary systems are so dim, we have to be careful with the sparse light we collect with our telescopes, even if they carry dishes many meters wide. So the DESHIMA hardware team, led by Jochem Baselmans (SRON/TU Delft), tries to reduce the loss of signal. The incoming signal bounces back and forth hundreds of times before having travelled the required distance to the detector, amplifying the loss at each bounce. So if you reduce the loss at each bounce, the total loss goes down dramatically.

For DESHIMA-2, the team aims to reach a loss of only 0.02% per bounce. ‘To study early galaxies in more detail, we need a spectral resolution of 500,’ says Baselmans. ‘In that case even if you lose 0.2% per bounce, you have lost half the signal when it reaches the detector. We need to get the loss down to 1 in 5,000, so 0.02% to preserve most of the collected radiation from space.’

Currently the team is almost there, with a so-called microstrip that transports the signal at a loss of only 1 in 4,900. Perhaps the most difficult part wasn't even reaching this level, but rather precisely measuring that the microstrip is actually at that level. Sebastian Hähnle, who led this effort, describes his new measurement method in Physical Review Applied, enabling instrument scientists worldwide for the first time to actually know the capabilities of the microstrip they are working on. In the future, instruments will only become more complex, making this new method even more necessary.

To define a microstrip, scientists want to know the so-called internal loss. But when you simply subtract the outgoing signal from the incoming signal in a laboratory, you get a combination of the internal loss and the coupling loss, which happens when the signal bounces. So you need to distinguish between them. Now Hähnle has found a new, easier way to do this. ‘With other methods you need to know how large the incoming calibrated signal is,’ he says. ‘That requires expensive and complex experiments. My method does not need that.’ He created a chip with four microstrips of varying lengths. The longer the microstrip, the less the signal needs to bounce to travel the required distance, so the coupling loss becomes less while the internal loss stays the same. Now if you compare the total loss of all four microstrips, you can deduce the internal loss of each of them. 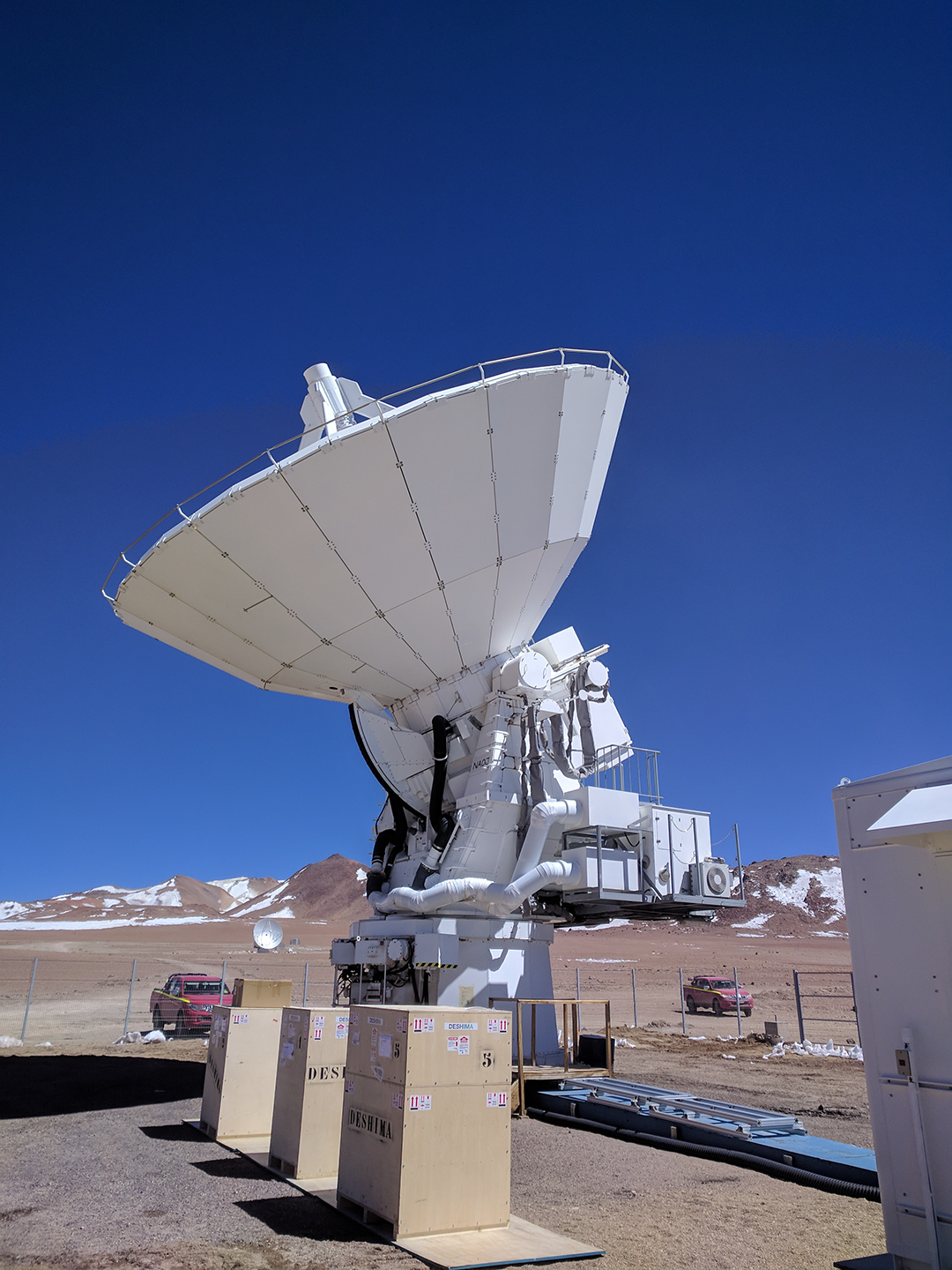