On Tuesday March 2, Marie Fayolle won the fourth Heinz Stoewer Space Award for her MSc thesis entitled “Geodetic parameter estimation for small-satellite small-body mission”. This year, Prof. Heinz Stoewer himself handed over the prize to Marie Fayolle at the VSV Symposium 2021. The prize is awarded each year to an MSc student or young alumnus / alumna of the Faculty of Aerospace Engineering for a master's thesis within the space department.

Fayolle's thesis focused on studying asteroids using a swarm of small satellites, also known as CubeSats. There are numerous asteroids floating around in the solar system. Asteroids are primordial, and therefore researching these small celestial bodies provides insight into the origin and evolution of the solar system. Moreover, there is always the danger that an asteroid could strike on Earth, in which case it is important to understand the composition of the body in order to model the impact of the strike. CubeSats have a high potential to successfully complete such missions, as they are relatively inexpensive implying that more risks can be taken. After the CubeSats are launched, they are put into orbit around an asteroid such that they can actively send measurements and camera images back to the mother satellite and/or a ground station on Earth. Her thesis supervisor Dr. Dominic Dirkx explains that in her thesis Fayolle designed a model with which she calculates stable, safe, and scientifically interesting orbits of CubeSats around an asteroid, followed by a detailed scientific analysis of the return of the mission. With this she was able to demonstrate the potential of CubeSats to properly analyse these celestial bodies. Furthermore, Fayolle conducted several levels of uncertainty analysis, in which she for example calculated the risk of CubeSat collisions or orbit track dropouts. She did all this for different scenarios performing with one to four CubeSats. “Her thesis could actually have been three separate studies, which is a great achievement!”, Dr. Dirkx explains.

"I am very happy that Fayolle ultimately chose this thesis topic, as that was not a given!" explains  Dirkx. Initially, Fayolle had chosen a different thesis theme and supervisor. Before her thesis officially started, she accidentally ran into Dirkx at the European Planetary Science Congress in Berlin. As a result of their conversation there Fayolle decided to do her thesis under his supervision." I am incredibly happy about that, because otherwise we would not have been able to celebrate this remarkable result! I have a lot of admiration for Fayolle, she is a talented researcher and it was a pleasure to work together. It was an honour to be her supervisor.”

Fayolle explains that the motivation for the thesis topic came from her interest in pure planetary sciences and orbital dynamics. Furthermore, it excited her that she could give the research her own innovative twist by adding the use of CubeSats. Regarding her collaboration with Dirkx, Fayolle says: “Of course, none of this could have been accomplished without the incredible help and support of my supervisor, who managed to guide me in my research while still giving me a lot of freedom to investigate the directions I found the most promising or interesting.”

After her successful MSc achievement, Fayolle started her PhD at TU Delft. This time she's exploring a different topic. With her PhD she is contributing to the JUICE mission in which the moons of Jupiter will be investigated. Here Fayolle will contribute to the analysis, manipulation, and integration of the large amounts of data that will be collected. In the meantime, Fayolle is also writing an article about her thesis to be published in a scientific journal. It is expected to be published later this year. 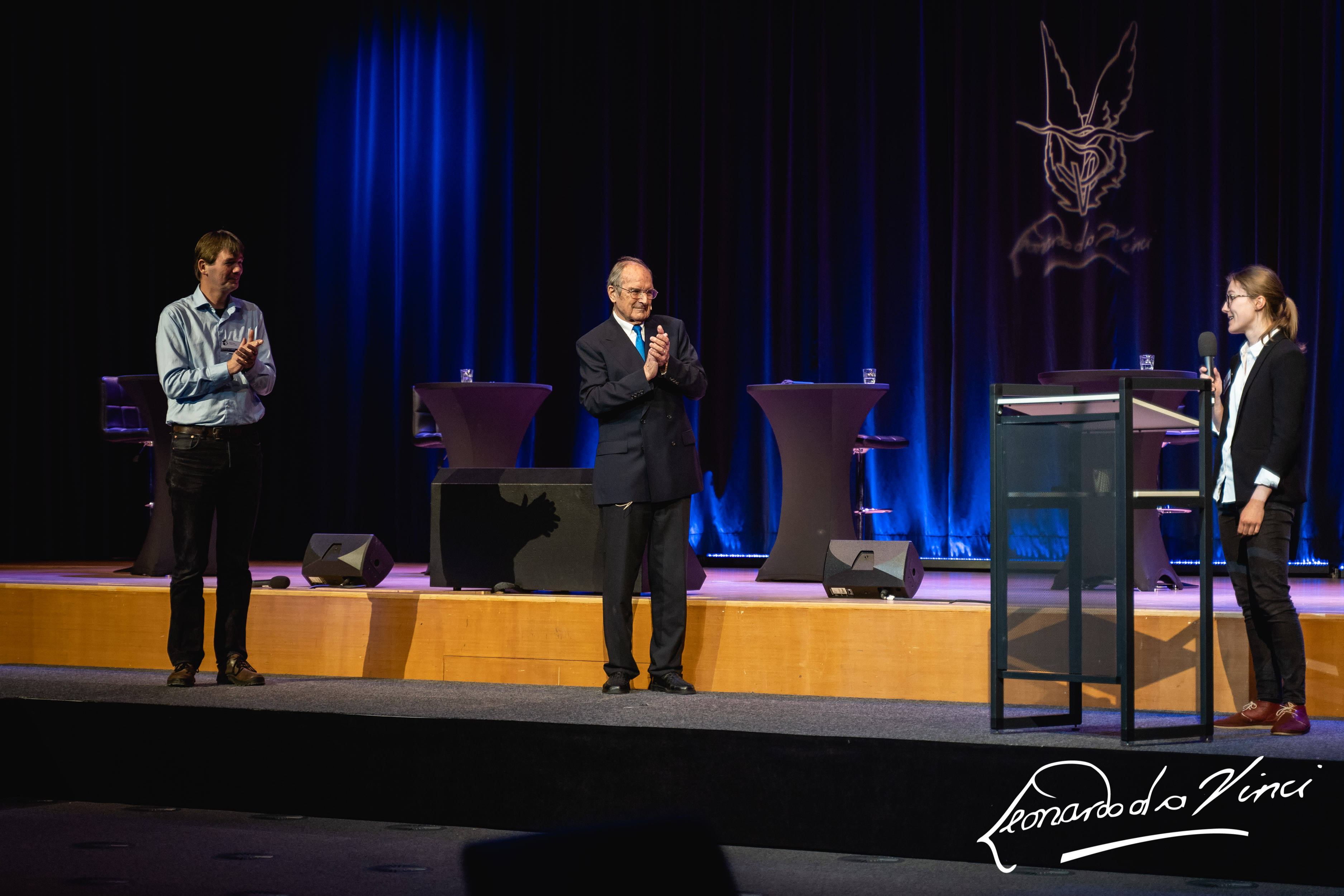 Fayolle says it feels very special to be awarded the Heinz Stoewer prize: “I was indeed very surprised and extremely honoured to receive the award. I attended the VSV symposium three years ago when the prize was awarded for the first time and could never have imagined that I would receive it myself a few years later! I really have a passion for science, and it was a great honour to see my master thesis work rewarded in this way, and especially to receive the award from Prof. Stoewer directly.”

The Heinz Stoewer Space Award was initiated in 2018 by Prof. Stoewer when he received the prestigious Space Engineering IEEE Simon Ramo Medal. To encourage and congratulate master's students on their research, he has decided to donate his prize money to promote the visibility of work with great social relevance.