How does someone fall down after a push or jump? How to do good research at a crime scene? Can a computer model determine the time of death? And how do you get all traces out of a phone in a good way? These are just a few examples of studies that TU Delft and the Netherlands Forensic Institute (NFI) are conducting together. Today, the collaboration has been strengthened by signing a joint "Memorandum of Understanding".

“For the NFI, investing in R&D and innovation is essential to be and remain state-of-the-art,” says dr. Annemieke de Vries, director of science and technology at the NFI. The forensic world develops very rapidly. “Look, for example, at the increased digitization and new techniques for encrypting information. To be ready for the forensic question of tomorrow, we must continuously invest and innovate. TU Delft is an important partner for the NFI, because (new) technology plays an important role in forensic research. The technical university is often at the basis of new developments useful for case investigation. We can then investigate whether it can be applied to forensic practice.” Professor Aukje Hassoldt, Dean of the Faculty of Technology, Policy & Management at TU Delft, agrees. She continues: “Because we, as two knowledge institutions, join forces, we are able to realise new scientific insights and innovations faster and more thoroughly. We can also jointly strengthen the ties with important partners such as the Public Prosecution Service and the Police.”

Researchers from the NFI and TU Delft have a long history of collaborating in the field of forensic scientific research. TU Delft and the NFI are now doing this, for example, in the Icarus project. In this project, the usefulness of a biomechanical human model is investigated to reconstruct what happened in a fall or violent incident. Or to test the scenarios at a crime scene. An example of questions that may arise are: Did the deceased fall down the stairs, was he pushed or not at all, or could he have been placed at the bottom of the stairs later, to make it look like an accident? It is very important for investigations that this is quickly made transparent in order to make the right choices in an investigation. An intern from TU Delft is currently investigating with researchers from the NFI whether a human model that is often used in safety studies in the automotive industry can also be used for forensic reconstruction of pushing and falling movements at the crime scene.

In the European project Formobile, TU Delft and the NFI are currently developing tools to quickly retrieve as much usable data from telephones as possible. For example, by developing new methods for decrypting encrypted data. Or by making a smarter selection from available data by combining different tracks. In the Therminus project, scientists at TU Delft and the NFI are investigating whether an even better model can be developed that can determine the time of death as accurately as possible. Now the pathologist determines when a deceased person has died. The programme takes the individual and his immediate environment much more into account. The weight and body composition of the victim is allowed for as much as possible. Or, the amount of adipose tissue is examined, for example. In addition, environmental factors such as the heat conduction of the clothing and the surface are included in the model. The temperature of the victim is measured at several places on the body, as well as the ambient temperature.

Step further than in the past

TU Delft and the NFI will jointly explore new research areas, to jointly conduct groundbreaking research, stimulate innovations and attract talent. For example, the fields of Data Science and the (ethical) use of Artificial Intelligence (AI) are explored. It also looks at how scenarios can be better visualised and, of course, other physical, chemical, mechanical and biomechanical research. The influence of new technological developments and increased digitisation in forensic issues require an even stronger joint effort by the NFI and TU Delft on knowledge development and application than before. The signing moment was an official moment when both organisations commit to strategically strengthen and expand the collaboration: “We want to do more than just collaborate in the field of research,” says Hassoldt: “This way the NFI can offer students an internship and NFI employees can come in and give lectures. We want employees to have a look at each other’s 'research kitchen'.” 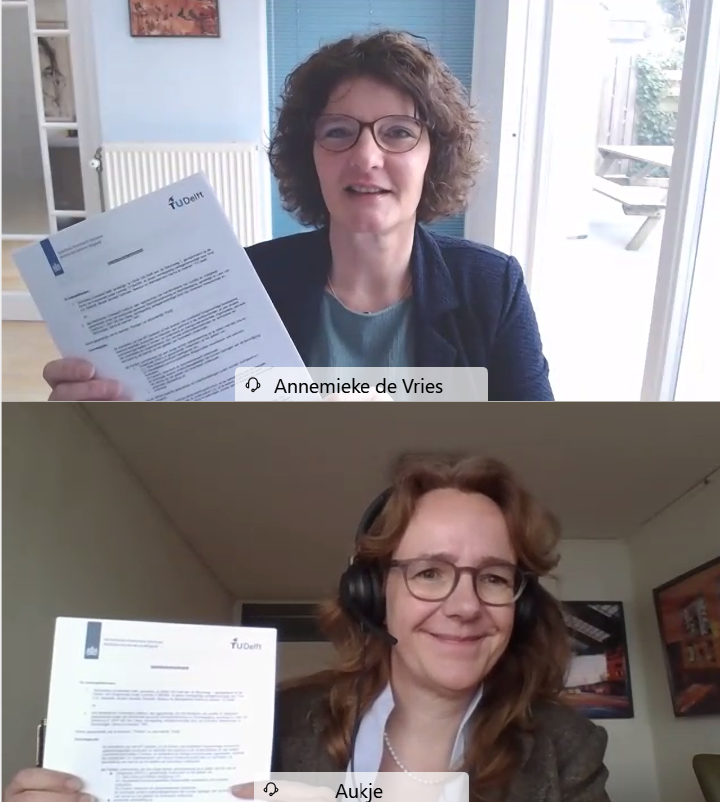 In addition to this intensification of cooperation, NFI and the TU are of course also working together with other partners, such as the forensic chain partners Public Prosecutor and Police and other universities at home and abroad. “With partners such as the police, but also universities and network organisations such as the Co van Ledden Hulsebosch Center (CLHC), we are always looking for ways to optimise forensic research. What we don't have in-house ourselves, we can bring within reach by working together, ”says de Vries. “The direct connection with forensic practice is essential for innovative research. Collaboration therefore fits in with the vision of forensic investigation.”

When is the collaboration successful? De Vries: “When NFI employees and researchers from TU Delft find each other even easier and give a new impulse to scientific research. Doing research together provides new insights and energy. It would be great if we implement a number of concrete innovations in the case investigation in the coming years. ” 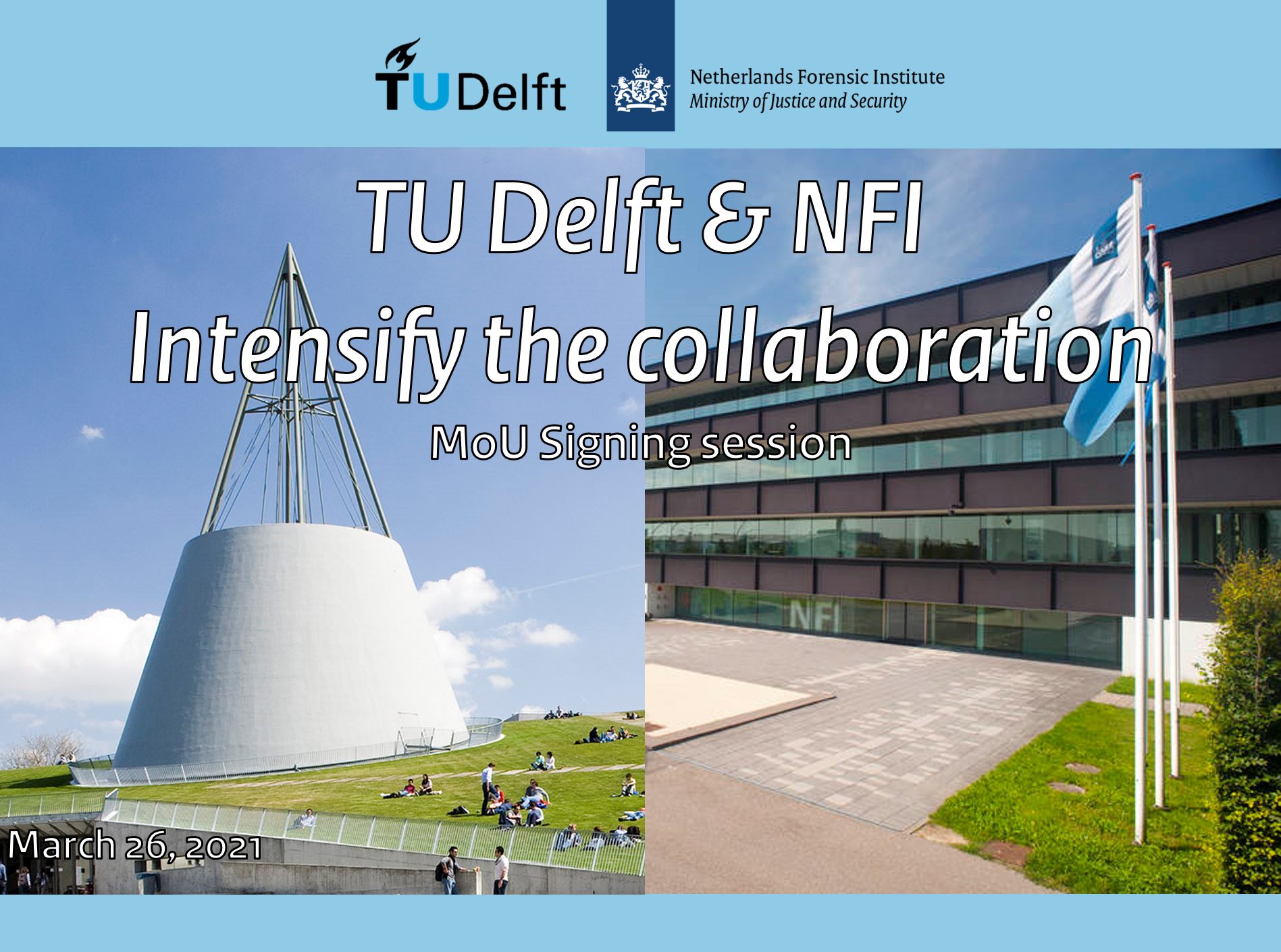