Hydrogen is playing an increasingly important role in the transition to a completely sustainable economy. Right now it is already being used on a large scale in industry, but it is also being used more often for sustainable energy storage and as a fuel for large and heavy vehicles in particular. There are plans for converting the existing natural gas network into a hydrogen network. However, under certain circumstances hydrogen is a combustible and sometimes even an explosive gas, so it is important to track down the tiniest hydrogen leaks as quickly as possible. This makes cheap, reliable and small sensors that can quickly detect small amounts of hydrogen of vital importance. Researchers at TU Delft have now developed a material that is extremely suited to this task.

Optical hydrogen sensors do not have these disadvantages. This type of sensor is based on the fact that the optical properties of some materials change when they absorb hydrogen at the moment that hydrogen is present near the sensor. This change in optical properties can for example be measured by considering the amount of light reflected by the material. The key here is to find a sensing material that gradually absorbs more hydrogen as the concentration of hydrogen in the proximity of the sensor increases.

Quest
The sensing materials presently known all have their limitations. For example, they can either measure relatively high amounts of hydrogen, respond slow, only function at high temperatures (>90 °C), or they are very complicated to make. The Delft sensor, based on tantalum and palladium, does not have any of these disadvantages: It is able to accurately detect hydrogen at room temperature as well as at higher temperatures and both in low and high concentrations.

In their quest for the best sensing material for an optical hydrogen sensor, the Delft researchers used a wide range of advanced techniques to characterize the materials. “In addition to optical measurements, we used X-ray and neutron radiation produced by our own research reactor in Delft to gain a better understanding of the materials,” explains Lars Bannenberg. “From these measurements we acquire a deeper understanding of the materials enabling us to improve the materials’ properties. For instance, we make use of the fact that materials behave just a little differently than we are used to when they are made extremely thin. The ultimate hydrogen sensor will thus only contain a thin layer of the discovered material with a thickness of less than a thousandth of a human hair.”

Kitchen scale
What makes this material special is that it can measure hydrogen over at least seven orders of magnitude in pressure. That is comparable to a  kitchen scale that can measure anything from a few grams of flour to the weight of an elephant, and all with the same relative accuracy. This makes the sensor very versatile: it can be used to measure the smallest hydrogen leaks at a hydrogen filling station, for example, and also to determine the amount of hydrogen in a hydrogen fuel cell.

Another useful aspect is the exceptional response speed of the sensing material: it reacts to a change in the concentration of hydrogen within a fraction of a second, far quicker than most materials, which often have response times of several tens of seconds or even minutes. That a single material can do all this was a surprise to the team itself: “We had thought that we could improve the current materials by a little, but that our material would turn out to have all these useful properties went beyond our wildest dreams,” says Bernard Dam.

Ambitious plans
A patent application for the new sensing material has been submitted and the internationally renowned journal Advanced Functional Materials has published an article on the discovery. There are ambitious plans for the near future. For example, the researchers also want to see if the material can also be used in sensors that are suitable for use at very low temperatures (-50 °C), such that they can also be used in aircraft. “Besides this, we are exploring the possibility of building a prototype sensor that also works outside the lab,” says Herman Schreuders. “Furthermore, we want to see whether the sensors can be used in hydrogen fuel cells.” 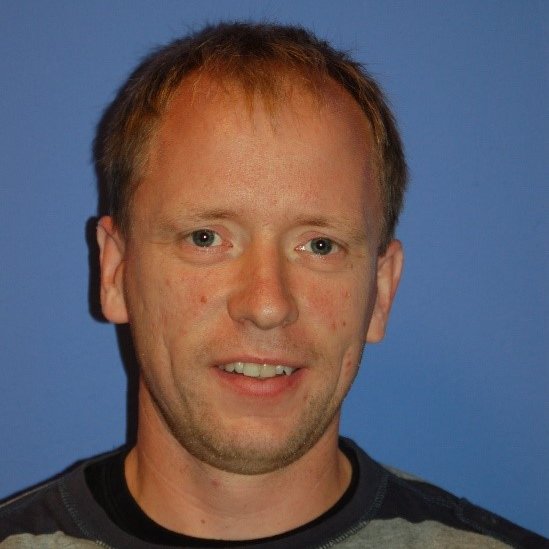