Researchers at Delft University of Technology (TU Delft) have developed a test that allows them to detect specific pieces of genetic material, the results of which can be read with the naked eye. The test could be used to detect viruses, such as the coronavirus, and antibiotic-resistant bacteria quickly and cheaply. The results have been published in Biophysical Journal.

The new Delft method is based in part on proteins from the CRISPR-Cas system, the molecular scissors that gained fame as a revolutionary gene editing method. Last year, in 2020, the developers of the gene editing tool received the Nobel Prize in Chemistry.

Instead of the Cas9 protein, which usually serves as the workhorse for gene editing, the Delft researchers use two other Cas proteins: Cas12a and Cas13a. "These proteins were discovered a few years ago and have a special characteristic," says researcher Kasper Spoelstra. "The moment they find a piece of genetic material (DNA or RNA) they are looking for, they cut up all the DNA or RNA that is present."

Droplets
To read out the activity of the overzealous CRISPR proteins with the naked eye, the test uses a physical phenomenon called Liquid-Liquid Phase Separation (LLPS). "You can compare LLPS to what happens when you mix oil and water and give it a good shake," says Spoelstra. The oil then forms liquid droplets that remain separate from the water. "For our method, we use positively charged molecules. If you add these kinds of molecules to a sample containing long strands of DNA or RNA, phase separation occurs. This is because DNA and RNA are naturally negatively charged. So the positively charged molecules and the DNA or RNA seek each other out."

The resulting 'droplets' scatter light differently than water, making the sample turbid. The key here is that only very long DNA and RNA forms droplets with the positively charged molecules. Short pieces of DNA and RNA simply remain in the solution. "If the Cas proteins find the genetic material they are looking for and cut up all the DNA or RNA present, no droplets form in that solution," Spoelstra explains. "The result is that the liquid remains clear. So a cloudy sample means that the Cas proteins haven't found anything, and the test is negative. Does the liquid remain clear? Then the test is positive. The result can be determined within an hour. 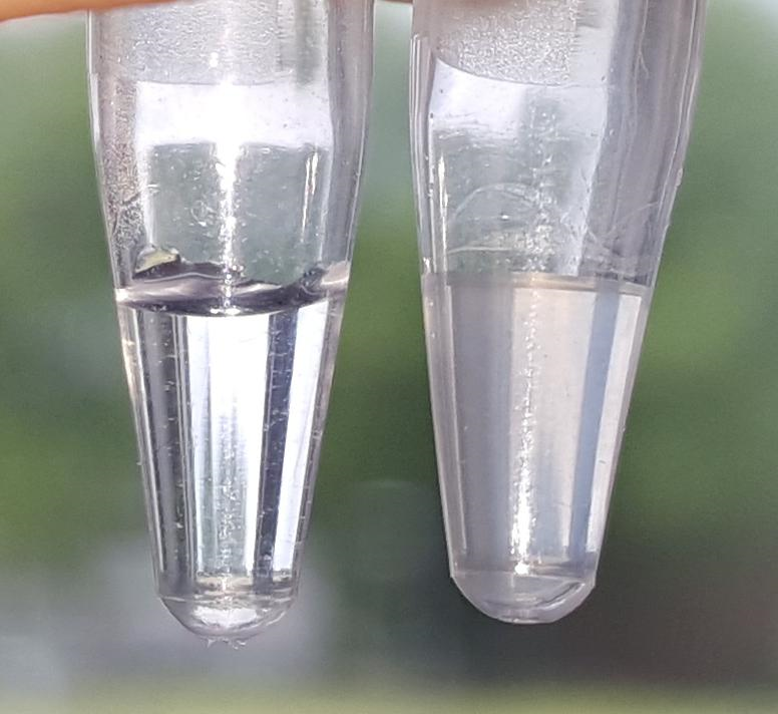 Grand prize
The development of the new method began in 2017 at TU Delft's iGEM team. iGEM is an annual synthetic biology competition in which student teams from all over the world devise solutions to current issues. In doing so, they compete for various prizes. The 2017 Delft team proposed a method for detecting antibiotic-resistant genes in dairy cattle, based on the same principles that this new test relies on. The Delft team won the main prize of the international competition for it, plus eight other awards. As a student and PhD researcher, Spoelstra further developed the iGEM idea under the supervision of Louis Reese, and in collaboration with other TU Delft researchers.

The method has already had its first experimental test: it succeeded in detecting pieces of test DNA. "It is also a method that requires few chemicals, which makes it cheap and sustainable," says Spoelstra. "Furthermore, it does not require large, high-tech equipment, so you could easily do the test outside the lab. The only thing is, of course, that you have to know in advance what you are looking for." The test can be used very broadly: in addition to coronavirus and antibiotic resistance, for instance, it could also be used to detect different variants of Lyme disease. Or tropical diseases, such as malaria or dengue. TU Delft has applied for and received a patent for the method. 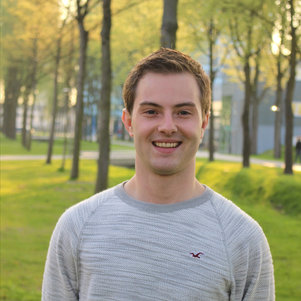