An international team led by researchers of Delft University of Technology (TU Delft) has managed to manipulate the magnetic state of a magnetic material by optically shaking it. The whole process happens within an extremely short time frame of less than a few picoseconds. In times of stalling efficiency trends of current technology, such atomically-driven ultrafast control of magnetism opens broad new vistas for information technology. The results, which have been published in Nature Materials, could eventually lead to fast and energy-efficient data processing technologies, which are essential to keep up with our data hunger.

According to Dick Tracy – famous comic strip hero who made his early debut in 1931 – the nation that controls magnetism will control the universe. One can argue that, today, this idea sounds a lot more believable than it did back then. Magnetic materials are heavily used in modern life, with applications ranging from fridge magnets to Big Tech’s data centres, which use them to store information.

Crystal lattice and magnetism
Our ever-growing demand for data processing calls for new methods to manipulate and control the state of magnetic materials on short timescales. These materials host trillions of mutually aligned elementary magnetic moments, called spins, whose arrangement is mainly determined by the arrangement of the atoms in the crystal lattice.  Therefore, the most natural route towards control of the magnetic state is to change the crystal configuration.

High mechanical pressure is normally required to make a sufficient impact on magnetic properties, which can be achieved through the use of a large hydraulic press. However, applying a mechanical strain is intrinsically a very slow process. An international team of scientists from Delft, Nijmegen, Lancaster, Liège and Kiev has now proposed and experimentally realized an elegant solution to this problem. Using light to optically shake a magnet by resonantly stimulating specific atomic vibrations of the lattice, they succeeded in changing its magnetic state. 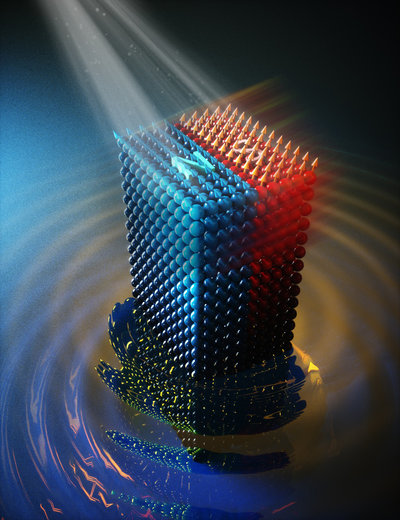 Shaking with light
“We optically shake the lattice of an antiferromagnet dysprosium orthoferrite, a magnet that is made up of alternating up and down small magnetic moments and therefore does not have a net magnetization, unlike the familiar fridge magnets”, says TU Delft postdoctoral researcher Dmytro Afanasiev. After shaking the crystal for a very short period of time, the researchers measured how the magnetic properties evolved. They found that the magnetic system of the antiferromagnet changes following the shaking, such that a net magnetization appears: for a fraction of time, the material becomes similar to an everyday fridge magnet.

Importantly, all of this occurs within an unprecedentedly short time frame of less than a few picoseconds (millionth of a millionth of a second). This is not only orders of magnitude shorter than the recording time in modern computer hard drives, but approaches the fundamental limit for the switching process. This means that magnetic bits in future hard drives could be written very quickly with this new method.

Afanasiev emphasizes the need to explore this research direction further: “These findings will stimulate further research into exploring and understanding the exact mechanisms governing the ultrafast lattice control of the magnetic state.” Andrea Caviglia, associate professor and research group leader at TU Delft, adds: “Understanding this type of science will not let us control the entire universe, like Dick Tracy believed. But it may let us control an important and technologically influential corner of it.” 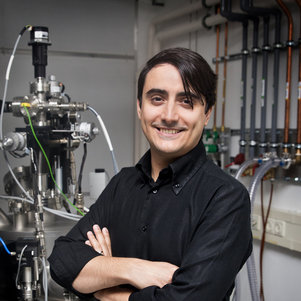 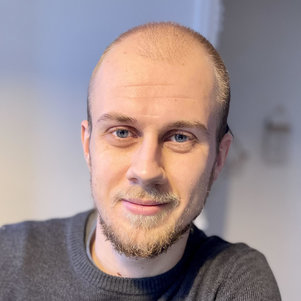 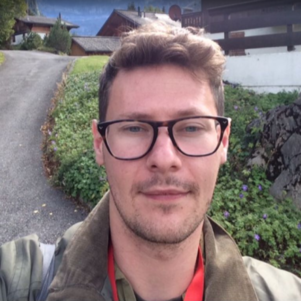