A publication in Science Advances sheds new light on where and how much plastic flows into the oceans via rivers. With the help of new measurements and modeling, the study shows that 1,000 rivers shed almost 80% of plastic emissions. This number is 100 times more than the 10 rivers that were previously thought to be responsible for most of the pollution. The study was conducted by The Ocean Cleanup in collaboration with Ruud van der Ent of Delft University of Technology and researchers from Wageningen University & Research, Utrecht University, and the Helmholtz Centre for Environmental Research. 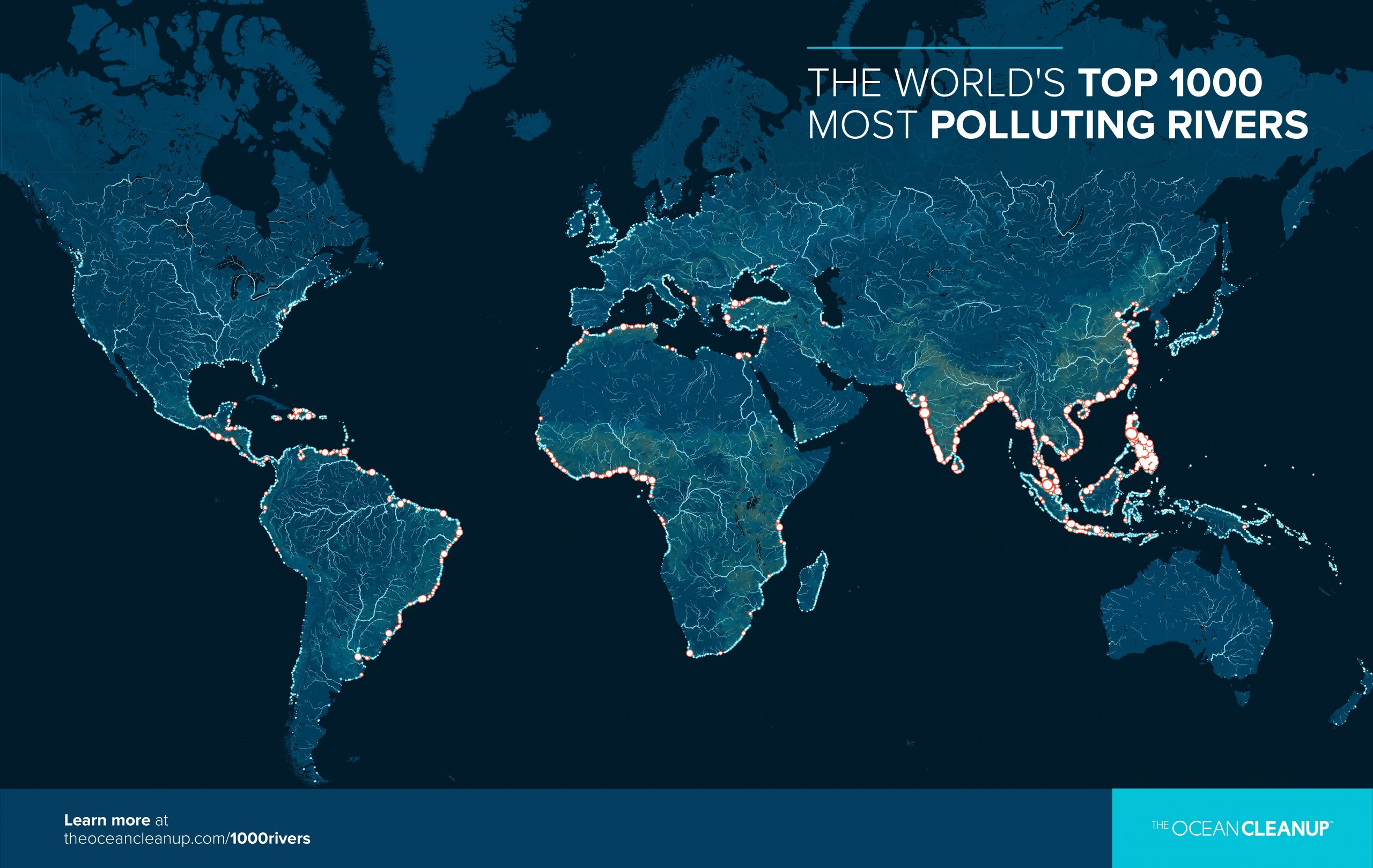 Rivers are the primary sources of plastic in the oceans. These new findings indicate that ocean plastic pollution is caused by a greater number of small and medium-sized rivers. This understanding is contrary to previous estimations that a small number of massive rivers are the major contributors. Globally, 1,000 rivers emit nearly 80% of pollution. One the one hand, this represents 1% of all rivers globally, yet, on the other hand, this estimation is about 100 times as many rivers as was thought to represent the majority of emissions.

Boyan Slat, Founder and CEO of The Ocean Cleanup, commented: “While the plastic problem may seem daunting in scale, this updated understanding of where plastic becomes ocean plastic will allow for a much more targeted intervention.”

Read the full press release on the website of The Ocean Cleanup: www.theoceancleanup.com/1000rivers