The four-year study conducted by TU Delft, AMS Institute and others into the transport-related, spatial and economic effects of the North/South metro line is now complete and was recently presented to Amsterdam’s regional and City councils.

One of its key conclusions is that the new metro line has become the ‘backbone’ of the public transport network, as was the intention. The new metro line and adaptations to the public transport network were able to accommodate the large increase in passengers before the COVID-19 outbreak. The public space above ground also saw improvements at the same time. There were fewer vehicles and no increases in passenger numbers on buses and trams. For 85 to 90% of passengers, the journey time has improved or remained the same. In total, all the passengers who use the GVB network are now spending 7,500 hours less on travel every working day. For the whole region, that amounts to a total of more than two million hours in reduced journey time. The new metro line is also popular with passengers. At 8.5 out of ten, the North/South line achieves a particularly high rating.

Stephan van Dijk, Director of Innovation at AMS Institute: “Realising a new public transport backbone presents a huge challenge for a city. That’s why it’s so gratifying to see that the implementation of the North/South metro line has achieved the intended positive impact on day-to-day life for public transport users in the city in terms of accessibility, journey times and the experience of the above-ground public space around the new metro stations.”

The study conducted by TU Delft and AMS Institute and others focused specifically on the question of what the impact is of the North/South line on the overall public transport network. The entire study was conducted in collaboration with the University of Amsterdam (UvA), VU University Amsterdam, and the National Research Institute for Mathematics and Computer Science in the Netherlands (CWI) and was commissioned by the City of Amsterdam and Amsterdam regional transport (Vervoerregio Amsterdam). 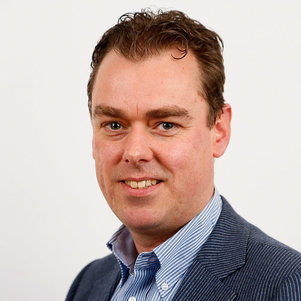 Niels van Oort, project manager for the study on behalf of TU Delft, praises the collaboration between the universities: “The multi-university approach made it possible to take a wide-ranging perspective on the impact of such a major change in the city. Not only the new metro, but the whole public transport network was changed, offering a unique opportunity for research. Our findings will not only be of use to Amsterdam, but also to other cities across the world that wish to improve their public transport networks.”

For the purpose of the study, TU Delft researchers Ties Brands and Malvika Dixit had access to a range of different data sets. Not only did they analyse transport movements on the North/South line, they also looked at the use of public transport across Amsterdam regional transport and the effect on the mode of transport from and to the North/South metro line. Key data sources included anonymous public transport chip card data, automatic vehicle location information (based on GPS) and survey results. Use was also made of existing studies (including OV-klantenbarometer, OViN). By linking these results to the other data sources, it was possible to compare passengers’ perceptions with the quality of the public transport network (e.g. the journey time or reliability).

Van Oort: “In general, most people benefited from the change in journey time and the reliability of their journey. However, our findings also give cause for follow-up research into social inclusion, focusing on transport and other opportunities for everyone in society.”

Although there have been no instances of passengers being unexpectedly disadvantaged, the Amsterdam transport region intends to set to work on the findings from the evaluations. Egbert de Vries, chair of Vervoerregio Amsterdam, had this to say: “However successful the North/South metro line may be, it’s obviously no fun if your neighbourhood suffers as a result. That’s something we’re watching out for. Public transport is more than just a bus, tram or metro from A to B. Public transport has an important social role to play. Our joint network strategy dates back to 2015. Since then certain issues, such as inclusivity, have been given greater priority and our thinking about the role of public transport has changed, partly because of the COVID-19 pandemic. That means that there are certain issues that we would like to address. We’re already hard at work on this.’’

If you are interested in reading more about the results of TU Delft's impact study into the North/South metro line, see: http://smartptlab.tudelft.nl/projects/amsterdam-noord-zuid-lijn