Researchers from the group of Stan Brouns (Delft University of Technology) have discovered a new CRISPR-Cas system that cuts RNA. The study will be published on August 26 in Science and is expected to offer many opportunities for the development of new applications in genetic research and biotechnology.

Just as the coronavirus can make people sick, there are many viruses that target only bacteria. Over the course of a few billion years of evolution, the bacteria have developed all kinds of ingenious immune systems to defend themselves against viral infection. CRISPR-Cas is one such immune system and has gained a lot of attention in the last 10 years.

Brouns: “We have been trying to understand CRISPR-Cas systems since 2006 and new variants of CRISPR-Cas are constantly being discovered that can be used for important applications. For example, CRISPR-Cas9 allowed the very precise editing of DNA in cells. This has unleashed a true revolution in research, for example in studying genetic disorders (Nobel Prize for Chemistry 2020, Doudna and Charpentier). CRISPR-Cas systems have also proven to be an interesting alternative to the well-known PCR test for the detection of the Coronavirus. The CRISPR-Cas system that we have now discovered does not work on DNA, but on RNA, which offers a new range of possibilities.”

PhD candidate Sam van Beljouw, who is the first author of the article, states: “This CRISPR-Cas system has a number of unique biological properties that we have not seen before. For example, it consists of one large protein in which the function of more than five small CRISPR-Cas proteins is combined. This protein cuts RNA from an invading virus at two pre-programmed sites, destroying the RNA and giving the virus its first blow. In addition, the protein is very similar to a protein that is normally involved in cell death in human cells. This could possibly mean that the bacterium initiates suicide when only destroying the viral RNA is not sufficient for protection.”

Although suicide in a single-celled bacterium sounds contradictory, it can still be of great benefit to the bacterium. Van Beljouw: “The virus needs a living bacterium to multiply and spread to surrounding bacteria. If the infected bacteria kills itself, it prevents the production of new virus particles. This protects the brothers and sisters of the attacked bacteria. The bacterium is, as it were, sacrificing itself for the greater good.”

Although much research is still needed to unravel all the details, Brouns anticipates that their findings can be translated into useful applications. “We expect that this new CRISPR protein can be used as molecular precision scissors to cut RNA. We also see possibilities for converting the CRISPR protein into a kind of switch we can use to activate molecules, for example a bioactive compound, at times when they are really needed," says Brouns.

Brouns' research group is part of the Bionanoscience department of TU Delft, where 19 research groups conduct fundamental research into the molecular basis of life.

The Bionanoscience department is part of the Faculty of Applied Sciences and is located at Van de Maasweg 9, 2629 HZ in Delft. 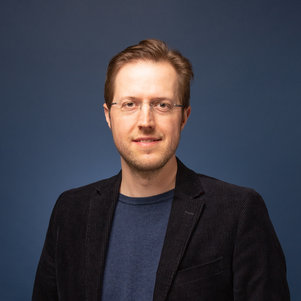