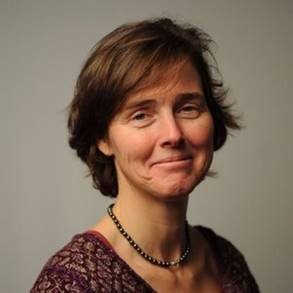 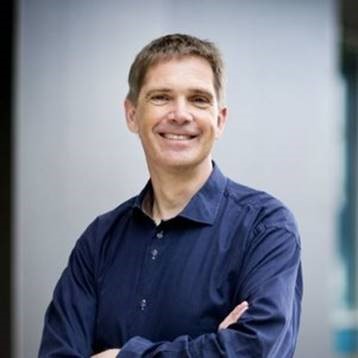 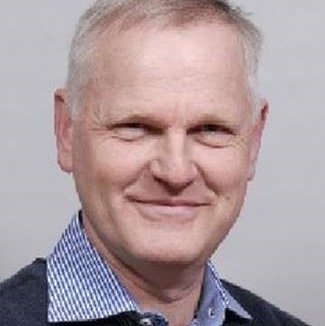 Professor Pieternel Levelt, professor in Remote Sensing of the Earth Atmosphere in the Faculty of Civil Engineering and Geosciences (CEG), has been made a Knight in the Order of the Netherlands Lion.

Professor Levelt is a leading international expert in his field, renowned for successfully combining scientific curiosity with social engagement. Levelt’s academic expertise is at the interface of physics, chemistry and geosciences; conducting and interpreting satellite observations of the atmospheric chemical composition of the earth in the context of climate change, air quality and the restoration of the ozone layer. As professor of Remote Sensing of the Earth Atmosphere at TU Delft, head of the R&D department for satellite observations at the Royal Netherlands Meteorological Institute (KNMI) and affiliate professor in both the United States and China, professor Levelt is the epitome of a highly respected academic with international renown. She is seen as a significant role model for female students and academics in her field.

Prof. Levelt’s two satellite instruments, OMI and TROPOMI, are considered to be the most advanced and accurate instruments ever made for conducting measurements from space for research into climate and air pollution, and that is set to remain the case for years to come. Alongside bringing about a revolution in research into air quality, stratospheric chemistry and the climate, her work has also significantly impacted societal knowledge and policy regarding the environmental issues of our time.

Levelt is renowned for her ability to share her knowledge and insights with colleagues and students alike. She is committed to the public interest, reflected by her regular appearances in Dutch and international media. Her measurements of reduced air pollution as a result of the COVID-19 measures received widespread coverage in the international media.
Pieternel Levelt studied chemistry at VU Amsterdam. After graduating in 1987, she took her doctorate in Physics at the same university. Having obtained her PhD in 1992, Levelt became a researcher at the KNMI. She became a part-time professor at TU Delft in 2011.

Professor Jack Pronk, professor of Industrial Microbiology in the Faculty of Applied Sciences, has been made a Knight in the Order of the Netherlands Lion.

Professor Pronk is a prominent international figure in the field of understanding and improving the performance of microorganisms in an industrial context. One of his breakthroughs was the successful modification of yeast cells to allow them to efficiently convert the various sugars in agricultural waste into bioethanol, a fuel. His visionary research is also at the very heart of major innovations used in the industry all around the world. Pronk’s numerous partnerships with the industry have great societal relevance. As founder and director of the Kluyver Centre, he headed a singular collaboration between Dutch academic groups and international biotech companies, which helped put the Netherlands on the map in the field of industrial biotechnology.

However, Pronk’s impact as a professor is equally, if not more, impressive. In his role as a promotor, he has a keen eye for both the personal and the academic development of his students. Three of his former doctoral candidates and post-docs are now professors, while two others are assistant professors. The countless students and doctoral candidates who have benefited from his teaching are also in high demand for research and management positions in the international biotechnology industry. The ‘Pronk School’, as it is known among international colleagues, is a phenomenon in the field.

Pronk’s dedication to his field also extends beyond TU Delft, where his interests include positions on academic advisory councils for both Dutch and international public and private bodies. He is therefore a vital representative of both TU Delft and Dutch biotechnology as a whole.
Jack Pronk studied biology at Leiden University. After graduating in 1986, he obtained his PhD at TU Delft in 1991. He has been a professor at the university since 1999 and became head of the Biotechnology Department in 2019.

Professor Kees Vuik, professor of Numerical Analysis in the Faculty of Electrical Engineering, Mathematics and Computer Science (EEMCS), has been made an Officer of the Order of Oranje-Nassau.

Professor Vuik’s focus within mathematics is on numerical analysis, an essential aspect of mathematics within the field of engineering. Mathematical modelling of engineering challenges often assists in the solution of highly complex problems. Part of numerical analysis involves the creation of algorithms offering efficient, robust approaches to solutions, including the corresponding estimations of inaccuracy. These solutions can be directly implemented in practice. Numerical analysis also has close links with computer science, as the algorithms need to be efficiently implemented on state-of-the-art computers in order to achieve answers within a reasonable period of time.

Professor Vuik has an excellent reputation as a researcher, clearly reflected in the large number of publications and supervised doctoral candidates he has to his name. In his research, Vuik successfully combines complex mathematical insights with an exemplary attitude to his work. He also builds bridges between the academic and business worlds.
Professor Vuik has had a momentous impact in the field of research organisation. He was instrumental to the Delft Center for Computational Science and Engineering and the 4TU Applied Mathematics Institute, and is currently actively involved with the Delft High Performance Computer initiative.

Kees Vuik (1959) studied applied mathematics at TU Delft and graduated in 1982. After a short period at Philips, he conducted his doctoral research at Utrecht University. Vuik subsequently came to work for TU Delft, becoming assistant professor, associate professor and – in 2007 – professor.