An international photovoltaics working group has developed a new transparent material to serve as a top layer for solar cells, based on nanocrystals. According to simulations performed by the participating TU Delft researchers, this layer can increase the efficiency of mass-produced – and affordable – solar cells to within a percent of their practical limit. Their combined practical and theoretical research has now been published in Nature Energy.

The vast majority of solar panels installed worldwide – totalling an output of 629 Gigawatt as of 2019 and increasing about 25% each year – are based on crystalline silicon solar cells, as these are relatively cheap to mass-produce while converting almost a quarter of the incident solar energy into electricity. ‘There are many research groups working on various technologies to make improvements to these silicon solar cells,’ says Rudi Santbergen, assistant professor in the Photovoltaic Materials and Devices group at TU Delft and one of the co-authors. ‘The challenge is to increase the energy conversion efficiency while keeping production costs down, making solar energy ever-cheaper.’

Over the past decade, most advances in silicon solar cell efficiency have been the result of incremental improvements in three essential properties of the top layer. First, it needs to be transparent, allowing (nearly) all incident light to reach the semiconductor layer that converts the Sun’s energy into useful electricity. Second, it needs to have high conductivity, allowing created charge carriers to be efficiently transported to the solar cell’s electrical contacts. Third, it needs to excel at a special property called passivation, which means that the layer minimizes the recombination of negative and positive charge carriers within the solar cell.

Using a well-established and easily scalable production process, the leading researchers from Forschungszentrum Jülich in Germany have now created a top layer, containing nanocrystals of silicon carbide, that combines these three properties better than any other design. ‘The first prototype of their solar cell achieved an efficiency of almost 24%, which rivals the best silicon cells as made in other laboratories,’ Santbergen says. ‘They came to us to validate their results with simulations.’

The Photovoltaic Materials and Devices group of TU Delft is world-leading in the design, optimisation, and fabrication technology of solar cells. They have unique expertise in multi-scale modelling – from photovoltaic materials at the atomic level, to the efficiency of the complete solar cell, to modelling the yearly yield of an entire system of solar panels in the built-environment. It is one of the few groups worldwide that can combine the advanced optical and electrical simulations needed to validate the results of the Jülich solar cell.

Close to the practical limit

The optical simulations performed by Santbergen show, for each incident wavelength, where in the device the sunlight will be absorbed, if the photons will make it to the semiconductor layer or not. The electrical model of his colleague Paul Procel Moya simulates transport of the generated electrons through the solar cell, determining whether or not they will reach the electrical contacts. ‘Our simulations show exactly where in the device losses occur and how large these losses are,’ Santbergen says. More importantly, the TU Delft researchers have shown that this new top layer can, in principle, increase solar cell efficiency from 24% to 26%. This brings it very close to the practical limit of 27% for silicon solar cells, above which production costs are expected to become prohibitive. Santbergen: ‘Our colleagues in Jülich already have ideas for tweaking their production process and realizing this huge step forward.’ 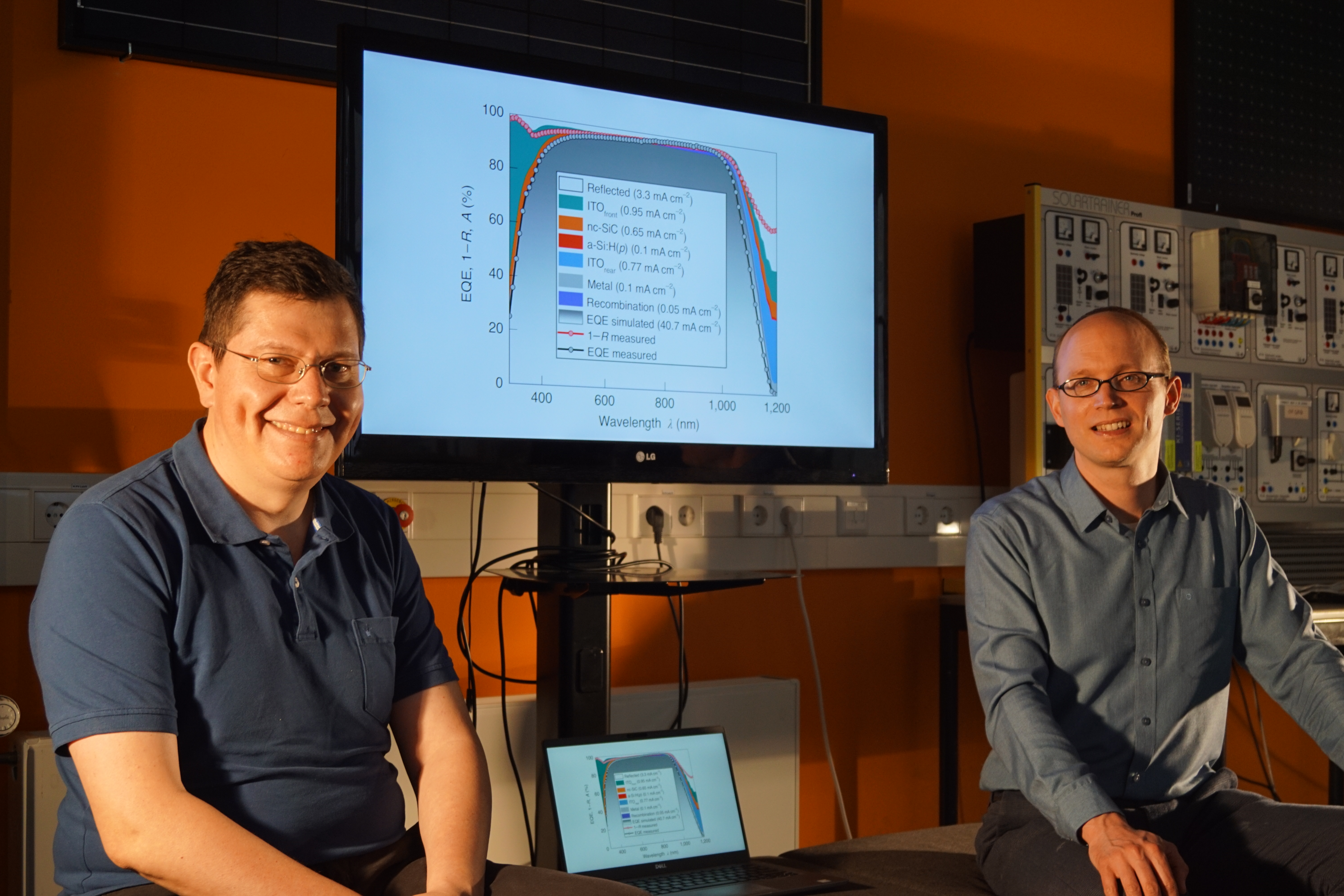 The working group, led by researchers from Forschungszentrum Jülich in Germany, was a collaboration between institutes from Germany, the Netherlands, Ecuador, Russia, and China. The participating TU Delft researchers were doctor Paul Procel Moya (left), assistant professor Rudi Santbergen (right) and associate professor Olindo Isabella, all from the Photovoltaic Materials and Devices group. 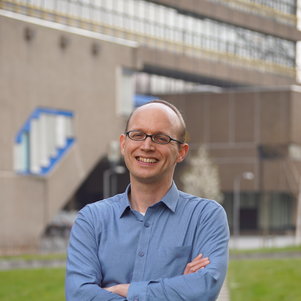 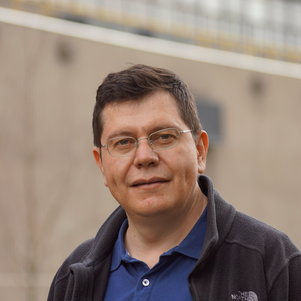