The engineering tradition of creating land

Landscape architecture is more than the designing of parks and squares. It is an engineering tradition, argues Adriaan Geuze, landscape architect and founder of West 8. As the new Professor of Landscape Architecture at the Faculty of Architecture and the Built Environment at the Delft University of Technology, he sees opportunities for using landscape architecture in a crossover with the other domains in Delft. That is how we could work on complex and urgent long-term tasks, such as climate adaptation, housing construction, energy transition, and agriculture realignment.

The Netherlands face significant and complex challenges. Amongst others, we are struggling with the energy transition and the housing shortage. But do we want to fill up the entire country with solar cells and wind turbines at the expense of fertile farmland and beautiful views? And where should new houses be built - in existing cities or in new locations with new infrastructure? “These kinds of difficult questions cannot be answered without looking at them systematically,” says Geuze. “When you do so, you see that action in the Netherlands is dominated by procedures and short-term plans. Decision-making, organisations, budgets and planning are always based on modelling, but those models do not correspond with reality. This applies to files such as the Covid-19 pandemic, national infrastructural and spatial issues, and IT challenges. TU Delft is the perfect place to work on these kinds of issues. Not from a procedural perspective, but from an engineering tradition based on knowledge and facts, with interesting, feasible proposals for the future.” 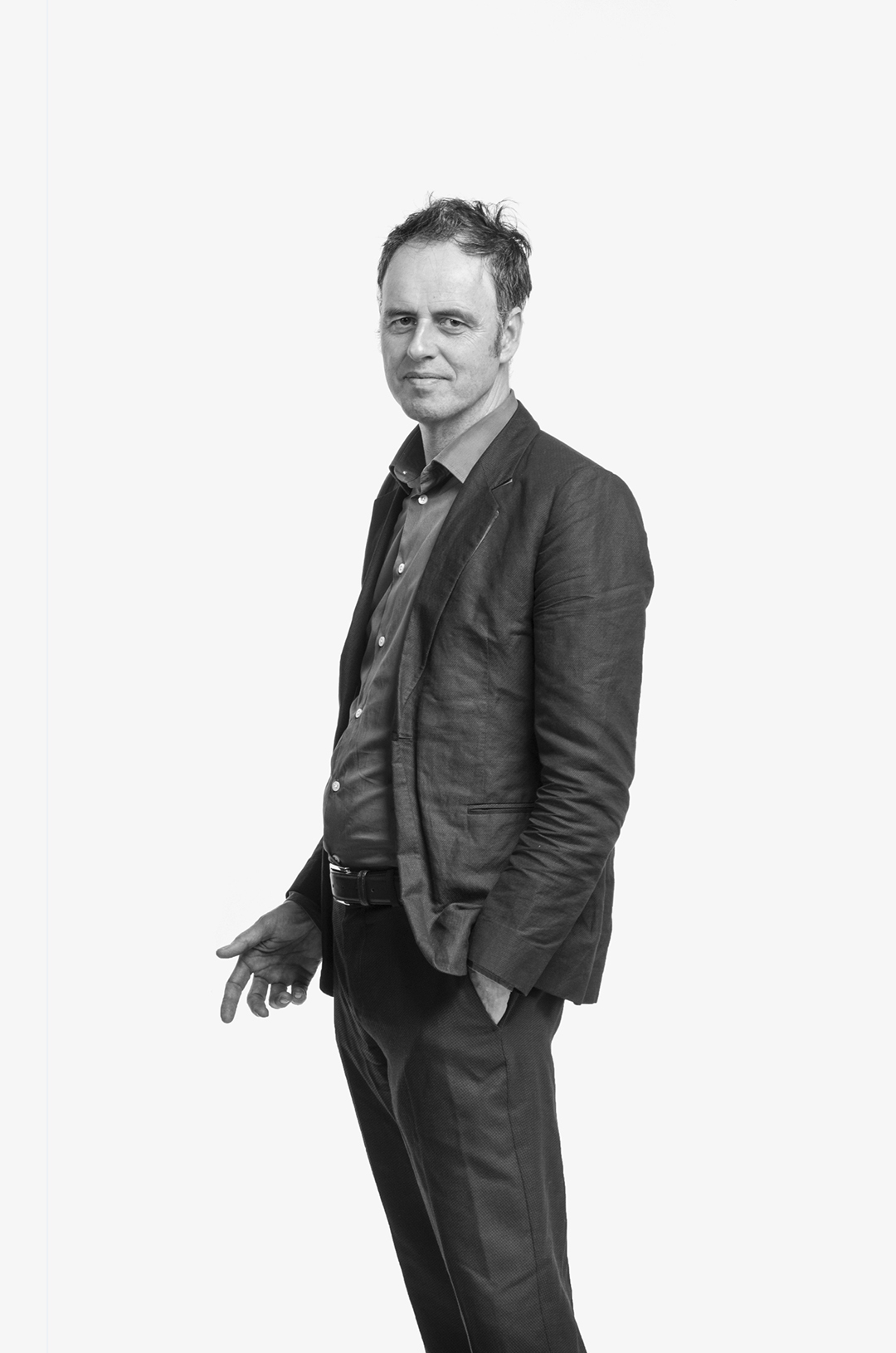 The tradition of creating land

The scientific innovations of technical universities such as TU Delft have set essential changes in motion in the past. The engineering of landscapes and Water Works is a strong Dutch tradition. “Think of the creation of polders, the reclamation of peat bogs and wastelands, the canalisation of rivers, public housing, the establishment of state mines and the national railway network. The necessary new technologies emerged from technical universities and industry,” explains Geuze. “In my view, this innovative response to major social challenges is a natural attitude for the domain of landscape architecture. Landscape architecture is of and for society. We have built the Netherlands in the marshes, on the seabed, in the delta. This has only succeeded because of our pragmatic, efficient way of doing things, in which we always embraced technology.”

The scale of time

These developments of land making had in common that an authority was attached to them. National and regional authorities were set up for the Delta Works, the Zuiderzee Works, the nationalisation of the railways and agricultural land consolidation. There was central direction and commissioning. “This working method has enriched the Netherlands and is, in my opinion, the most efficient way of planning and engineering large-scale projects. The great thing about those authorities is that they did not use blueprint planning. They worked from a vision and an open approach. The plans could be adjusted halfway or stopped altogether. The progressive insights made each subsequent work better than the previous one. This is how developments could grow along with societal views. Geuze cites agricultural land consolidation as an example. “The vision was ‘we are not going to starve anymore’. That was a logical conclusion after the First World War, the grain shortages in the 1920s and the hunger in the Second World War. A new direction was necessary: an increase in scale and the mechanisation of the entire agricultural area. The entire country was reorganised in twenty-five years. The Zuiderzee Works and the Delta Works brought new land: perfectly parcelled and drained young sea clay. This gave us better harvests, and we could yield the same or better results with fewer farmers. Our food became cheap. In each region, the roll-out was carried out in two generations.”

As a professor, Geuze sees opportunities to better profile and showcase the engineering tradition of land making. “From the perspective of landscape architecture, we can offer the key to large-scale and medium-term challenges. That would protect our country from being purely at the mercy of market forces and decentralised, short-term approaches. This dilemma is illustrated by the discussion on the construction of mega data centres. In such discussions, local councillors make local choices with far-reaching national consequences for our space, our energy and our job security.”

Landscape architecture is how syntheses can be made for these complex issues. Geuze: “Landscape architecture has always been about interventions in existing landscapes. That calls for broad substantive knowledge and craftsmanship.” This broad view of the discipline is reflected in the varied oeuvre that Geuze has built up over the past 35 years. In 1987, he graduated from Wageningen University as an agricultural engineer and founded urban West 8. He is still in charge of this design office for urban design, landscape architecture and infrastructure. Leading projects such as Borneo-Sporenburg in Amsterdam and Strijp S in Eindhoven show what happens when projects transcend the profession’s disciplinary boundaries. They are not just landscape architectural projects or urban development plans but everything in between. In the meantime, West 8 has, for example, realised over 160 bridges and is responsible for large-scale developments such as the Madrid Rio city park in Spain, the Toronto Central Waterfront in Canada and the botanical gardens in Houston, Texas. 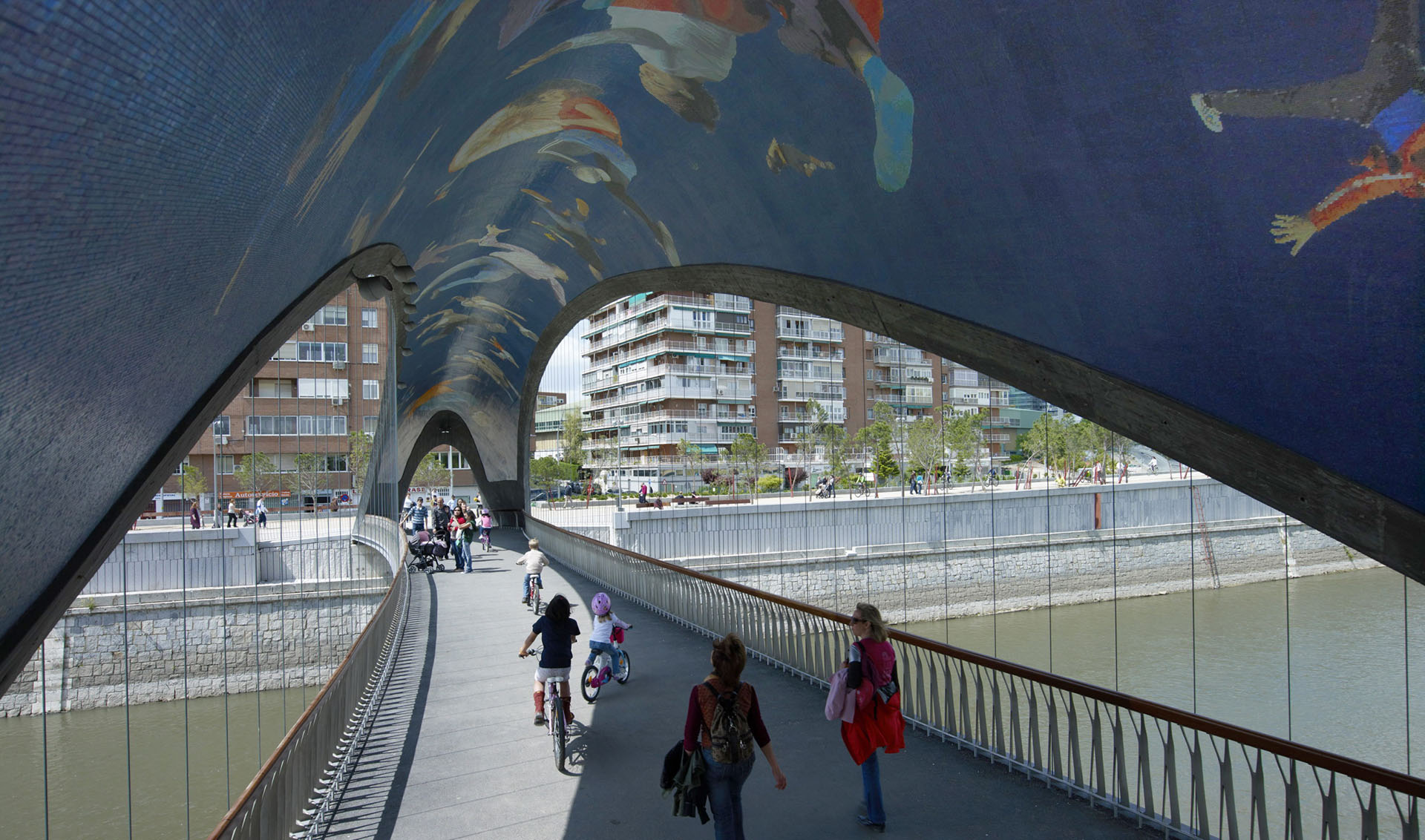 The Cascara Bridge links the Arganzuela Park and the Salon de Pinos for slow traffic and is part of the Madrid Rio city park in Spain. | Photo credits: © Jeroen Musch 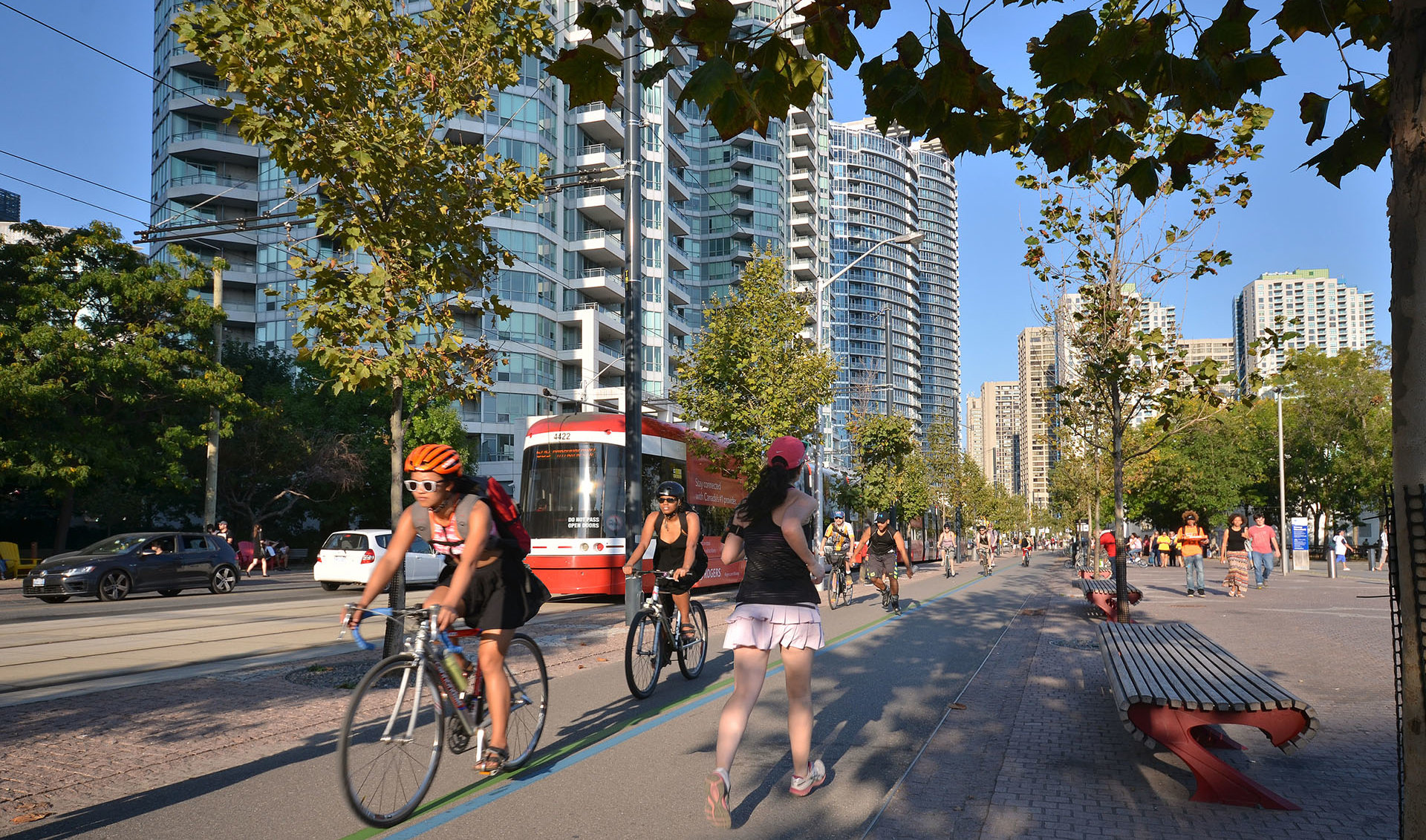 The Central Waterfront in Toronto, Canada, connects the city with the nearby Lake Ontario. A 3.5 km long publicly accessibly promenade connects the city’s neighbourhoods with the waterfront. | Photo credits: © Nicola Betts

In the Netherlands, West 8 is also known for the Rotterdam Central Station, the Hondsbossche Zeewering and the Afsluitdijk. In addition, Geuze has taught as a Visiting Professor at Harvard and elsewhere, was previously connected with the Faculty of Architecture and the Built Environment as Professor by Special Appointment of Residential Building and curated the second Rotterdam Architecture Biennale with the theme ‘De Zondvloed’ [The Deluge]. 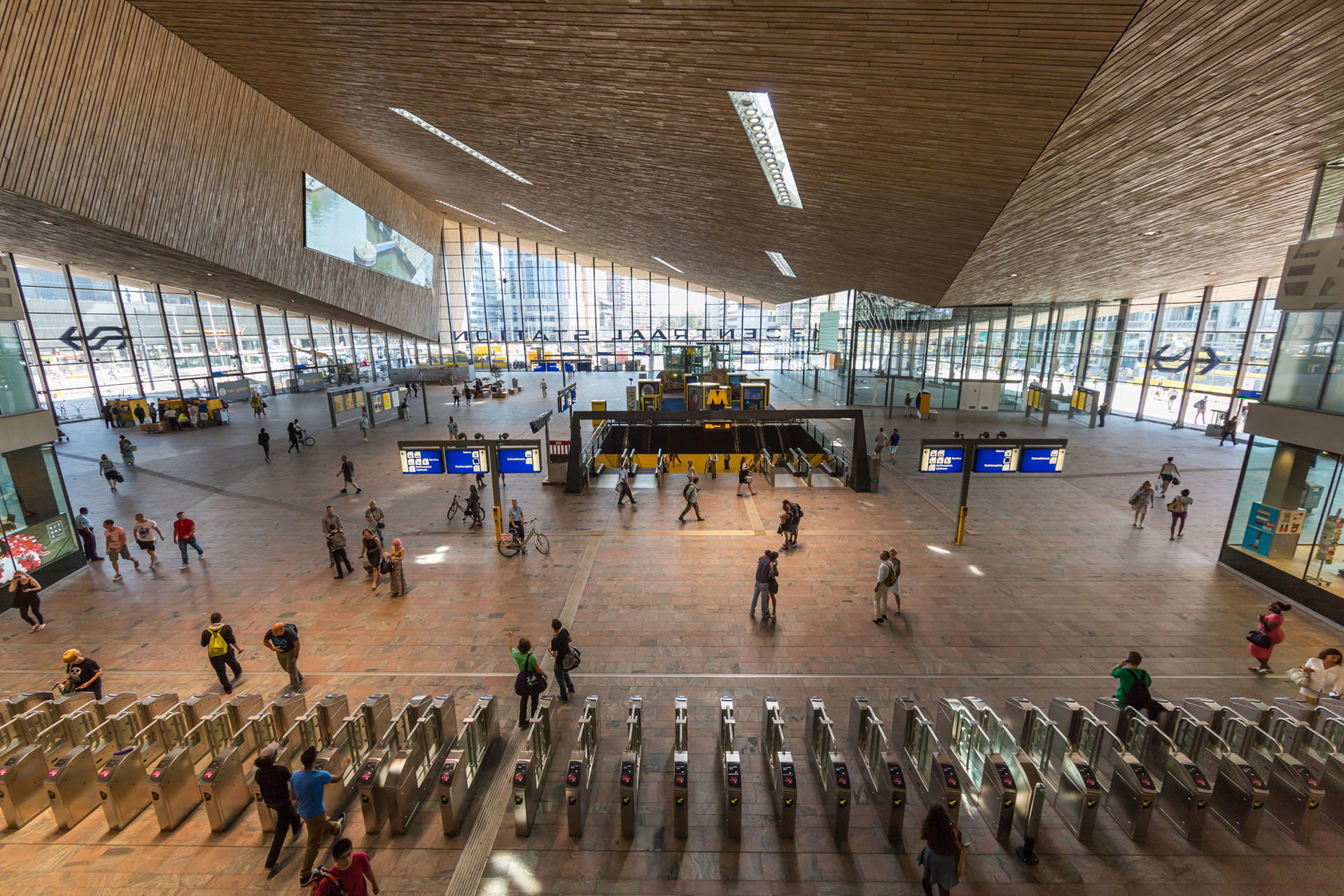 Designing and talking about design

Geuze wants to develop new knowledge with students and researchers. “Take, for example, the well-known Nuna project, the solar-powered car annually engineered by a team of TU Delft students. Every year the car is improved, and new technologies are tested. I would also like to apply such a working method to landscape and infrastructure. I can imagine that students of, for example, Architecture and the Built Environment, Mechanical Engineering, Civil Engineering and Geosciences could together come up with original ideas for solutions that could be tested through design research.”

Those plans will undoubtedly take shape, but Geuze will first consult with the section. Professor Eric Luiten adds: “The faculty and the Landscape Architecture section are delighted with the arrival of Adriaan Geuze as  Professor because his internationally renowned work is an important reference for the staff and for the students.” Geuze wants to further use that knowledge to talk about design as well. “Architecture and the Built Environment in Delft is a large faculty, with the advantage of many views available. The nice thing is to bring that spectrum of views into the limelight so that students can form their own opinions.”